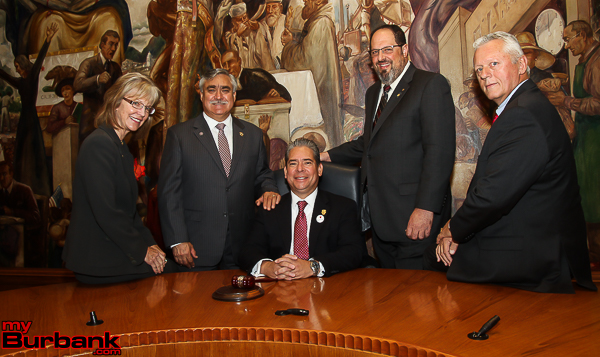 As is the tradition that the City Charter, May 1 is the day that newly elected – and re-elected – candidates are giving the oath of office for their elected positions in front of a standing-room-only crowd in the City Council chambers.

It is also a day where incumbents who have stepped down are giving the appreciation for their service to the community. 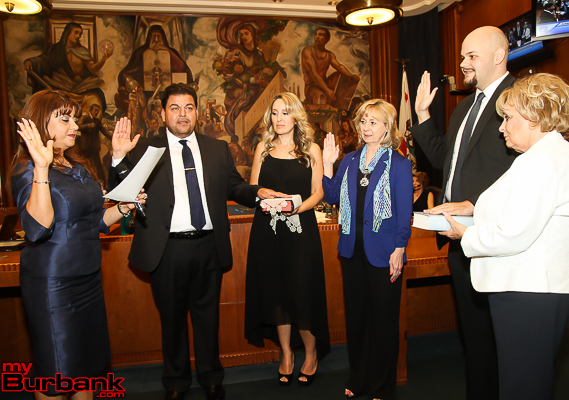 Newly elected members of the Burbank School Board are sworn in by Burbank City Clerk Zizette Mullins (Photo by Ross A. Benson)

Burbank’s School Board saw two new members and one returning member take their oath to start the day. Roberta Reynold won re-election while newcomers Steve Ferguson and Armond Aghakhanian were both elected to fill the seat held by Ted Bunch and the vacated seat that was left open when Dave Kemp abruptly quit the board after hearing criticism from the public about the potential hiring of a new school superintendent.

City Councilwoman Emily Gabel-Luddy was re-elected to the council for her second go around while Will Rogers will fill the seat that was held by Gary Bric, who had been elected twice to the council before deciding not to run this past year to once again concentrate on his business. 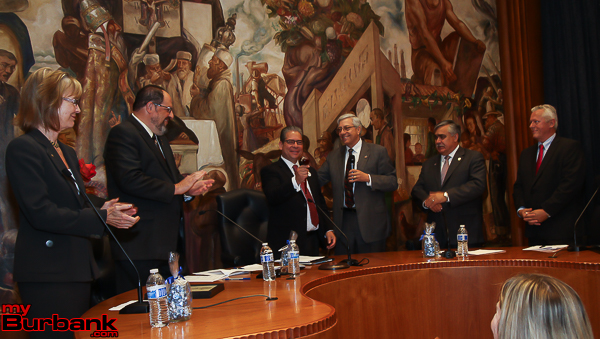 After the ceremonial gifts were past out and the thank you’s made. The Council got down to appointing a Mayor for the upcoming year. Third year Councilman and Vice-Mayor Bob Frutos was unanimously voted in the the position to replace Dr. David Gordon. A very humble Frutos thanked his colleagues for the honor and stressed his view of public safety along with making sure potholes are filled.

Jess Talamantes was also appointed Vice-Mayor. This is the second time for him after being known as the “Centennial Mayor” after serving in that position during Burbank’s Centennial a few years ago.  While not a controversial choice, it was an unexpected choice with the previous  councils not wanting to make someone the possible Mayor when they were up for re-election, which Talamantes will be in two years. 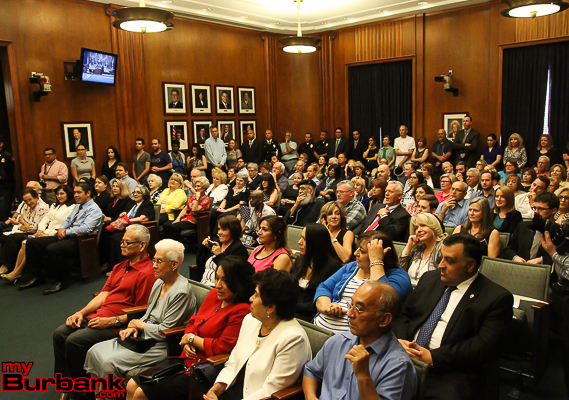 Burbank’s Council Chambers were standing-room-only during the reorganization meeting held Friday, May 1 (Photo by Ross A. Benson) 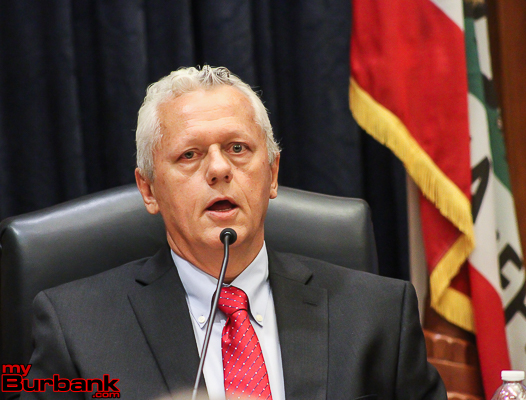 Will Rogers thanks his supporters (Photo by Ross A. Benson) 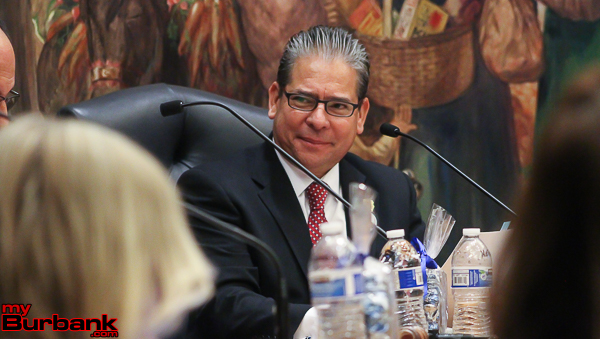 Bob Frutos takes his position in the Mayor’s chair (Photo by Ross A. Benson) 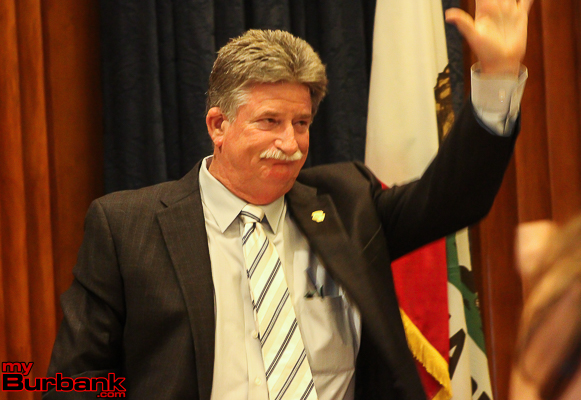 Two-term Councilman Gary Bric thanks everyone for their support during the past eight years (Photo by Ross A. Benson) 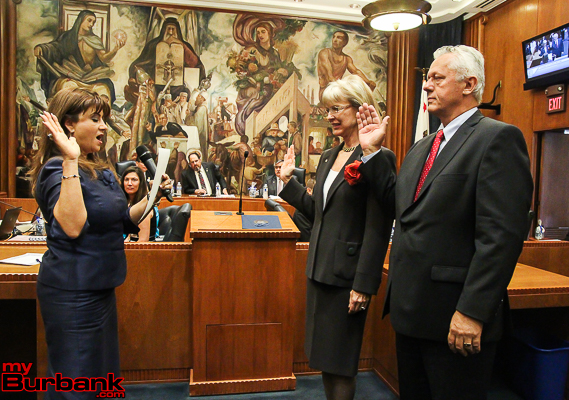 Zizette Mullins administers the oath to Emily Gabel-Luddy and Will Rogers (Photo by Ross A. Benson)