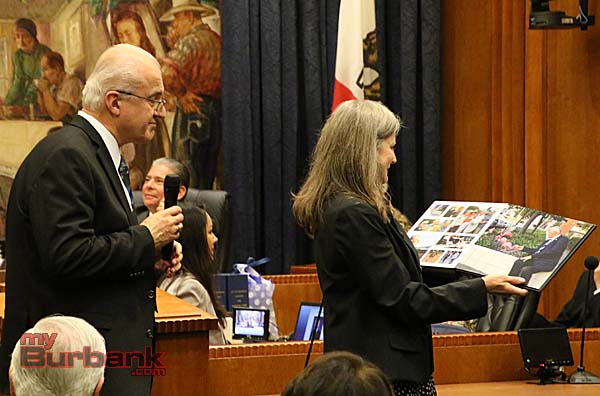 City Manager Ron Davis presents the photo album of Will Rogers term to his wife Nancie (Photo by Ross A. Benson)

After the death of Mayor Will Rogers in April, Vice-Mayor Emily Gabel-Luddy stepped in to finish the term.  On Tuesday, May 1, at the annual Council Reorganization meeting, she was voted in unanimously by her fellow Council members as Mayor for the coming year. 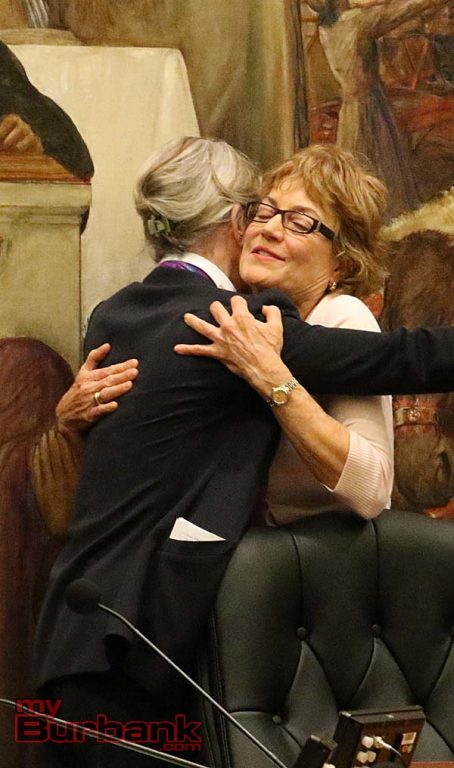 Sharon Springer was nominated by Jess Talamantes to assume the roll of Vice-Mayor and was also voted in unanimously.

This is the first time that two woman have been named to the top two spots at the same time.

Burbank’s Mayor is a position rotated to different Council Members each year when they meet on May 1 to reorganize.  The position of Mayor is mostly just ceremonial and is basically the face of the council at community functions and chairs council meetings.  The Mayor will, however, set the tone at those meetings.

Gabel-Luddy was first elected to the council in 2011.

According to her bio by the City of Burbank, she “was born in Los Angeles and raised in the communities of El Sereno and Glassell Park where she attended public schools. A graduate of Occidental College, she earned a Masters in Landscape Architecture from the University of Massachusetts.

She began her career working for local government as a landscape professional designing small parks. After two years, she joined the Planning Department in the City of Los Angeles where she gained more than 30 years practical experience working with diverse communities to address a full range of planning and land use issues. 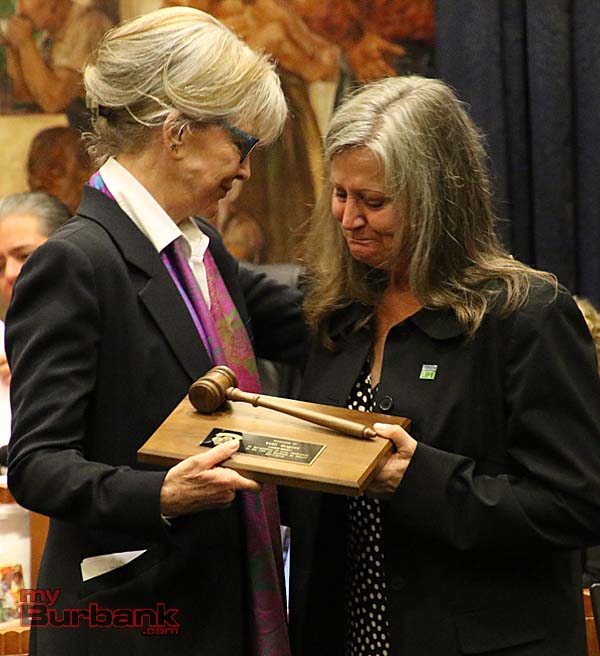 Emily Gabel-Luddy gives Nancie Rogers the gavel from her husbands term as Mayor (Photo by Ross A. Benson)

Her service to Burbank began a decade ago when she was appointed to the Planning Board. During that time, she also served the community as a member of the Blue Ribbon Task Force for Affordable Housing and the Sustainable Burbank Commission.”

During the meeting, former Mayor Will Rogers, who lost his battle to cancer a few weeks ago, was remembered by the Council, staff, and representatives of different elected officials who came to speak. The meeting was adjourned in Roger name.

First up for the Council will be to name a new member to take over for Rogers remaining term that will end in 2019 and what may be a very contentious budget battle. 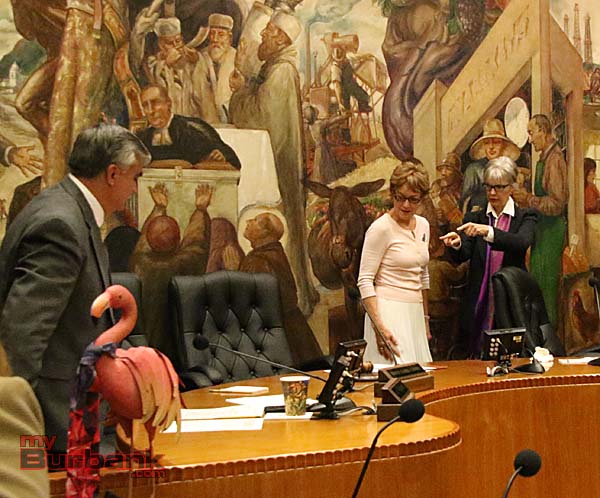 Sharon Springer is shown her new seat on the Coucil after being chosen as Vice-Mayor (Photo by Ross A. Benson) 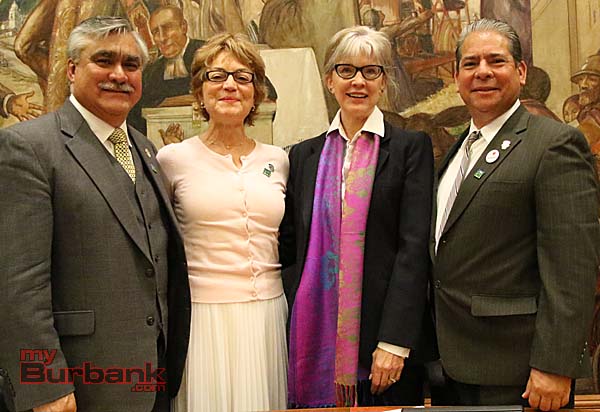 The City Council Reorgnzation CARD 1
(Photo by © Ross A Benson)