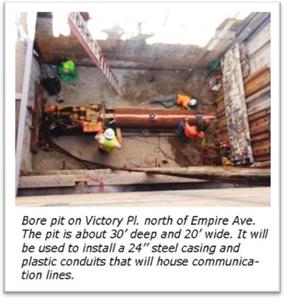 What to Expect: Residents and businesses close to the freeway may notice vibration and construction noise, but it will not exceed levels permitted by state, federal and local regulations. Also, the contractor is using approved dust-control measures to minimize airborne particles, but some dust is expected. Additionally, motorists should be attentive to new traffic patterns created by restriping of travel lanes and concrete barriers. Please proceed cautiously and watch for workers.

For the safety of the construction crew and motorists, please be attentive to closures, slow for the cone zone, and move over one lane where possible.