On December 6  at Lakeside Golf Club Realtor Eric Benz was installed as the 2013 President of the Burbank Association of REALTORS .   He also received the REALTOR of the year award, the first time an incoming President has received that recognition. 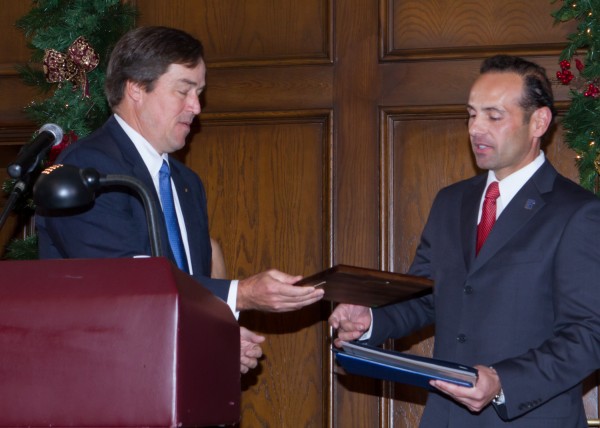 Over 300 guests and dignitaries attended including, Mayor Golonski of the Burbank City Council, who presented the key to the city to the 2012 President Christopher John Rizzotti. Frank Trotta, 92 years old, received the Life Time Achievement award.  Trotta was President of the association in 1963 (the year Eric Benz was born) a Burbank resident for over 80 years.

Dr. Martin Small, Veterinarian, received the Citizen of the year Award for his outstanding volunteerism and service to the animal shelter and pets of Burbank. Realtor Jim Woodburn received the Cunningham Award for service to the community after 40 years as a Burbank Rotarian and President of Rotary 1974/75.  They painted and upgraded schools, provided benches for the Burbank nature trails and supported students with engineering scholarships. Jim is also qualified engineer, in fact he was the chief engineer for the city of Burbank 1951-85, he also served as Treasurer of the retired public employee assn. and Wesley retirement homes community and a past President of the Burbank Historical Society. Affiliate of the year was Robert Rondou manager of Wells Fargo.

The 2012 President Christopher John Rizzotti, also received state and national congressional honors for his service and in turn he presented President’s awards to Jobe Whelan and Brian McKim from Skyline, Dr. Brian Paul the Chief Executive officer of the largest trade association in the city and Shelley Valencia from Glen Oaks Escrow.

The Sirens from Burbank High School were the musical entertainment.

Swearing in of 2013 Burbank Association of Realtors Board-of-Directors 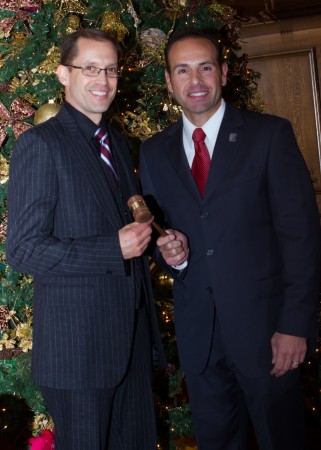 Affiliate of the Year – Robert Rondou

Realtor of the Year – Eric Benz

Citizen of the Year – Dr. Small