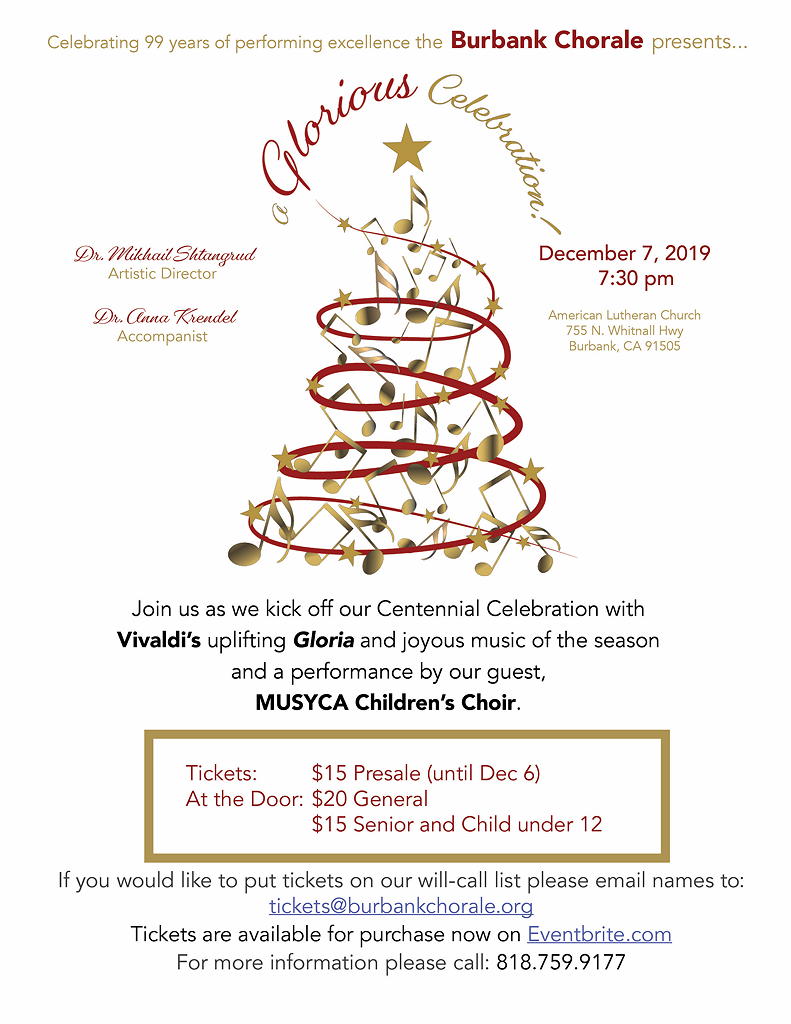 Get in the spirit of the season with the Burbank Chorale’s Annual Holiday Concert, under the direction of Dr. Mikhail Shtangrud. The concert, themed “Glorious Celebration,” will feature Vivaldi’s Gloria, along with carols and holiday favorites, plus our popular audience sing-along. The Chorale will be accompanied by noted pianist Dr. Anna Krendel and the Burbank Chorale Orchestra, with special guests MUSYCA Children’s Choir.

Now in its 99th year, the Burbank Chorale is the longest continuously performing arts organization in the San Fernando Valley and one of the oldest musical groups in the state of California. Throughout its distinguished history, the Burbank Chorale has won numerous awards and has performed at historic events including Olympic Chorus during the 1932 Olympic games held in Los Angeles, and the World’s Fair expositions in San Diego in 1935 and San Francisco in 1939. In 2007 and 2010, members of the Burbank Chorale performed at Carnegie Hall under the baton of John Rutter.