Burbank police received a call from Walmart around 1:20 pm on the afternoon of Tuesday, August 27 of a threat.  The store was immediately evacuated of both customers and employees while waiting for Burbank police to arrive.

Walmart Parking lot nearly empty while the Burbank Police investigate after a suspicious phone call received and the store evacuated. ( Photo by Ross A Benson)

Police sent out an update at 2:00 pm with the following, “At about 1:20 PM, Burbank Police received a call from Walmart reporting that a suspicious phone call and a perceived threat was received inside the store by an employee. At this time, the details of that threat are unknown, as Police Officers have not yet spoken to the employee who answered the call. Store management chose to evacuate the store prior to the arrival of police. We are working with store personnel to investigate this incident and determine the validity, type, and origin of the threat.”

myBurbank was keeping followers aware of the situation via Twitter, reporting a possible bomb threat per the employee until corrected by Burbank Police in an email.

At 2:43 pm, Burbank Sargent Derek Green said “Our released statement never mentioned a “bomb” threat as you said in your Tweet. It said we had yet to interview the employee to determine what kind of threat.”

At the time, more than an hour had passed and it is not known why it took so long to interview the employee. 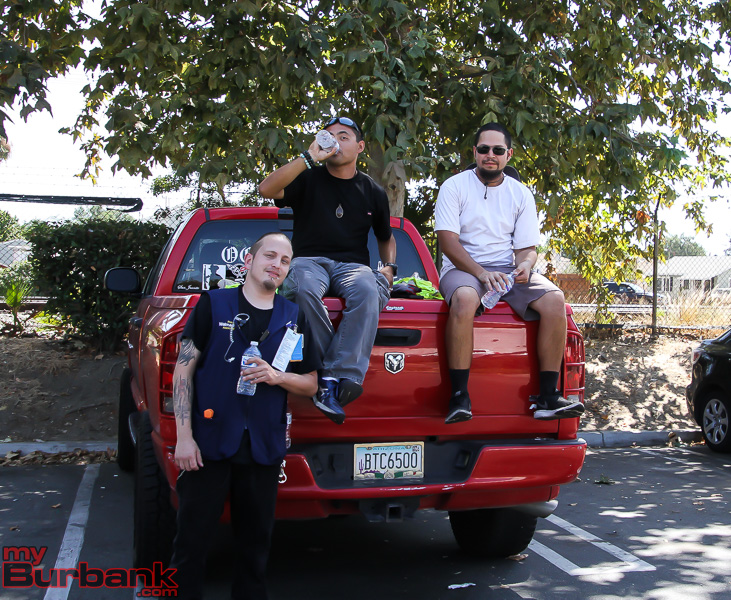 Employees hung out near their cars while Burbank Police searched the store during the incident. (Photo by Ross A Benson)

At 3:10 pm, police then sent out a release, “Ongoing police investigation at Walmart in Burbank. Allied agency response with explosive detection dogs being deployed to search Walmart following phone call threat of an alleged explosive device inside the store.”

Dogs searched the store until 3:22 pm when they said there was nothing found in the store. Police at 3:45 pm said they deemed the store safe for re-entry.

No other details have been released at this time.

In the release, police said, “The Burbank Police Department takes all threats seriously and investigates any threat, perceived or otherwise, to the fullest extent necessary to protect and ensure the safety of the public.” 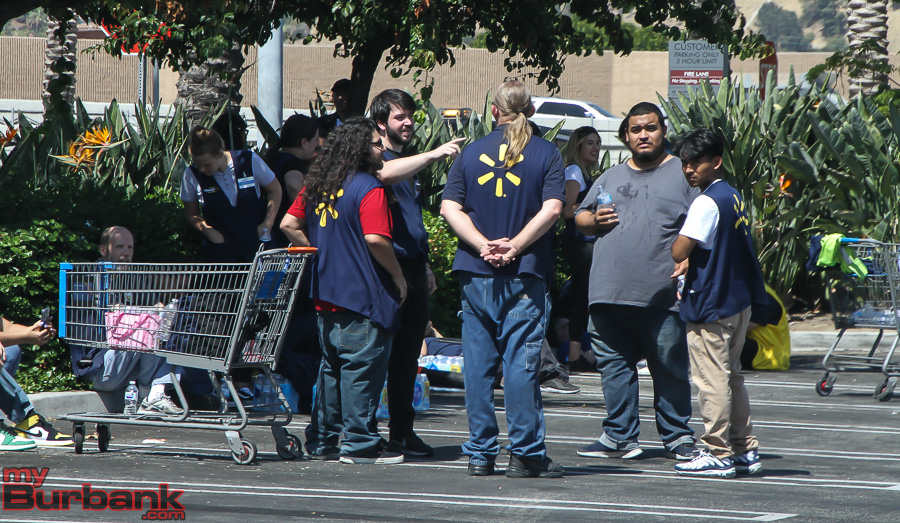 Employees wait for the sign that the store is safe and they can return to work. (Photo by Ross A Benson)