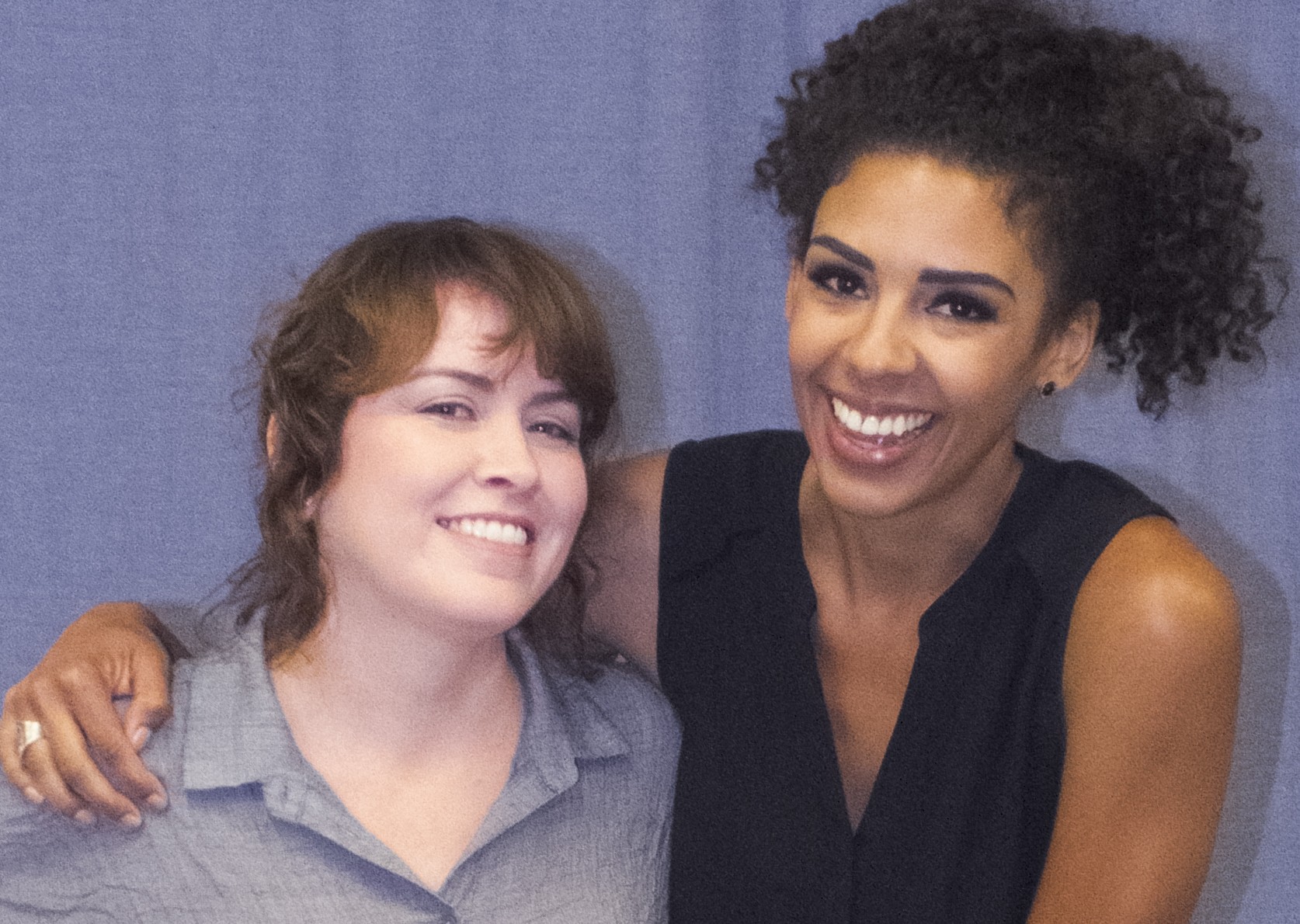 Everyone who loves comedy should head to Falcon Theatre late this summer to see the hilarious Off-Broadway hit Parallel Lives.  Not only is it the first show of Falcon Theatre’s 2016-2017 Subscription Season, but the show is also celebrating its 30th Anniversary. First performed by the authors, comediennes Kathy Najimy and Mo Gaffney, in 1986 at Second Stage in Manhattan, Parallel Lives touches on topics that are still relevant today.  The Falcon production stars Crista Flanagan (MADtv, Mad Men) and Alice Hunter (House of Lies, Another Period), led by director Jenny Sullivan (Weisenthal, The Baby Dance).

From deciding what colors the human race will be to determining whether men or women will get the privilege of giving birth, a pair of capricious supreme beings orchestrate a hilarious montage that makes fun of modern life while celebrating it.  With boundless humor, the audience is whisked through an outrageous universe, where two women portray numerous characters, both male and female, struggling though the common rituals of life.  Each scene can stand alone, yet taken as a whole they contribute to the overall theme that people can be and do anything.  Through various relationships the audience is presented with a witty, sometimes raucous, view of gender issues, equality, and interpersonal connections.