The 2017 Middle School Track meet certainly had some stars that have surnames that are no strangers to Burbank.

Some of the top performers Friday night at Memorial Field have long family ties to the city.

One of the most interesting matchups was in the 6th grade boys’ 400 meters. Konner Barrett of Luther matched up against Ryan Dellutri of Jordan.

Barrett’s father Jeff was a legendary Burroughs quarterback who later played at Brown University. Dellutri’s father Todd was a Burroughs track star and wide receiver, who played football at USC.

Dellutri will certainly look to top his father’s 56.5 in the 440-yard dash in two years. The 400 meters is nearly similar to the 440, which is no longer run.

Speaking of meet records, Dellutri set one in the 200 meters by going 27.1. The previous record had been 29.8.

Muir 8th grader Israel Madariaga set the 400 meter record by going 57.2 seconds, breaking the previous record by one tenth of a second.

The girls’ competition saw just one record that equaled a meet record.

Please see the entire meet results with top five finishers in each race. 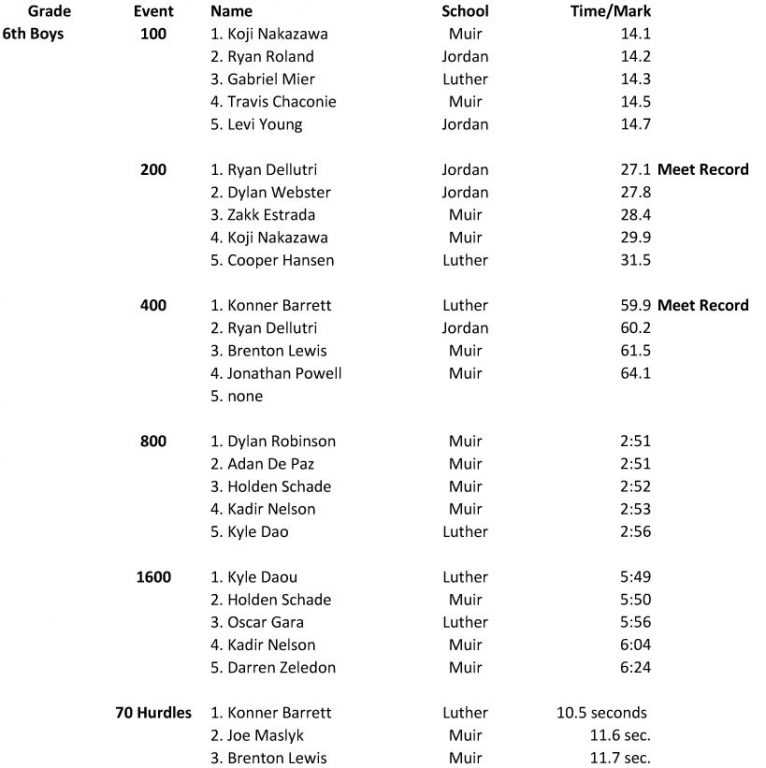 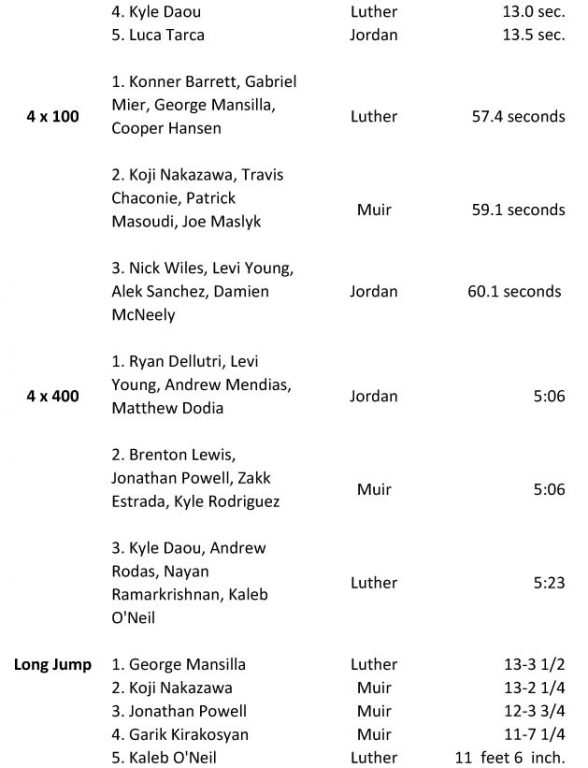 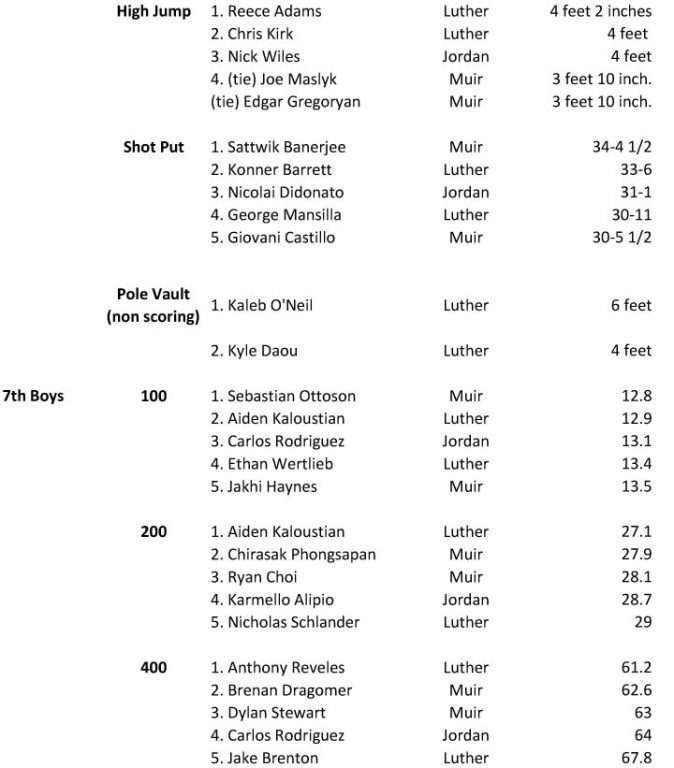 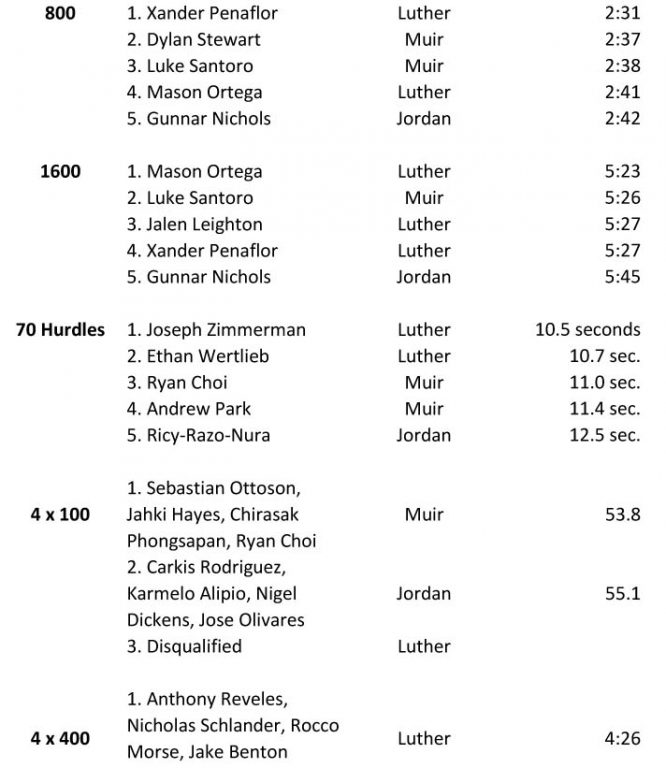 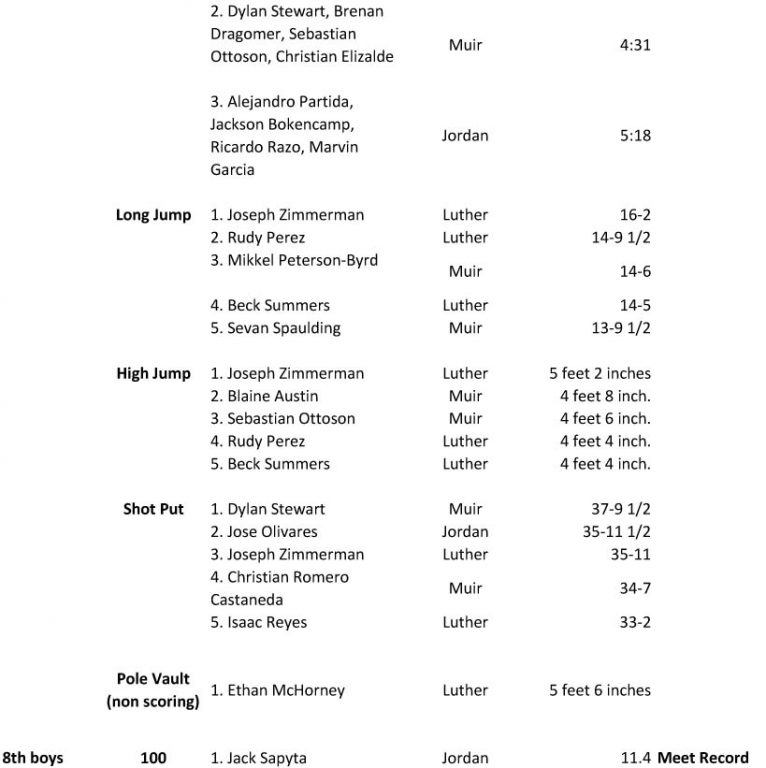 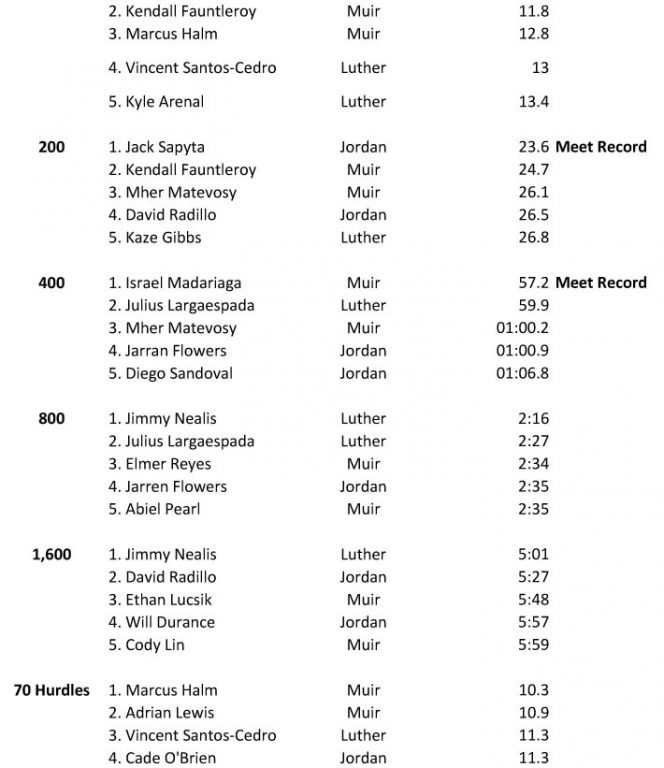 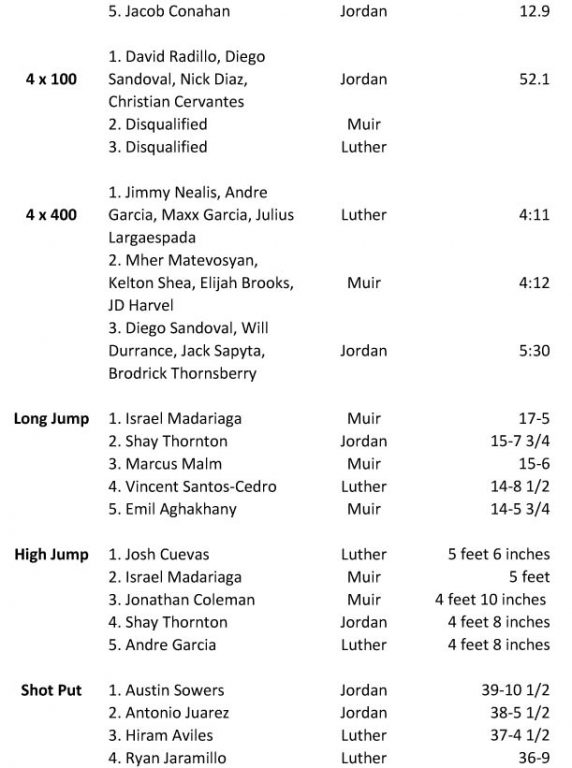 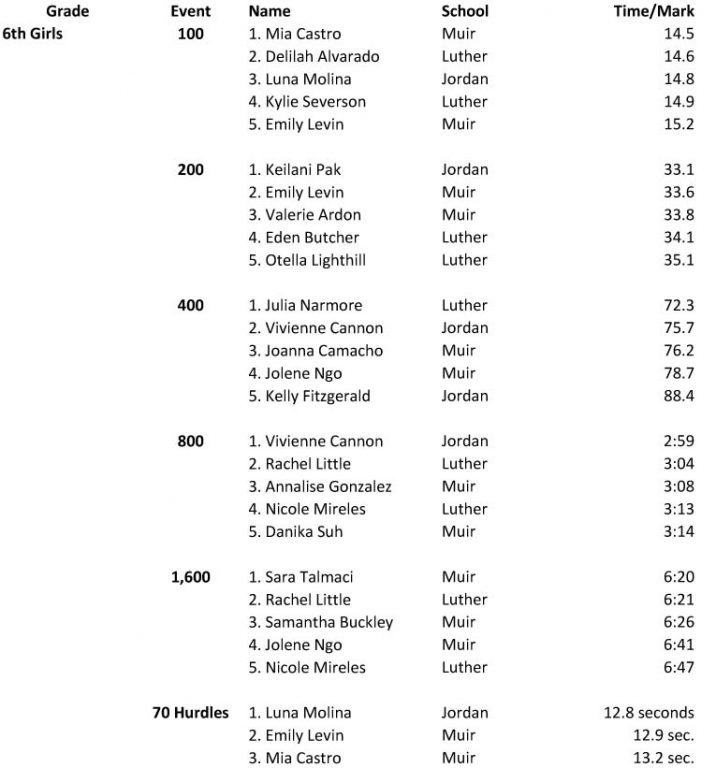 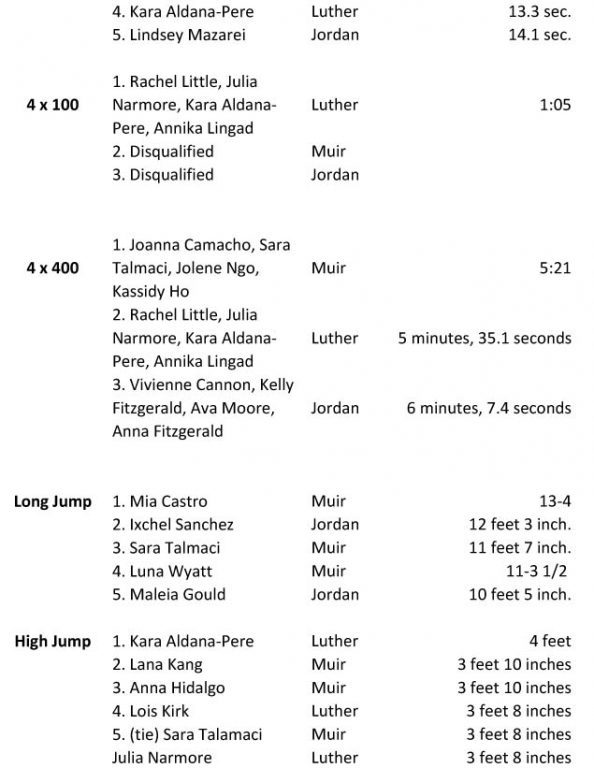 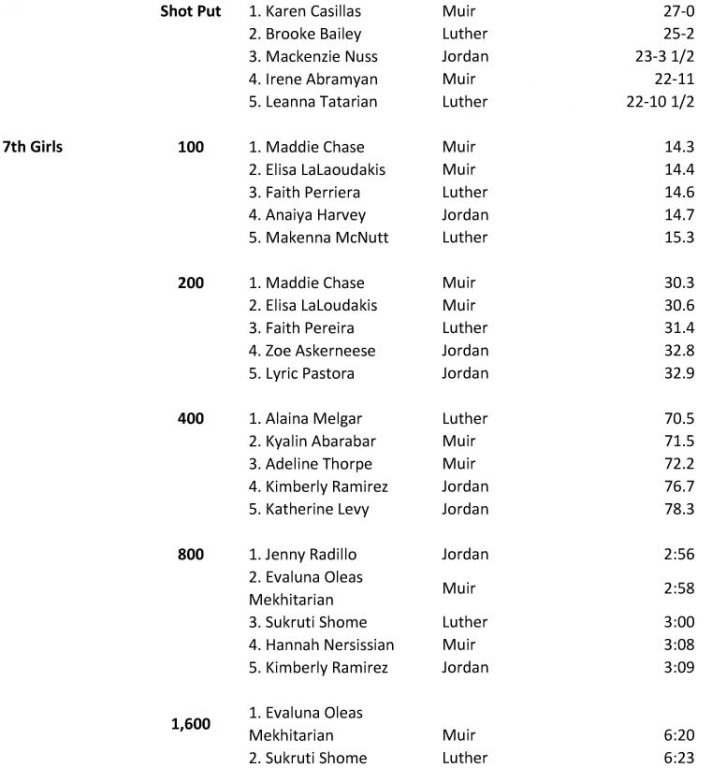 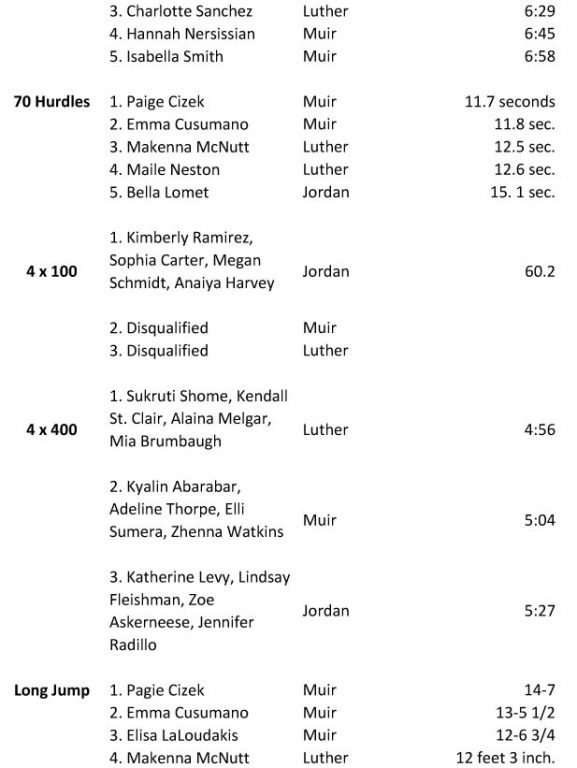 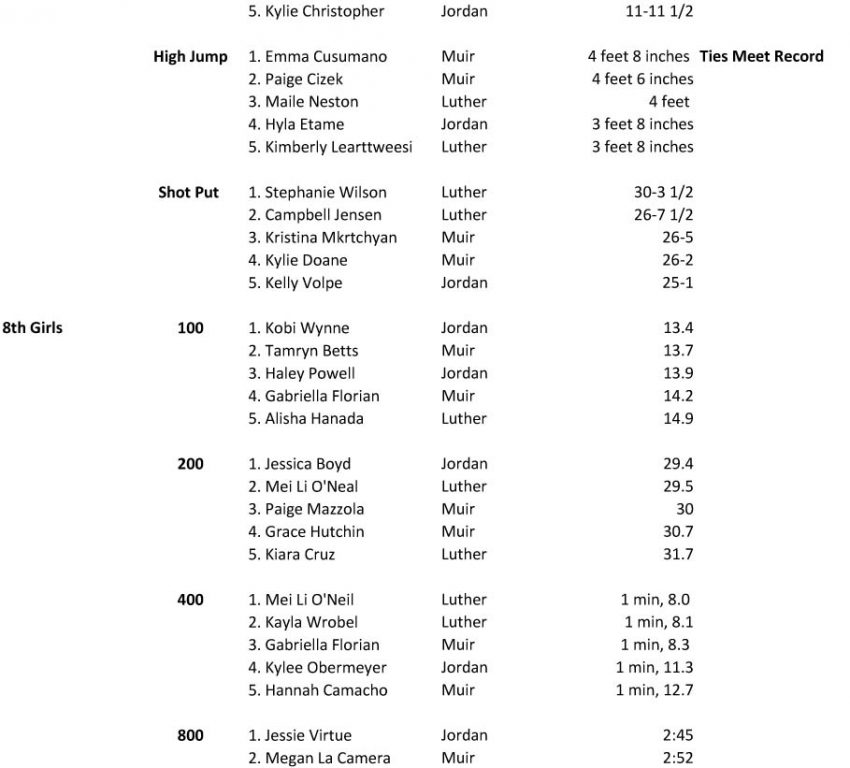 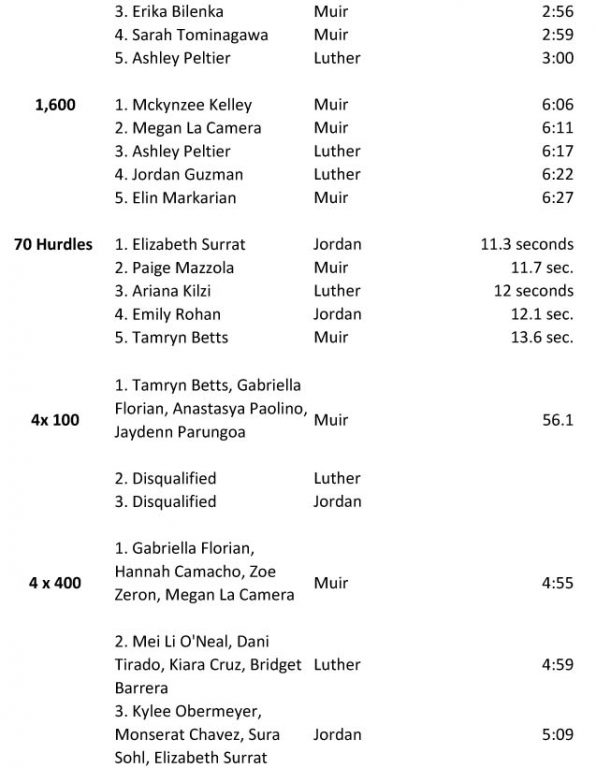 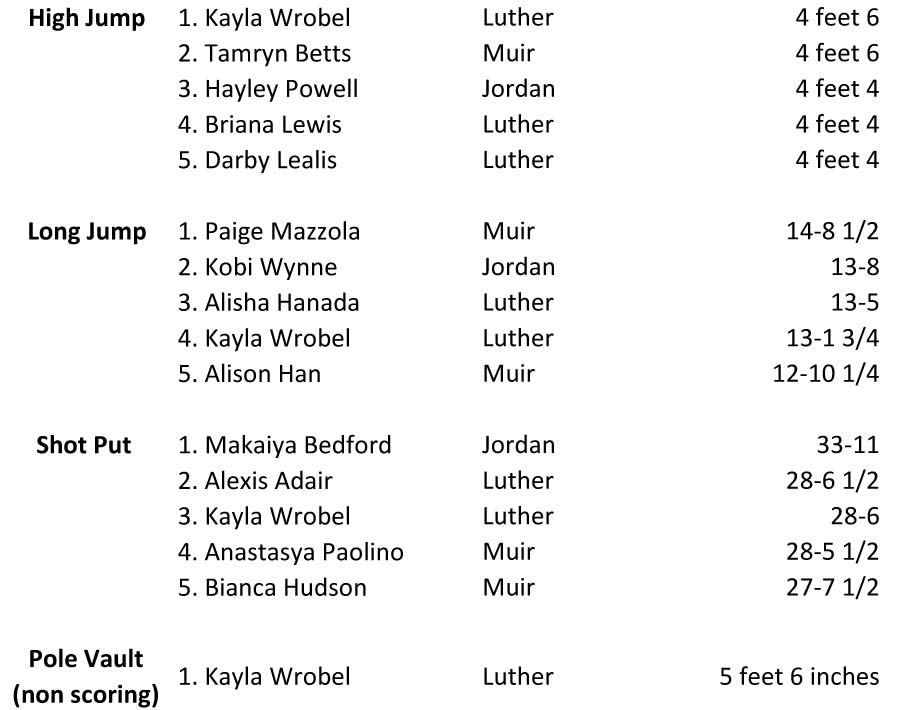