Stephany Washington had never in her life been displaced. She still doesn’t know why it happened. But in 2014 she was homeless.

“I wanted to give up but I looked at my babies and I knew I had to pull it together,” she said.

She started the program offered by Family Promise of the Verdugos in June and completed the program on Sept. 2. She has a new job and new home for herself, her son, Nathan Harris and granddaughter Lenise Williams.

“I got my sense of direction back. I got my stability and employment and never felt so safe, staying with the churches. It helped give me a spiritual connection again,” she said.

Washington told her story to more than 40 people gathered at a reception for Family Promise supporters on Oct. 7 at Porto’s Bakery and Cafe in Burbank. 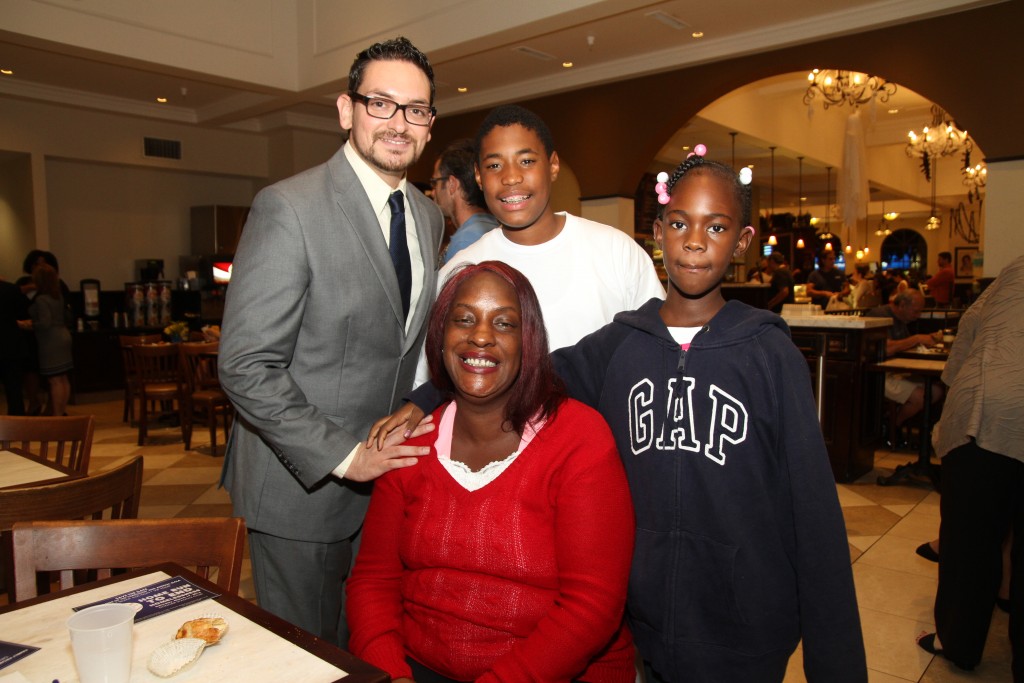 The event was the launch of the 365 Club, a fundraising campaign that encourages supporters to donate a $1 a day to help homeless families return to a safe and stable living environment.

The vision of Family Promise is to assist homeless children and their families by providing up to 90 days of food, shelter, counseling and job training for those who have become homeless for the first time through no fault of their own, said Hernandez, who was named executive director just three months ago. Case workers help families through a partnership with local faith-based congregations and other community resources. 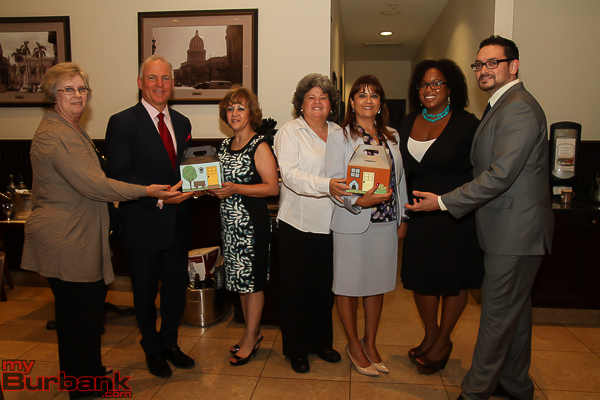 Several fundraisers are planned to keep the program’s doors open. Each month Family Promise is having a restaurant fundraiser. The next one is from 11 a.m. to 10 p.m. Oct. 22 at Barragan’s Mexican Restaurant, 730 N. Victory Blvd. Mentioning you are there to support Family Promise will earn the charity 20% of your bill.

Another fundraiser called Houses for Change has a double meaning. Businesses can display the cardboard mini homes and the public’s donations of “change” will help homeless families “change” their lives. 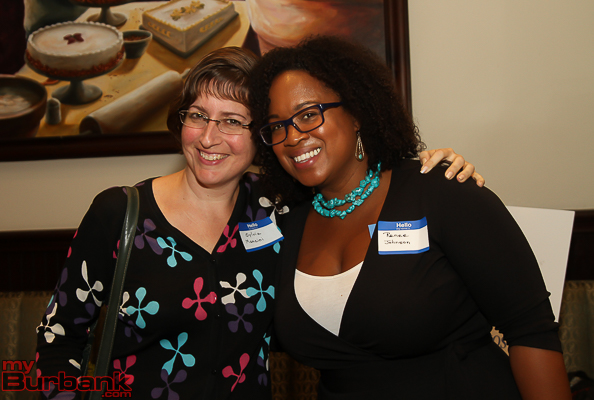 Family Promise is also offering a Job Readiness workshop to the community from 7 to 8 p.m. on Oct. 21 at the Catalina Activity Center, 2321 N. Catalina St. Reservations are necessary and can be made by calling (818) 599-4090 or email executivedirector@familypromiseverdugos.org.

Sandy Thompson, president of the board of directors, thanked the donors in attendance for contributing to the program’s success.

“The supporters who are here tonight help us do what we do and because of those supporters, a mother, her son and four-year-old granddaughter tonight are sleeping in their own beds,” she said. 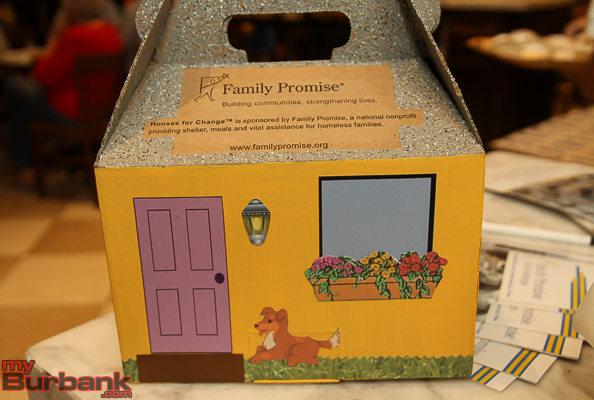 The organization has received and continues to apply for grants and has partnered with several local businesses, Thompson said.

“Any of us can find ourselves in this situation,” Cusumano said. “Family Promise provides a safe place and brings the family together while the parents can concentrate on getting a new job. Family Promise has a vision and leaders will make a difference in the community. Let’s make sure this organization has the tools to accomplish its vision.” 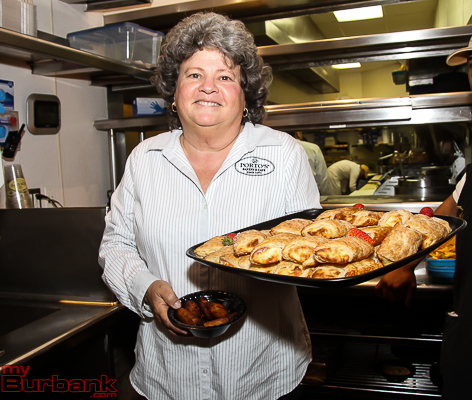 Hostess with the mostest, Betty Porto, made sure everyone’s dishes were filled and that they tried the newest potato ball filled with melted cheese and diced Jalapeño chili peppers.