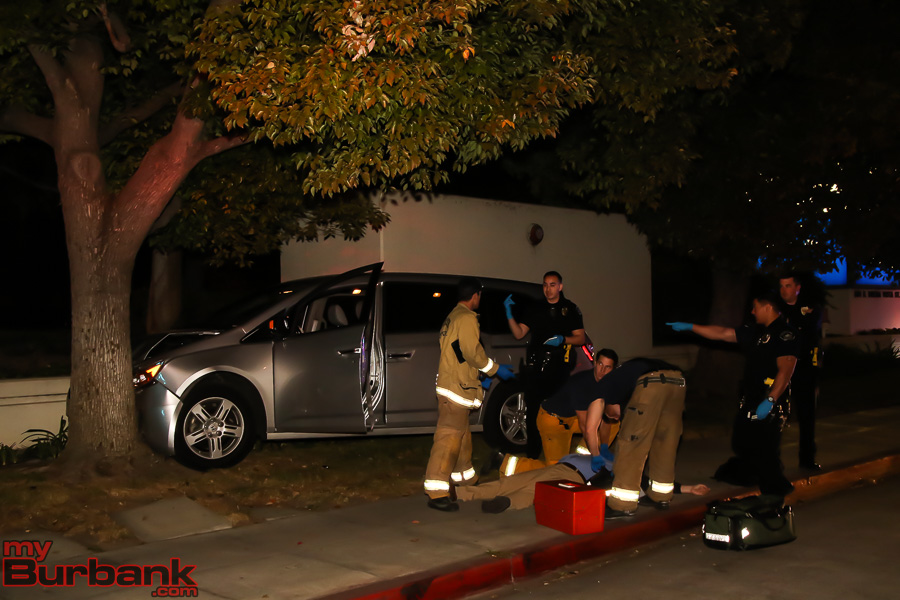 UPDATE 11:52 am: Burbank police have stated through a Twitter post “The investigation has shown this was likely a medical emergency behind the wheel, which led to a single vehicle collision into a tree.”

Burbank Police were dispatched to the scene of a reported vehicle which had hit a tree at Buena Vista and Alameda Streets late Thursday evening. The first officer on the scene came across a minivan on the curb, which had run into a parkway tree, with an unresponsive male in the driver’s seat.

Burbank Police officers got the male driver out and started CPR and lifesaving techniques until Burbank  Paramedics arrived and took over.

The 63-year-old driver was transported to Saint Joseph Medical Center where he was pronounced dead.

Southbound traffic on Buena Vista was detoured for over an hour while the accident scene was investigated.

Burbank Police’s Traffic Bureau is conducting the investigation and asking anyone who might have witnessed the accident to contact their investigator at 818-238-3100.

City of Burbank Craig Sherwood - March 2, 2021 1
City files suit to have Tinhorn Flats shut down. Asks for injunction to have electricity cut and doors padlocked along with paying all court costs