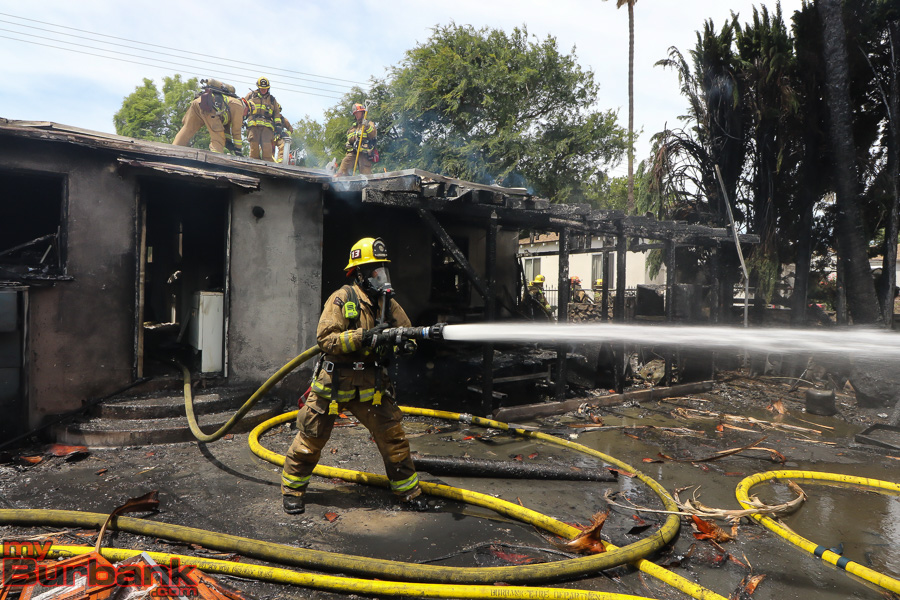 Burbank firefighters were dispatched on a possible structure fire at 11:41 am on Thursday, April 27 at 810 N. Mariposa in Burbank. On route to the scene, firefighters could see smoke from the distance.

Once on scene, firemen went to work to knock down the flames while ventilating the roof area. After a quick search firefighters found no one inside but it was later determined that a couple of pets have not been accounted for.

During the battle, power lines were knocked down giving the firemen an additional hazard to work around. The fire was knocked down at 12:15 pm.

The cause of the fire is still be investigated by Burbank Fire Investigators.