The Burbank Fire Department has responded on several dumpster-type fires that have occurred in and around alleys recently off of Glenoaks Blvd. They have appeared to have been started suspiciously. 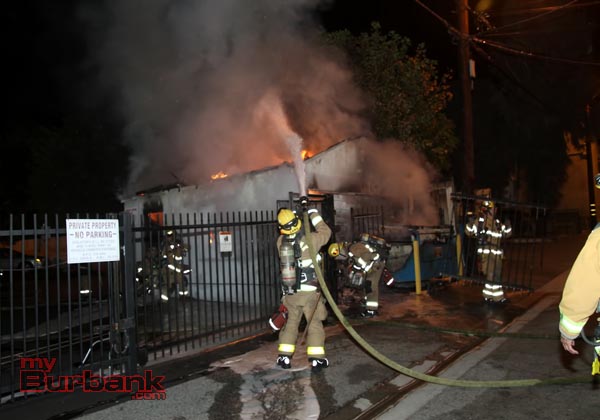 Burbank Firefighters were called again to a reported unknown fire on Saturday night behind the business of the 300 block of East Magnolia near Glenoaks Blvd. When responding firefighters arrived on scene to find a trash dumpster that was next to a detached garage with the dumpster and garage engulfed in flames.

The garage structure was totally destroyed by the fire and the contents (what appeared to be record storage) were also destroyed. 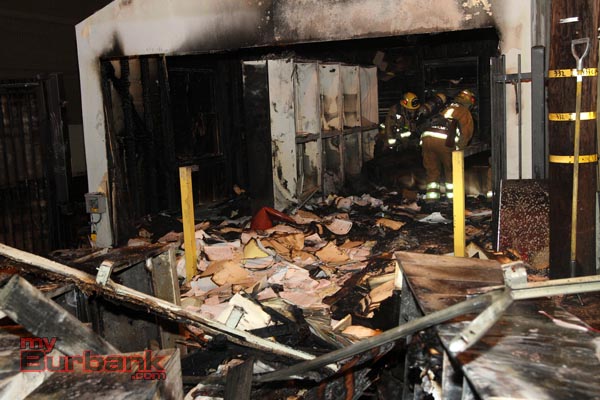 Burbank Fire Department’s Arson Investigator was called out to investigate and reported that the same trash dumpster was set on fire within the last couple of months.

The damage amount was not reported, and there were no injuries to fire personnel.

The Burbank Fire Department is asking the public if they have seen anyone hanging out in the area or in the nearby alleys to call their Fire Prevention Office during the week at 818-238-FIRE (3473) to report anything you felt looked suspicious. 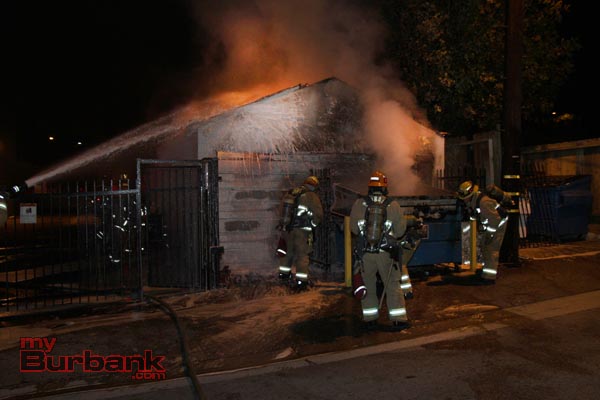