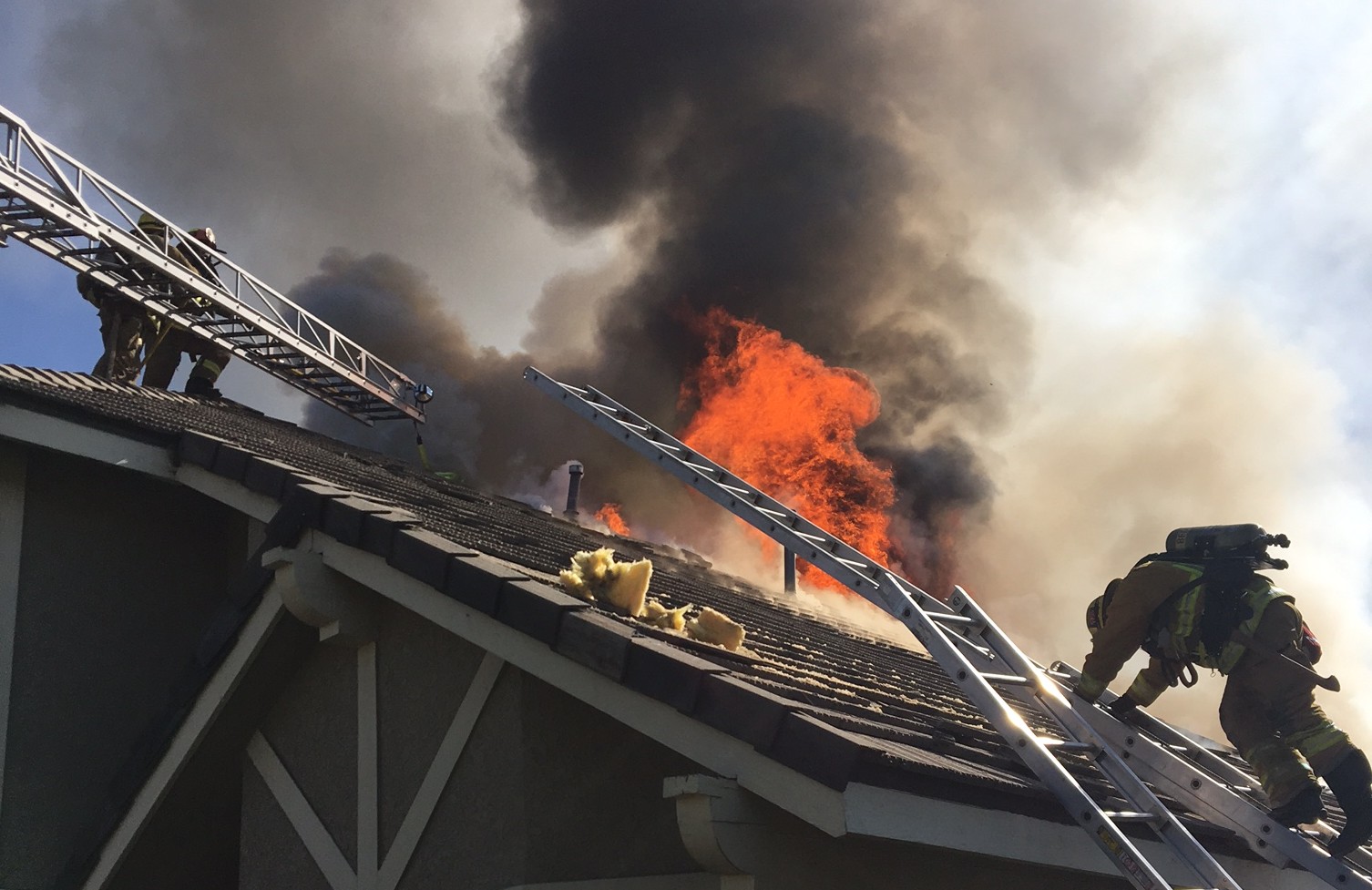 Burbank fire units were called to a potential house fire at 1040 E. Angeleno Thursday morning at 9:40 am by a caller who could see smoke coming from the roof of a two-story house.

Upon arriving on scene, Burbank firefighters found smoke coming from the attic which soon became fully involved in the back of the residence on the second floor. Firefighters also saw a man on top of the roof trying to put out the fire and quickly escorted him off.

As the fire started to spread throughout the home, a second alarm was called at 9:59 am.

A partial roof collapse occurred to the rear of the house which firefighters anticipated and steered clear of the area.

A knockdown was called at 11:03 am with firefighters continuing to stay on scene for overhaul and make sure that any hot spots are fully extinguished.

A Burbank fire investigator is on scene and at this time the exact cause of the fire is not known but anyone who may have information is asked to call the Burbank Fire Department.

There were no injuries reported.