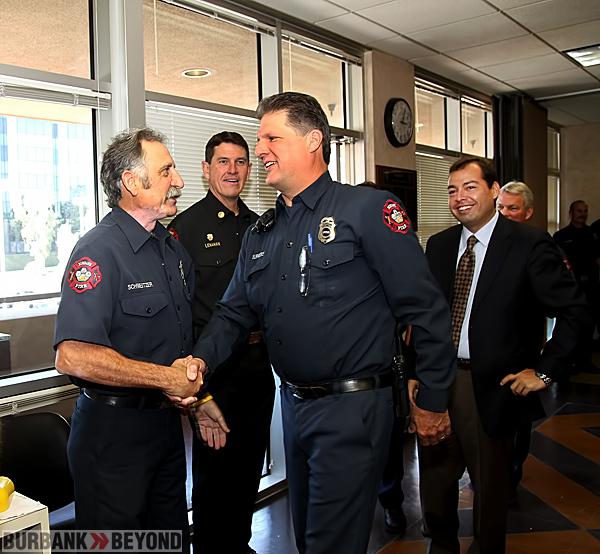 Burbank Firefighters, family friends and fellow city employees gathered this past week in the day room of the Fire Headquarters of Station 11 to wish retiring Firefighter Paramedic Scott Schweitzer all the best.

Scott a lifelong Burbank resident, along with his wife Laurie, have three children. A son Matt, and two daughters, Krista and Breanne and all were in attendance to see their dad retire after serving the city. 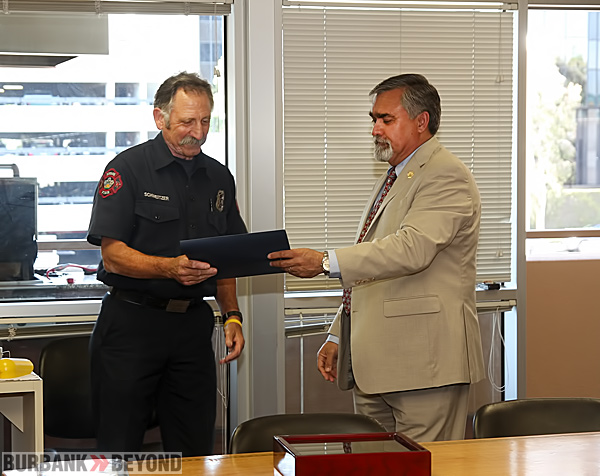 Back in November of 2003 Schweitzer was awarded The Medal of Valor Award, the highest award the Department gives for his involvement in the Matthew Pavelka incident.

Thank you Scott for taking care of thousands of Burbank residents the past 29 1/2 years. 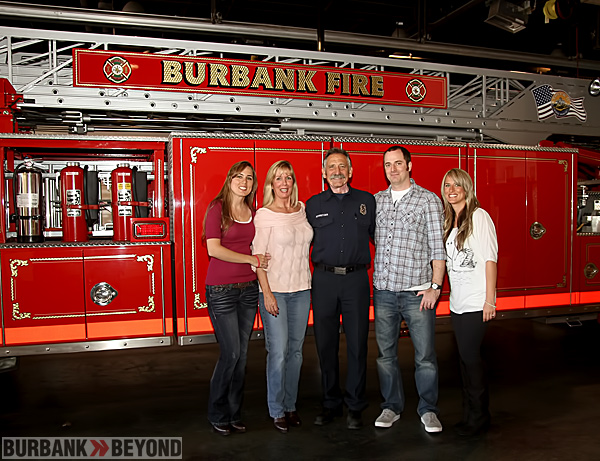 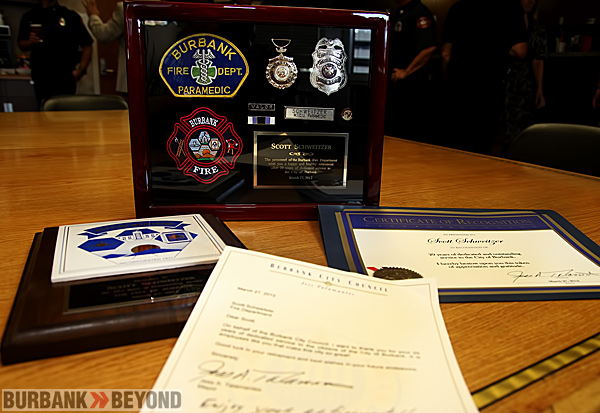