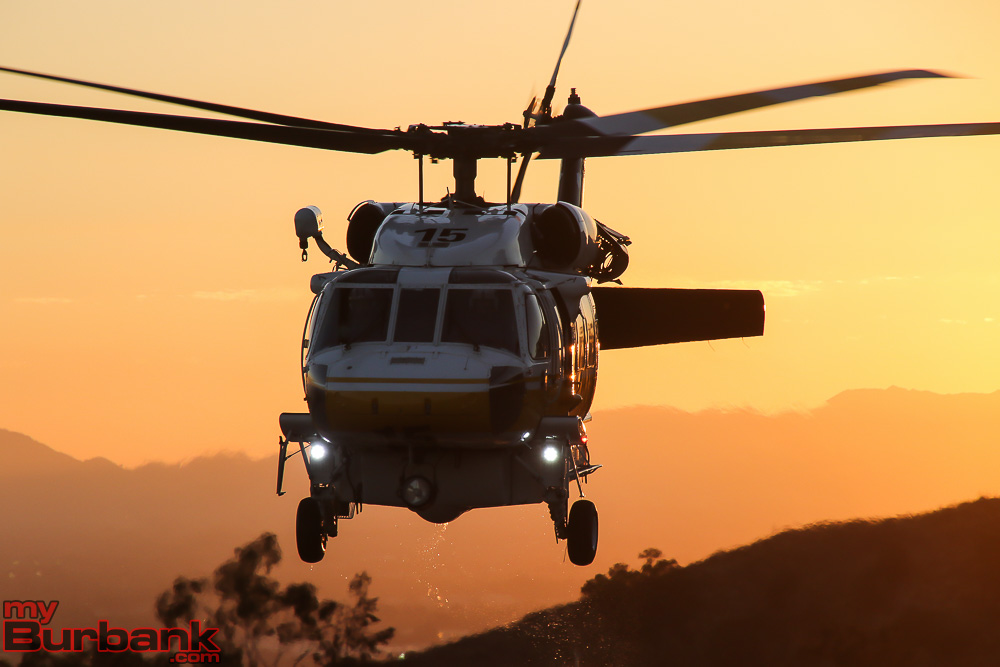 After receiving a call from Burbank police of a brush fire that had started behind their firing range in Wildwood Canyon, firefighters were first dispatched at 3:51 pm.

While en route to the fire, Burbank Battalion Chief immediately asked for a third alarm brush assignment along with water dropping helicopters and camp crews to fight the fire before it got out of hand. Fire officials have not given a cause of the fire yet.

Burbank police went door to door along Country Club Drive, knocking on doors and asking residents to leave. There was no evacuation center for residents and they were allowed to return to their homes about an hour later.

The first Los Angeles County Fire Helicopter on scene dropped off a crew of Firefighters on an adjoining hilltop and then dropped a load of water.

The helicopters were being filled at the Starlight Mesa Helipad. Members of Los Angeles County Camp Crews were going to stay overnight hitting any hotspots.