Burbank fire responded a full assignment to a bus that had caught fire in an alley in the 300 block of East Angeleno Thursday morning at 12:05 am.

Upon arrival, firefighters reported that a bus in the rear alley was fully involved in fire and there was possible danger to businesses near it. 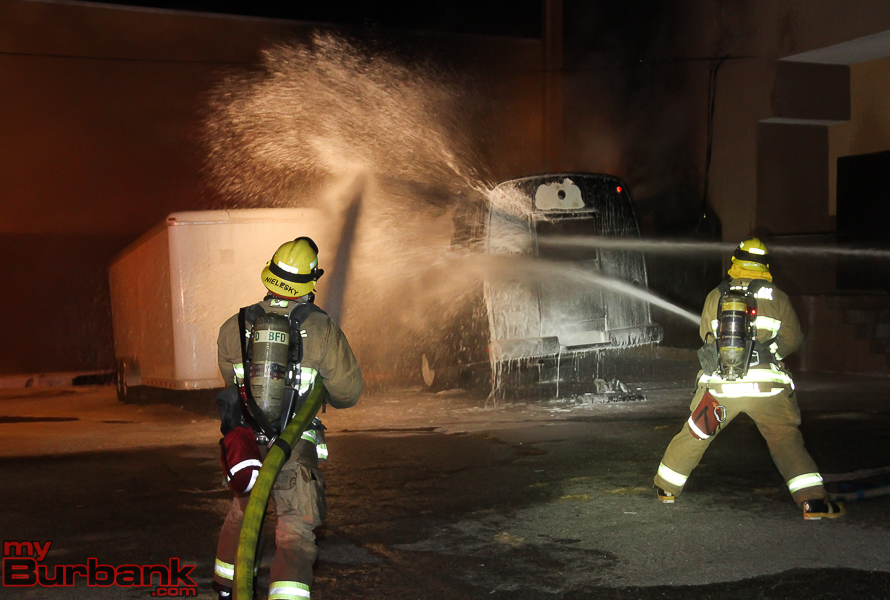 To make matters worse, power lines directly over the bus fell, draping over the bus and giving firefighters a problem with putting out flames that were still burning inside the bus. With the power lines down, there was also a fear for not only firefighters, but also police officers working crowd control to try and avoid any running water on the ground for fear that the power lines could have put an electrical charge into the water.

Water and Power arrived at the scene around 1:30 am to assist at the scene and by 1:40 am had shut down any wires that remained hot.

Firemen laddered the nearby Salvation Army to check the roof to make sure that fire had not crept into the building. 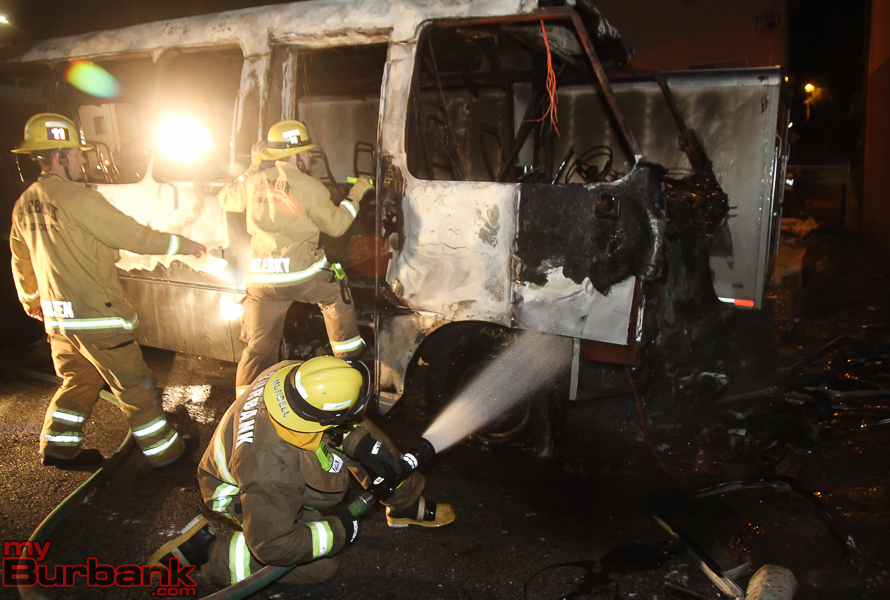 An arson investigator was dispatched to scene. A cause of the fire has yet to be determined.

There were no injuries during this incident.

The bus was reportedly registered to the Grace Middle Eastern Church. No one was available from the church to confirm that they still owned the bus.