Firefighters Quest for Burn Survivors rolled through Burbank on Friday rallying for donations from several local businesses and stopped for a catered lunch on the back lot of The Warner Bros. Ranch facilities. 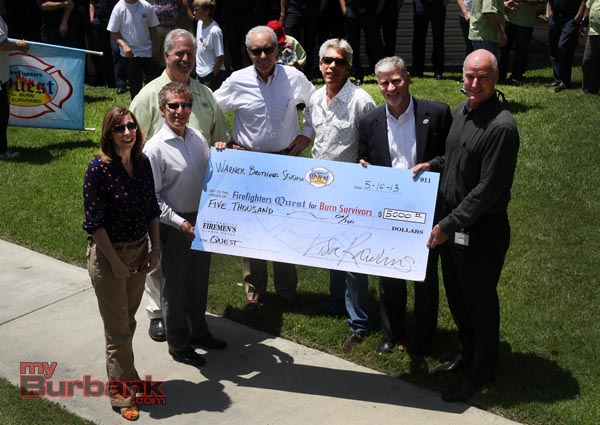 “Firefighters Quest for Burn Survivors” is a non-profit organization managed by firefighters and civilians who volunteer their services and are dedicated to assist those that have been affected by burn injuries. Burn injuries are devastating, and the majority takes a lifetime to heal. The physical and emotional pain the victims suffer is something firefighters see on a regular basis. As a result, the organization was founded in 1996 following the Southern California Malibu Brush Fire in which six firefighters were injured due to burns received while being entrapped in a “Firestorm”. 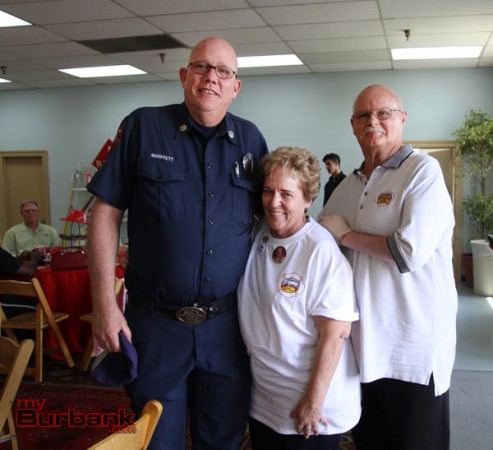 Burbank resident Bill Jensen, a Glendale firefighter, received the most serious life threatening burns sustaining third degree burns to 70% of his body. After three months of surgeries, care and treatment and the miraculous efforts of those who cared for him, Bill beat the 5% chance of survival and was released from the burn center on his birthday that next year.

Through Bill’s experience and that of other burn survivors, it has been noted that while the patients care and treatment is being managed and monitored by doctors and nurses, it is usually the families whose lives are thrown into dis array. Through the efforts of this organization, support ranges from family and patient visits to providing material and/or monetary donations to the patients and/or immediate family to assist during the critical time of recovery.

Several Burbank Firefighters serve on the Board of Quest along with Glendale Battalion Chief Tom Propst who is the Executive Director. 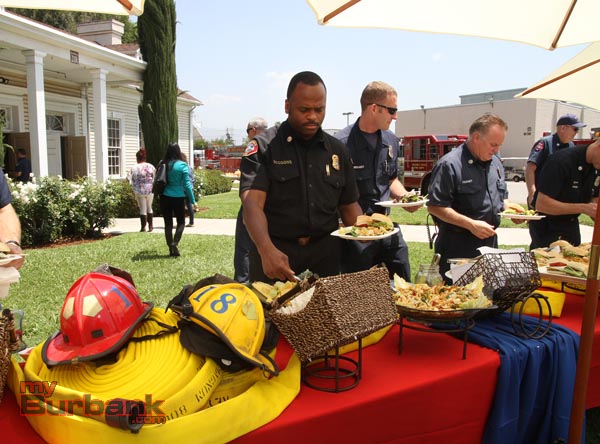 During Fridays stop at Warner Bros, their Fire Department Engine 18 and crew hosted a lunch for the caravan of participants, Engine Companies from Pasadena, Glendale, Burbank, Beverly Hills, and several more enjoyed a delightful meal and followed with introductions of Warner Bros. Vice Presidents and Directors of Security & Fire Departments. A check was given on behalf of Warner Bros. in the amount of $5000.00, to help the organization. 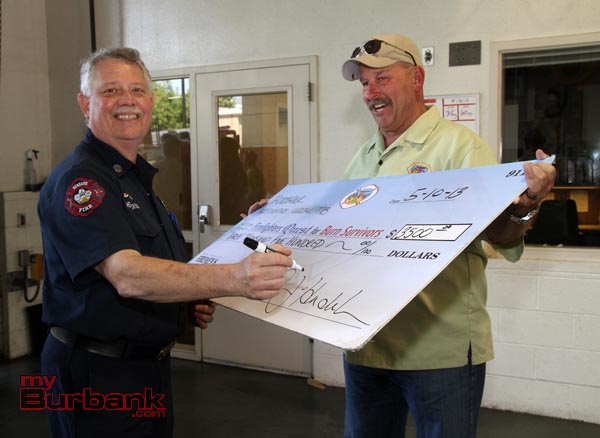 Burbank Firefighters Local 778 Director Peter Henderson sign a BIG check in the amount of $3500.00, as Jeff Howe from Quest assists.(Photo by Ross A. Benson)

Once on the road again, the Quest traveled to Disney Studios, Vons Pavilion on Alameda, and then headed to Burbank Fire Headquarters, where Burbank Firefighters Local 778 presented the Quest with a donation in the amount of $3500.00. After leaving headquarters, the quest continued on to Million Air, and The Bob Hope Airport Fire Department.  Early reports received reported the Quest in their 5 days of traveling the State they raised in excess of $110.000.00 for burn survivors. 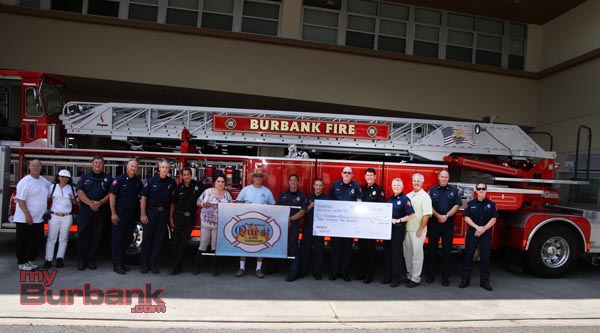