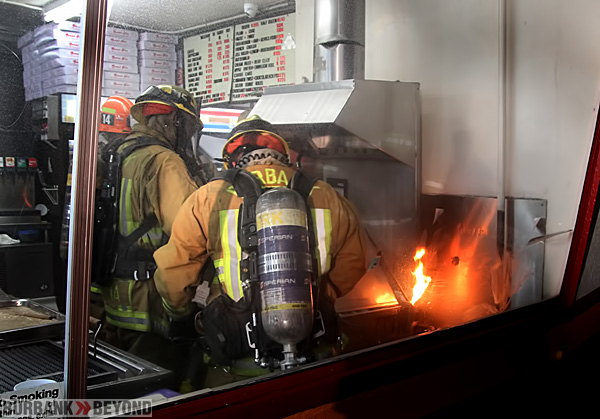 Burbank Firefighters work to extinguish a donut oven fire at Donut Hut on Magnolia Blvd and Keystone. (Photo by Ross A. Benson)

Burbank Fire Fighters were summoned to Doughn-t Hut located at Magnolia Blvd. and Keystone Street around 10:16 pm not because they had a sweet tooth, but the fryer had caught fire, from collected grease.

Firefighters cleared the building of smoke and made sure the oven fire was totally extinguished.  Burbank Engine 14 remained on scene until Los Angeles County Health was contacted, as the business could not reopen till inspected.

There were no injuries, and unknown damage, but plenty of spoiled doughnuts.