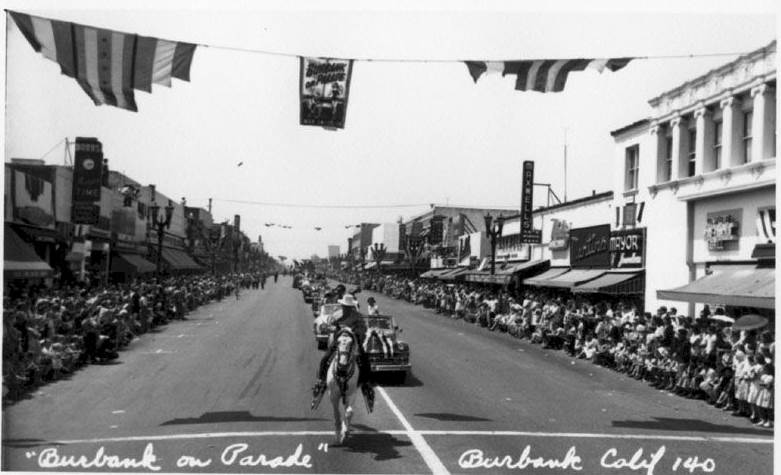 Chances are that if you are familiar with vintage photographs of Burbank you have seen this Wolfe’s work yourself.

Paul E. Wolfe got his professional start in the late 30’s as a photographer for Lockheed Corporation. He soon branched out and became the official photographer of the City of Burbank, as well as St. Joseph’s Hospital’s Official baby photographer and also had his own studio in town.

Today I would like to focus on an aspect of Mr. Wolfe’s fine work, namely his Burbank postcard series. No one knows for sure how many different post cards he created but we do know his numbers on the cards have reached the high 400’s. Having said that, most of his work between one and the higher numbers is lost to time.

New cards turn up at ephemera shows every now and then but the bulk and total numbers of cards made Eludes us. Whenever we find a new number we don’t have we add it to Burbankia.

Mr Wolfe had an extensive library of old Burbank photos to be sure but as he retired and left the area his collection of prints and negatives were lost or thrown out. All that remains are the many photo prints we have and the ones located in the City Hall archive and at the Historical Society.

We know there are many more to be found and hope you readers of Burbank history will look for his name on photos and postcards check the front and back for his name as he marked almost all his work.

Enjoy some of these I picked for this article.

I would like to thank Mike Carson of the City of Burbank GIS department, who after reading last week’s flashback Friday about old golf courses in town shared with me an aerial photo showing one of the miniature golf courses I mentioned on Magnolia from a 1950 aerial photo and that led to a wealth of finds in the other aerial photo maps we have added many new photos to Burbankia with Mike’s help!