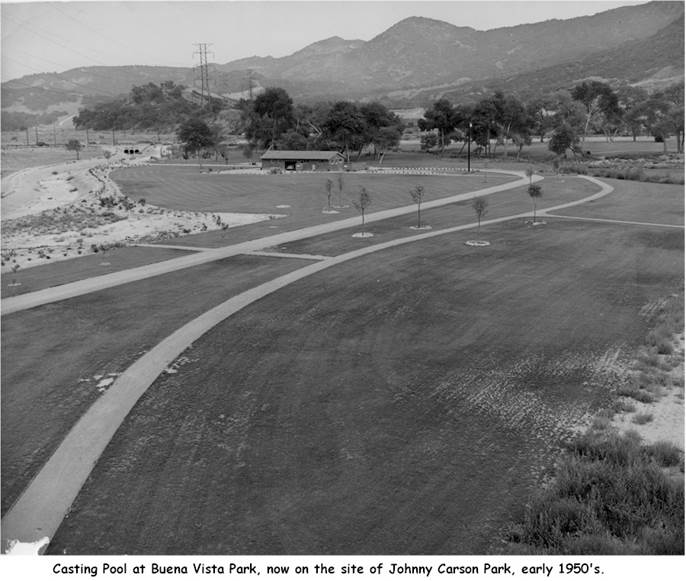 Before it became known as Johnny Carson Park, the wonderful sprawling park between St Josephs Hospital and the old NBC Studios property was known as Buena Vista Park. 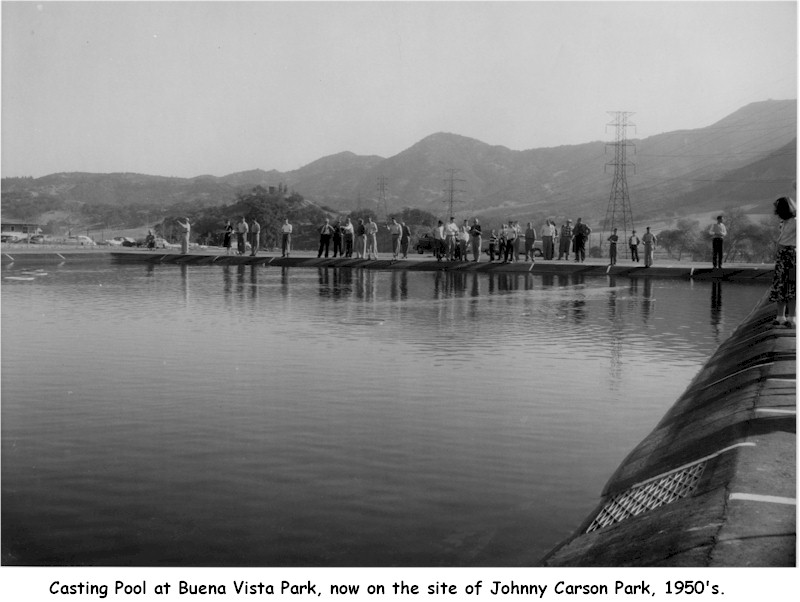 It was noted for its wandering trails and its small stream and a large casting pool.

The pool quickly became the favorite hangout for young boys who like to fish and make and sail model boats.

Many great events took place at the site and it quickly became a favorite camp site for local Boy Scout troops. I remember several overnight camping outings there as a Scout in the late 1960’s.

Alas the casting Pool is gone now and the park has been totally redone. But many will remember the Scout Camps, Sail Boat regattas, learning to fish and the great family picnics. I know also that the new park is creating many fond memories for people today that will last a lifetime. 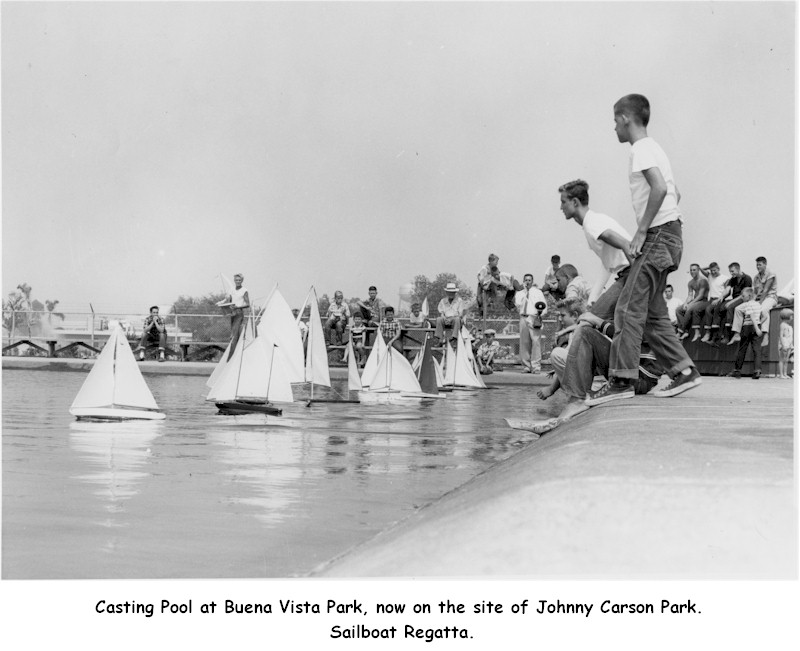 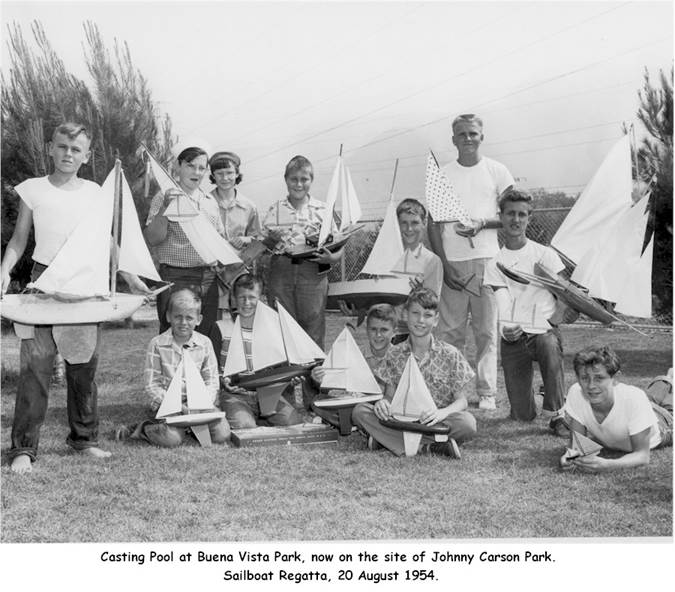 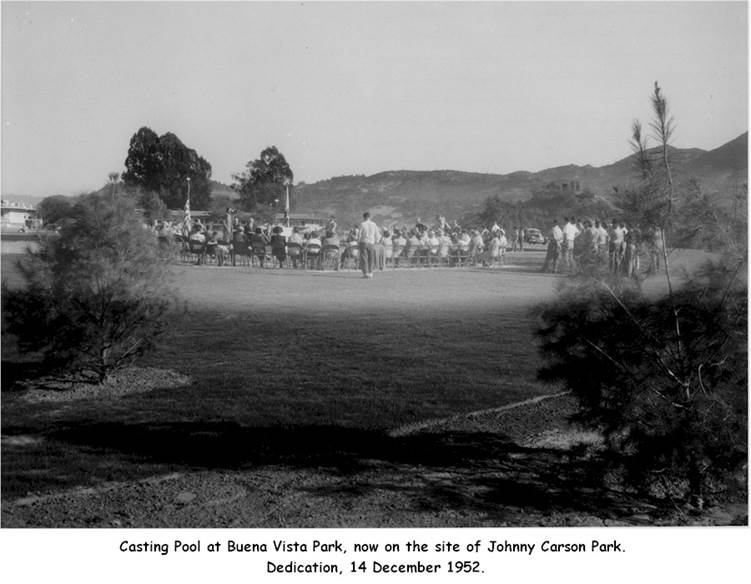