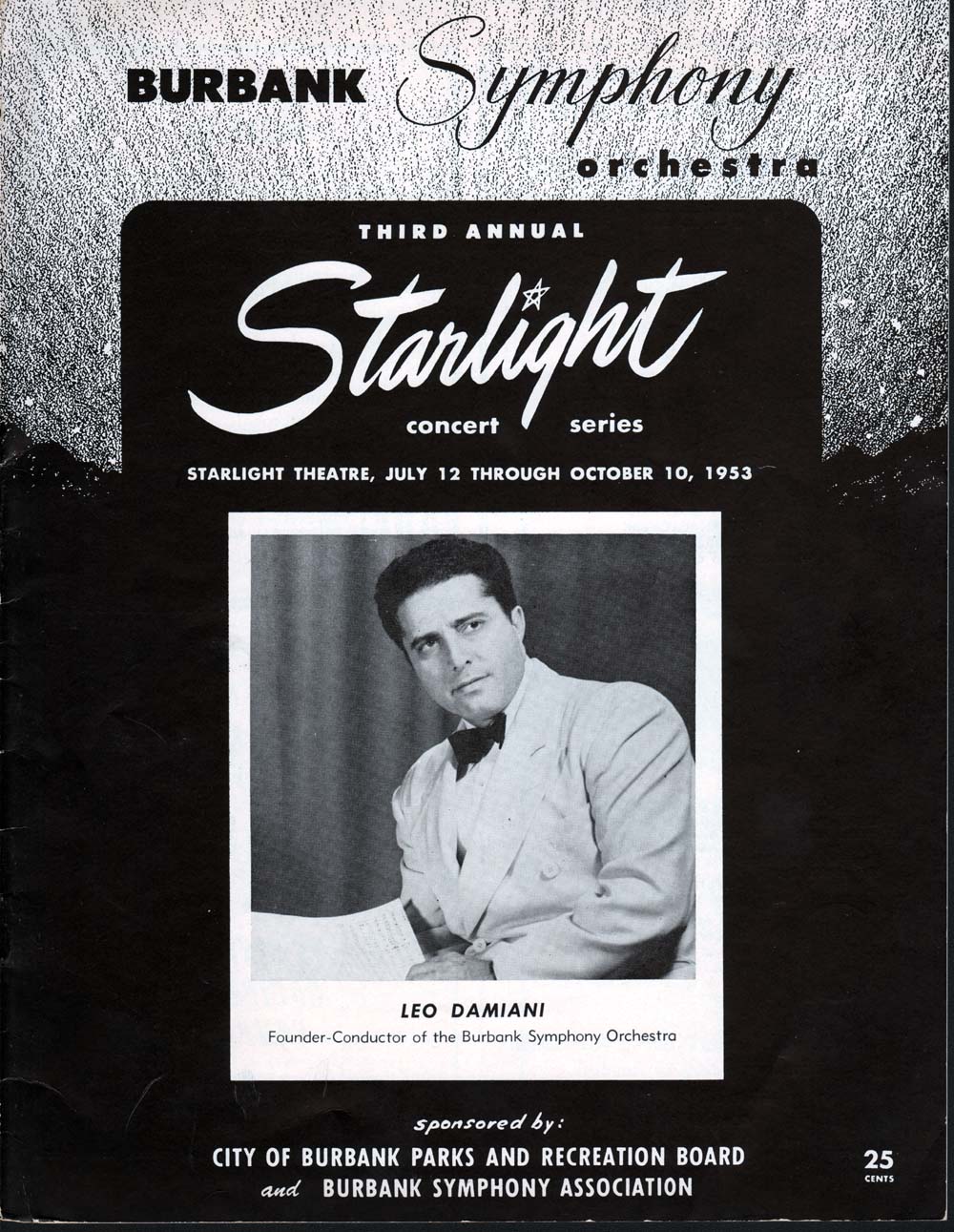 As the City Parks Department Offers up great Music via tribute bands and retro performers, did you know that the Starlight Bowl was home to a first rate Symphony?

Well indeed it was, The Burbank Symphony was The 3rd Highest Rated Orchestra in the Western States and performed all over the Country.

There was also a highly rated Youth Symphony Also!

Every year they were the headliners at the Starlight Bowl. They Played with such notables as Horace Height and Les Brown.

The Symphony was founded in 1944 and the youth Symphony in 1948 by Conductor Leo Damiani.

Damiani had over 1500 compositions of his own and was associated with the Warner Bros music department as well as having conducted orchestra’s from Vancouver B.C. to Minneapolis. He was trained at Julliard In New York, impressive credentials for a local Orchestra Conductor.

All in all the Burbank Symphony was another world class group from Burbank you may have never heard of.

You can read more here: http://wesclark.com/burbank/symphony.html