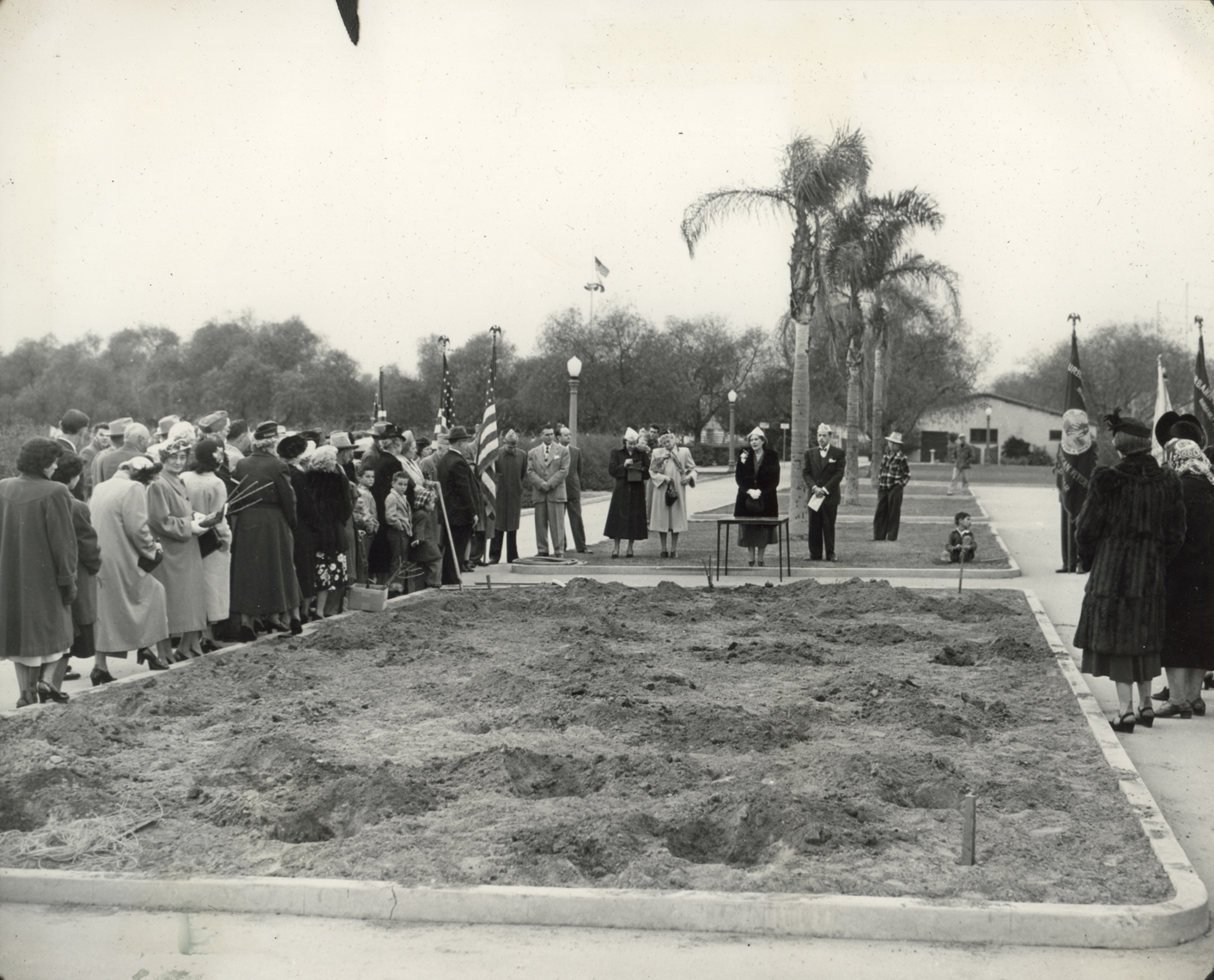 In 1946 , a group called the Burbank Gold Star Mothers, along with the brother of one Burbank Soldier, began raising funds to create a Memorial Rose Garden at McCambridge Park along the Drive Off Amherst into the center of the park.

It would be a lasting tribute to the Men and Women from Burbank who gave their lives in WWII. 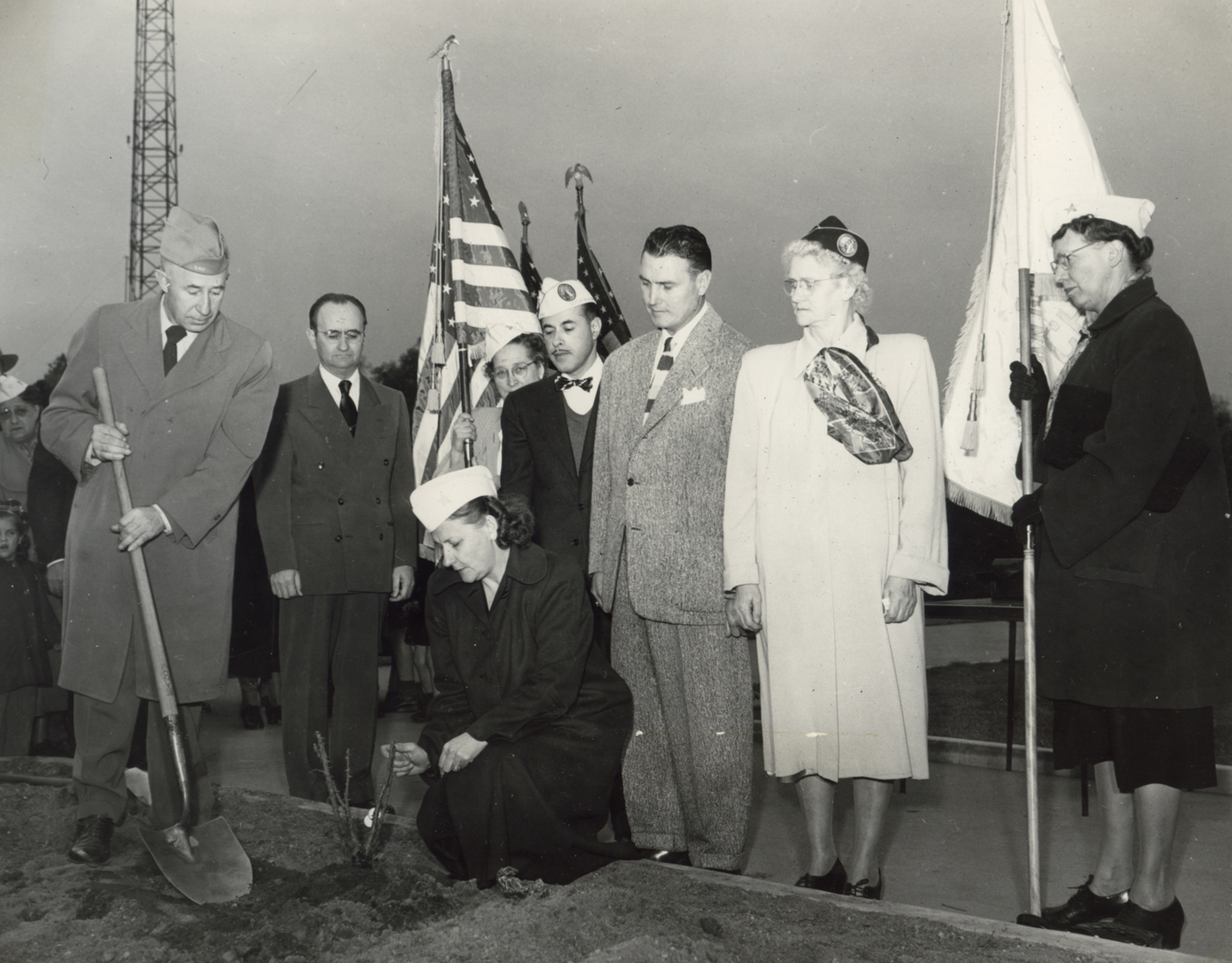 The Rose garden would later be moved to the corner of Amherst & San Fernando Road.

There an Obelisk with an Eternal Flame of Remembrance was placed with the rose gardens surrounding it. Later plaques would be added with the names of all Burbankers who gave their lives in all conflicts.

Today it is a reminder that Freedom is not free that a price has been paid.

Each Memorial Day, The city’s Veterans Committee holds a ceremony where all the names are read and a Red Rose is placed on the memorial in their Honor and Remembrance.

If you have never been to this 70 year old sacred Burbank monument or The Memorial Day event, come by this Monday and learn of and remember those who came from Burbank to protect our Freedom but did not return home. 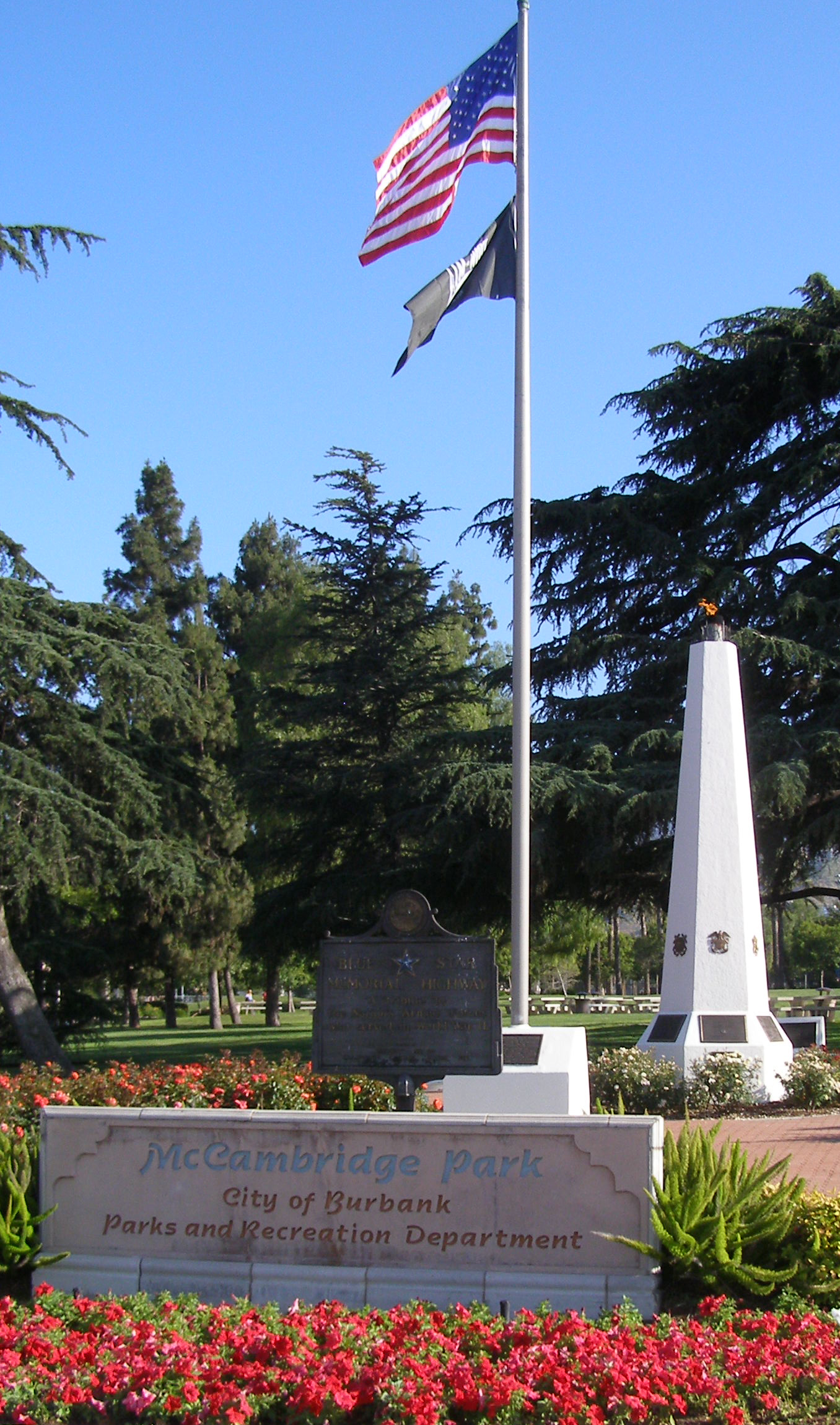