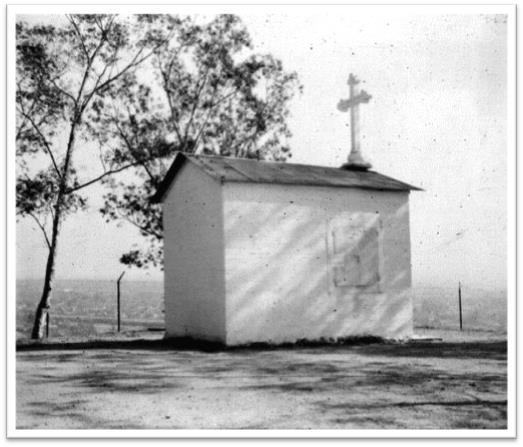 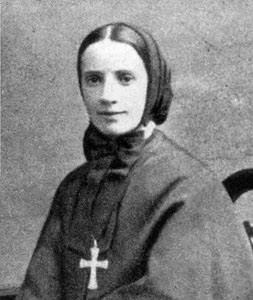 As a child I remember riding in my Dads car going north out of town on the Golden State Freeway and seeing a small chapel with a large cross on top, up on a hill above Villa Cabrini Girls School on the edge of town.

It was a mystery as to what this old small structure was?

Flash forward a number of years and I came to find out that it was the personal chapel belonging to Saint Francesa Saveria Cabrini the first American to be canonized by the Catholic Church.

She was sent by the Pope to help Italian immigrants in America. She ended up founding 67 institutions for orphans including Burbank’s Villa Cabrini School for Girls, now the campus of Woodbury University. She was born in 1850 and Died in 1917. 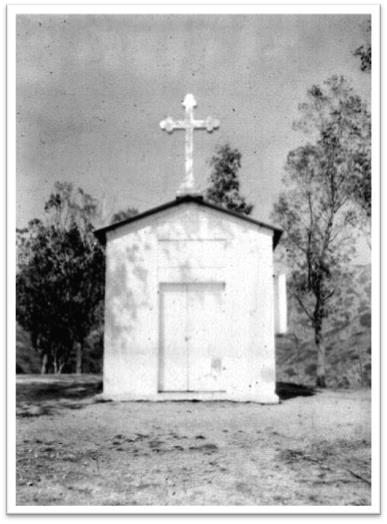 She will always be remembered for her helping so many thousand people across the country and here in Burbank. The  Chapel was carefully removed in 1974 and placed in the back of Saint Francis Xavier School on Scott Road.

Restored with an annex added, it can still be visited today and is open on the first Sunday of each month.

The chapel is a true piece of Local and National History.

CLICK HERE FOR FURTHER INFO ON MOTHER CABRINI AND HER CHAPEL. 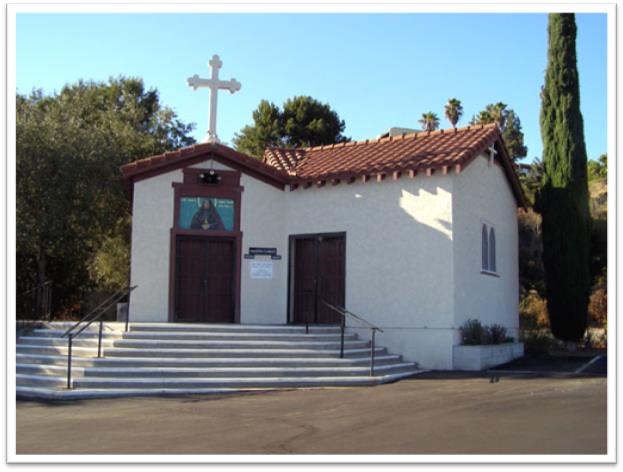 The authors will be doing a Multi Media presentation and book signing at the Buena Vista Library on November 30th at 4 AND 7 pm. They will have a signing event at the AUTOBOOKS store on Magnolia Saturday December 3 From 10 am to 2 pm. 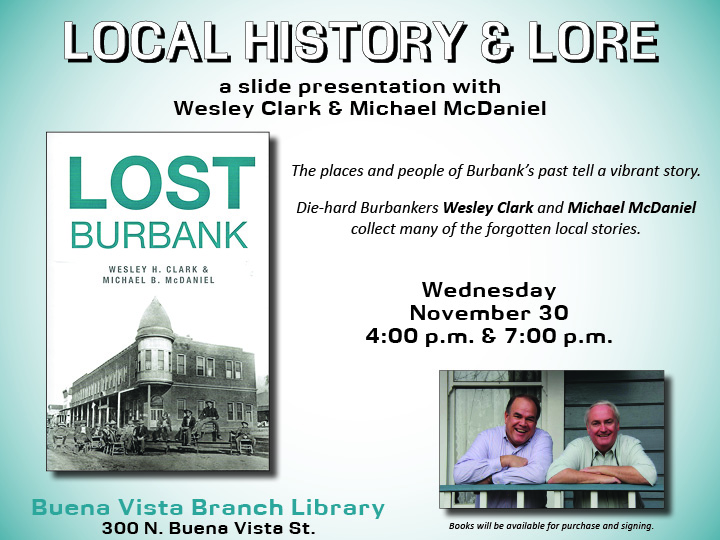