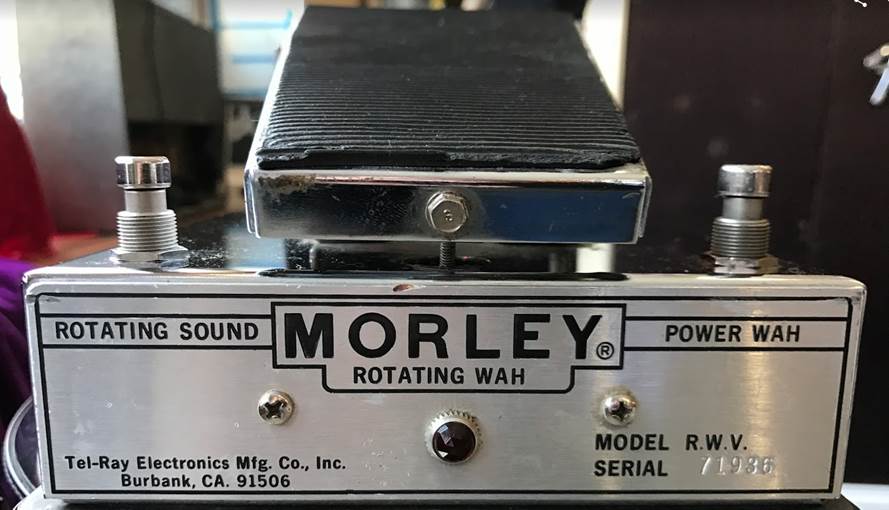 When one thinks of Burbank the first thing that comes to your mind would not be the Theme from the movie “SHAFT”, but yet they are!

The iconic theme song was written and sung by Isaac Hayes and was a big hit, rising to # 6 on the Billboard charts. The song also won an Academy Award for best original song.

The first thing that strikes you about the song is its opening guitar line accentuated by a device known as a WAH WAH PEDAL invented by guitarist Del Casher who is a personal friend of my co-author Wes Clark.

But what makes this a “Burbank Thing” is the fact that Wah Wah Pedals were made right here in Burbank by Tel-Ray Electronics on Victory Blvd. as I recall.

If you are not familiar with the song or what a Wah Wah sounds like here is a link, take a listen! The video is of Isaac conducting the recording of the song as he also wrote the score for the movie.

The song is also considered by many to have been the first Disco style song recorded. SO, next time you hear this on your satellite radio 70’s on 7 think of “Beautiful Downtown Burbank”

Football Rick Assad - August 16, 2022 0
The Bears are young, but Coach Craven thinks the team will gain valuable experience during the season.