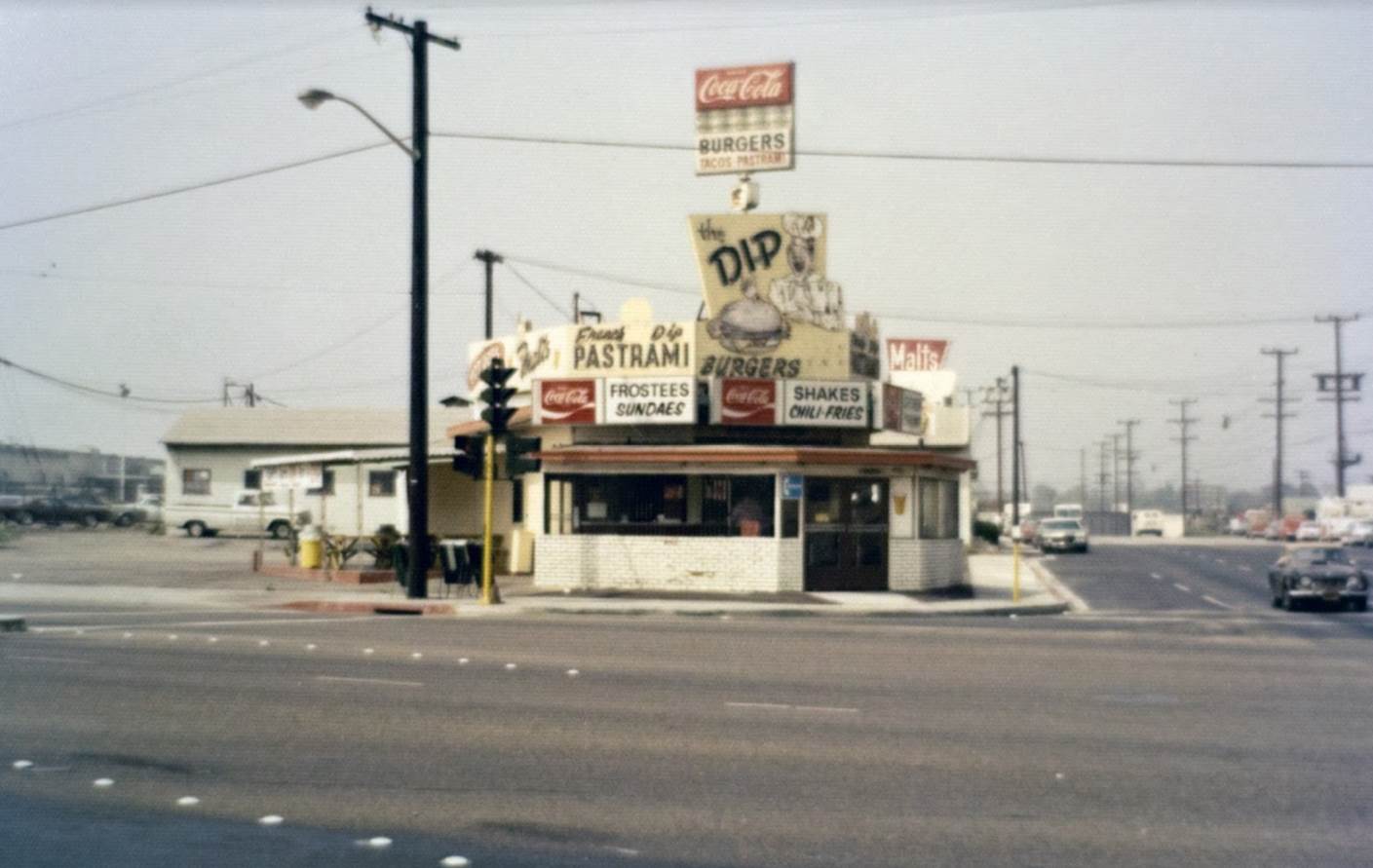 Once upon a time in Burbank there was an intersection known as “5 Points” or “5 Corners”. The intersection got its name from the fact that Victory Blvd, Burbank Blvd, Victory Place and West Victory all came together at this one point at the bottom of the Burbank Blvd Bridge.

The Icon of this intersection was a storied eatery called “The Dip”. Ask any vintage Burbanker and they will most likely have a story or two about The Dip. When we give one of our historical presentations all we have to do to get a rise out of the audience is put a picture of the Dip on the screen and there is an instant “OOOO and Ah! across the entire group, so strong are people’s memories of this place.

The location would be the corner of Burbank Blvd and Victory Place near the Costco gas station. The food here was great according to everyone who has ever eaten there! The owner there was also the cook and his sister waited the tables and well-liked by everyone.

My best friend and co-author Wes Clark would walk by here on his way home from Burbank High and get a shake for the trip everyday after school. He became friends with the owner/cook Paul Rosen and his sister Gail Ptack. The Dip was that rare combination of great service and great food!

So if you want to have a wonderful conversation with any long time Burbanker’s just bring up the dip!