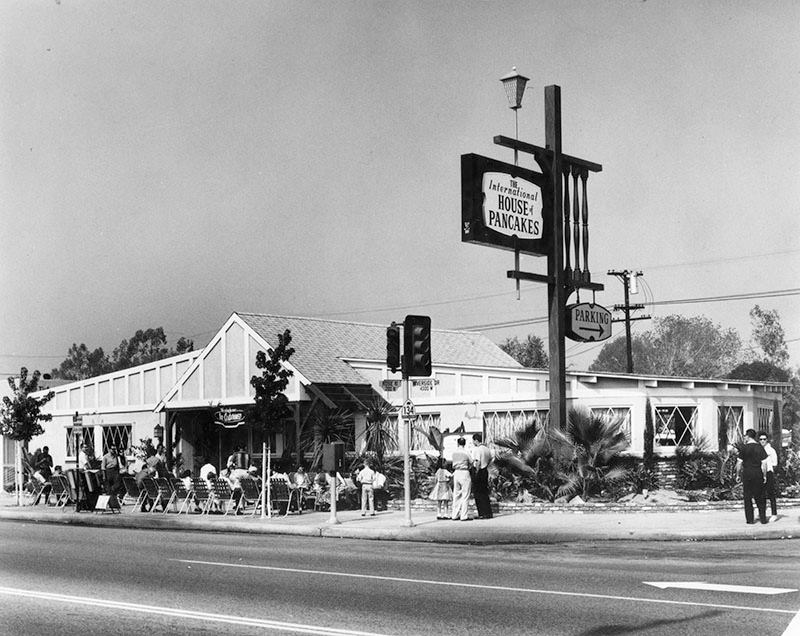 In this picture from the San Fernando Valley Historical Society and credited to the Los Angeles Public Library, you can see the location of the first ever IHOP (International House of Pancakes) which opened on July 7, 1958. It was located on the corner of Riverside and Rose, across the street from Bob’s Big Boy (which was the fourth Bob’s built).

After it was closed it later became a Hampton’s, then Mo’s and finally the Continental which has gone out of business and sits empty today with a price tag of millions on the building.

This photo was taken in 1963. That year was also the restaurant chain’s 5th Anniversary.