Home Flashback Friday FLASHBACK FRIDAY: This Article is “Brought to You in Living Color on...
Facebook
Twitter
Email
Print 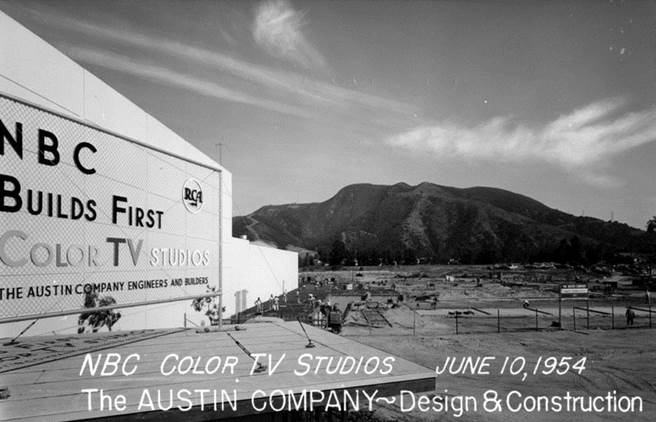 “Brought to You in Living Color on NBC!”

If you grew up watching shows on NBC Channel 4 in Los Angeles, you most likely are familiar with the phrase above. It preceded each show on the network for many years.

That was the major reason that NBC came to California and found the home for their new studio in Burbank.

This new studio was very important to General Electric the parent company of NBC so much so that the contractor of the construction was required to send Photo Post cards of the progress to them and other constituents including the City of Burbank who gave up a portion of its city owned land for the construction.

The studio produced some of the most popular shows on TV like the Tonight Show, Dean Martin, Rowan & Martin’s Laugh In and all of the Bob Hope Specials. Many of these shows put Burbank on the map by poking fun at the city making the phrase “Beautiful Downtown Burbank” a household saying across the country.

So Burbank became the first home of the color television broadcast we take for granted today.