As we drive the streets of Burbank today, we are so very familiar with the sites we see each day that we become somewhat complacent about change in our city.

One thing I have is a large number of pictures of Burbank from the past and the really distant past. I pull up to a stop and in many cases I don’t see what is there now, I see what was there half or all of a century ago.

This drives my family nuts as I bring these things up all too frequently for them. But it comes in handy when a new – old photo surfaces from an estate sale or some other venue where such things are found.

Let’s take the corner of Kenneth Rd. and Walnut for example. This corner was part of the “Western City Disposal Area”. No wonder the city dump is in the canyon above here.

This is where Burbankers came to dump their trash that they did not burn. In the old photo we see a lot of trash on the road side and walnut is all dirt. We also see that there are curbs on the fenced off part of Kenneth.

In the distance is Burbank’s last Winery but no houses or streets or John Muir Jr High.

So where ever you are in Burbank today, remember there may be some interesting past to the place you are driving by so check our photos collections on Burbankia to see if there is an old photo of your area. 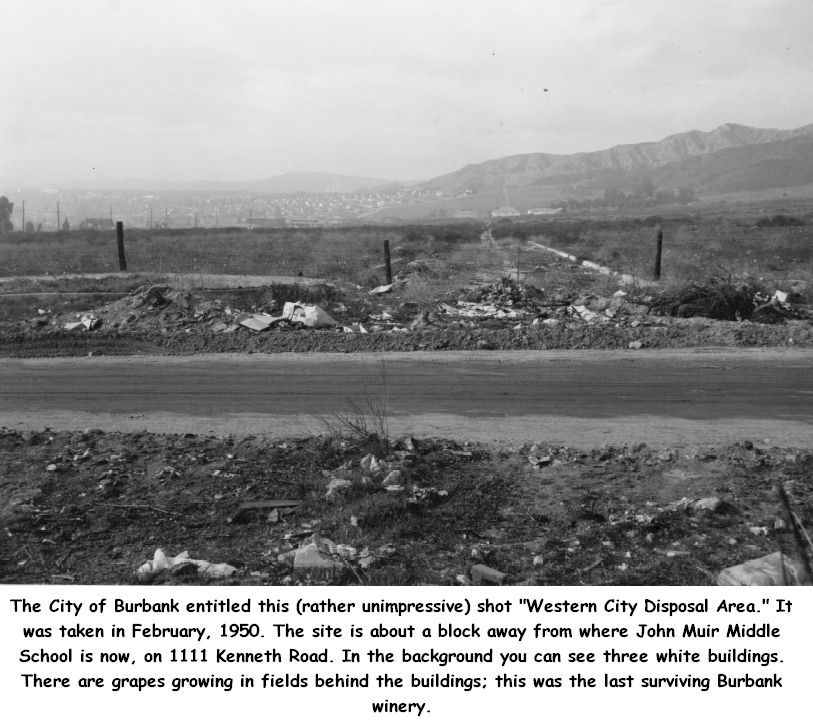 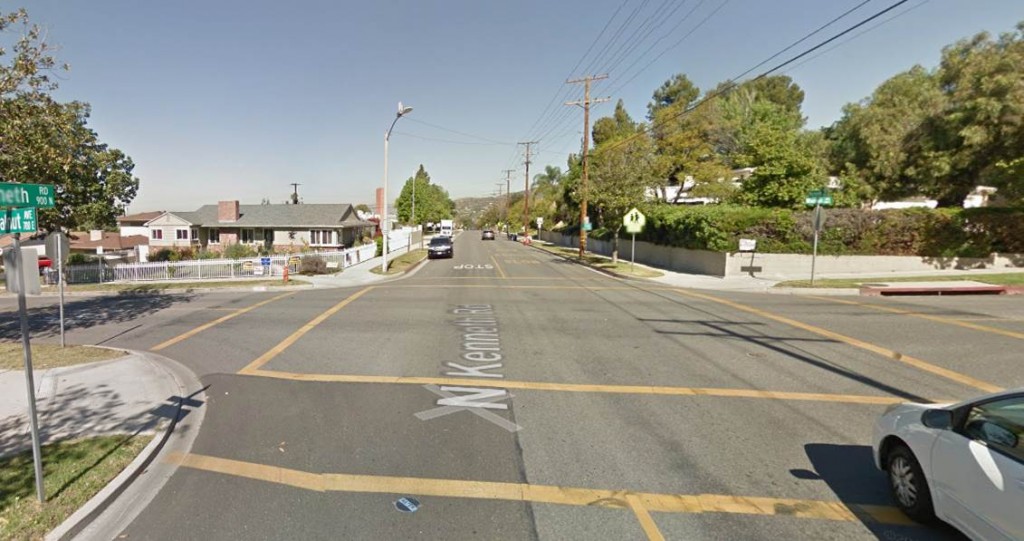