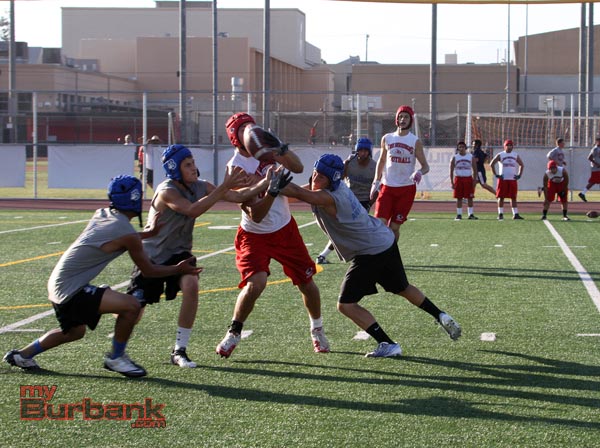 Burbank and Burroughs competed in 7-on-7 passing (Photo by Ross A. Benson) 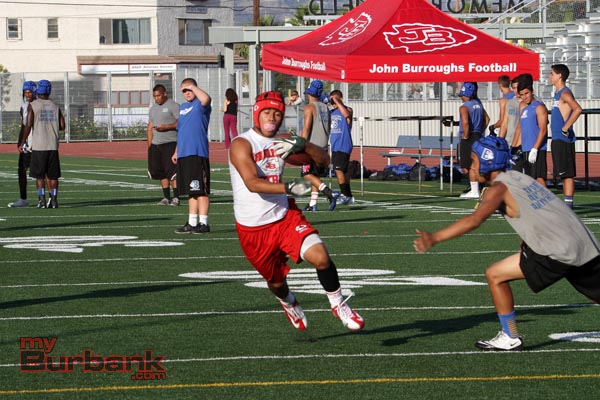 Football season might be still three months away but that didn’t stop Burroughs and Burbank from tangling in a 7-on-7 passing workout on Wednesday at Memorial Field. Division one powers Alemany and Westlake High Schools joined in the four-team round robin. Scores were not kept but rather the emphasis was on all four teams working on their passing game while fine-tuning their pass defense.

The amount of talent from all four teams combined was on full display. Burroughs had strong showings from wide receivers Conor Joyce, Jacob Nutty and Sean Johnson. Quarterback Andrew Williams was back in the swing of things after missing a few games last season due to an ankle injury. His confidence was very evident. 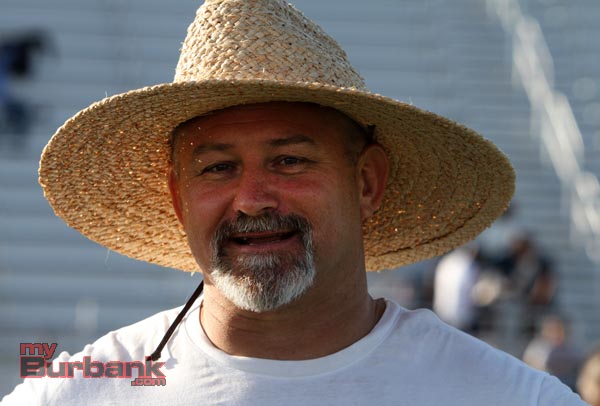 “Our goal for the summer is to make sure everyone is on the same page and everyone knows their assignments. This is the only way to get better. You are not going to get better playing Mary Star of the Sea, no disrespect, or teams like that,” Burroughs coach Keith Knoop said. “We had success against everyone today. It was a good showing. I thought we had a good day.”

Burbank quarterback Ryan Meredith looked much improved from a season ago. He has bulked up in the weight room and demonstrated a lot of arm strength and maturity in his decision-making. Standout running back James Williams dominated with his spectacular catches and crisp route running. James Pendleton also looked solid while Seby Santoro was hindered by a sore ankle. 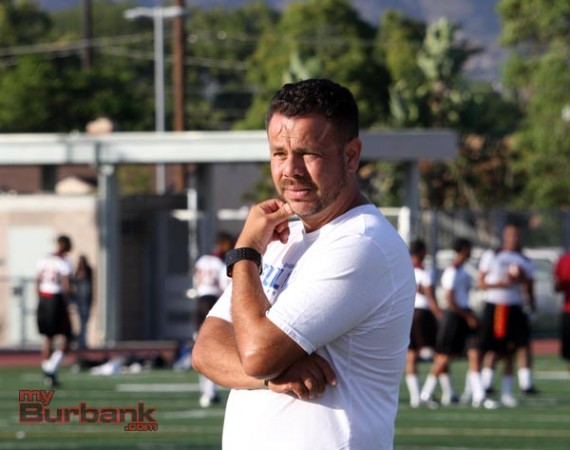 “It kind of lets us see where we are at. It does a great job of testing us. You have to play your best and not take plays off,” Burbank coach Hector Valencia said. “Teams like these will bring out the best and worst in you. It allows us to fix the problems that we see. It’s a good start. We are excited for the summer.”

The big news of the evening was the arrival of Burbank’s most recent transfer, former Burroughs player Oharjee Brown. Wearing the blue instead of the red might have caused double-vision or blurriness for the fans in attendance. 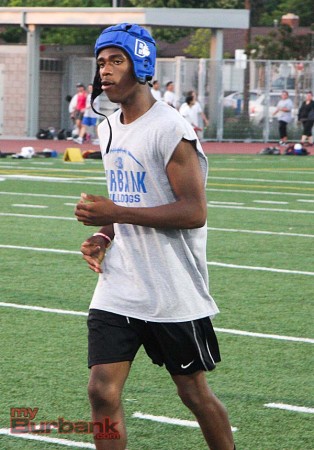 For undisclosed reasons, Brown finished the school year at Burroughs and joined the Burbank football team right after. It has been reported that Brown has moved into an area near BHS and will be eligible immediately. He will play receiver in the Bulldogs’ wide-open spread offensive attack.

While Burroughs lost a top-notch athlete to their cross-town rivals, the Indians picked up Notre Dame-transfer Cameron Rodriguez and Schurr-transfer Javier Pineda. Rodriguez, a linebacker, and Pineda, a running back, should see significant playing time at their new school.

Burroughs recently competed in the Pierce College Tournament and had a strong showing losing in the consolation finals. The Indians host 7-on-7 passing workouts each Wednesday at Memorial Field with games scheduled for 6, 7 and 8 p.m. They will participate in a summer tournament hosted by Arcadia High School on June 22 if it’s finalized. 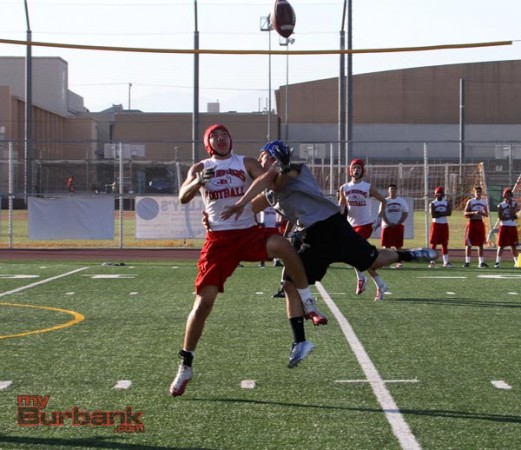 Summer competition began for both teams (Photo by Ross A. Benson)

The Bulldogs are playing various schools throughout the area during the week. Burbank competed in the Valley College Tournament and won the consolation bracket. They will participate in a summer tournament hosted by Saugus High School on June 29.

All competition is 7-on-7 passing with no tackling involved. MyBurbank.com will have more updated coverage of both teams as the summer progresses.