Coleman grew up in a suburb west of Philadelphia, Pennsylvania, and knew from a young age that his future career path would involve being center stage.

“I think I always wanted to be the center of attention,” Coleman said. “I was a bit of a class clown and was always involved in various performances.”

After graduating from Radnor High School in Pennsylvania, Coleman attended Salem College in West Virginia for two years before leaving to enlist in the U.S. Navy, a choice that proved to be instrumental in his development. 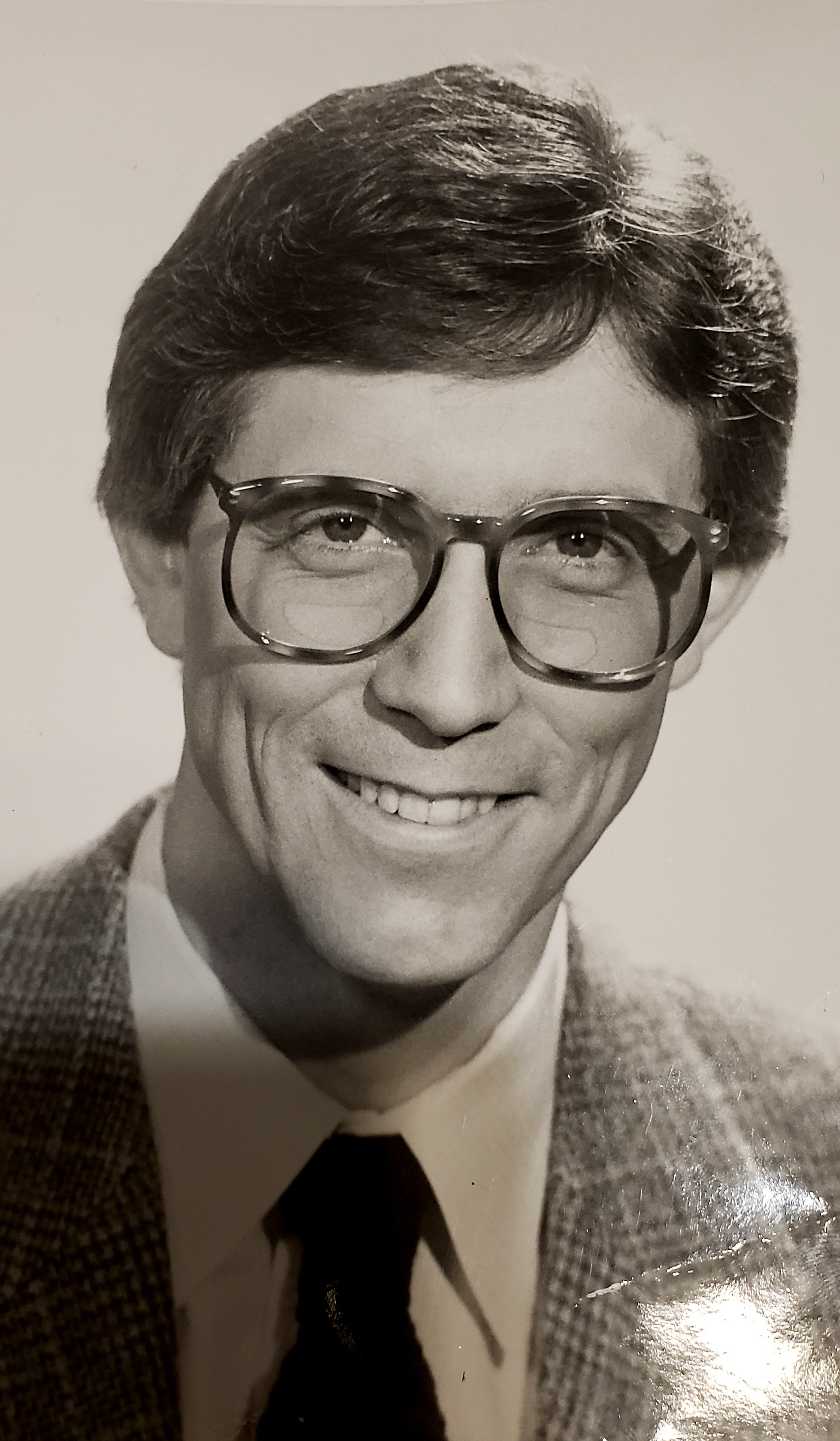 “It was probably the single greatest decision I’d ever made in my life,” Coleman said of joining the Navy. “I was assigned to Armed Forces Radio and Television, which gave me my career start…So that was my first exposure to broadcasting and made me think that I wanted to do something in that area.”

The day after getting out of the Navy, Coleman got a job at a radio station in Philadelphia. He would go on to have a 15-year-long career in radio which included filling the role of various industry positions, including music and production director.

During this time Coleman began to venture into the world of stand-up comedy, which led to a fateful cross-country move.

“I was a real novice and would do open mics at jazz clubs and over a period of a couple of years got fairly proficient,” Coleman said. “And I thought, ‘Well. I have a solid 10 minutes of material, I must be ready for L.A.’ So I decided to move out here.”

Following making the move to Southern California in 1980, Coleman was making $45 a night working as a stand-up comedian at The Comedy Store when serendipity changed the course of his career. One night a friend came to watch Coleman’s act and brought his boss along with him, who was a then-news director at KNBC. Coleman’s show that evening included an anecdote about his experience being persuaded to do the weather report while in the Navy with very little knowledge on the subject. After the show finished, his friend’s boss approached him with a potential employment opportunity.

“His boss said to me, ‘I know this is a very odd question, but do you have any desire to do some vacation relief work for me on Channel 4? Just use your personality and have some fun doing the weather,’” Coleman recalled. “I said, ‘But I don’t know anything about the weather.’ He said, ‘That’s fantastic. There’s no weather in California. This will work out great.’ So I said, ‘I’ll do it.’”

Coleman auditioned for the job and prevailed, earning the spot of NBC4 LA’s weekend weatherman.  Within two years he was promoted to a full-time role as weekday weatherman, a title he has held for 39 years.

“It’s the greatest stroke of luck in show business,” Coleman said. “I had no desire to do the weather. I wanted to be on TV. I wanted the performance aspect of it…But this opportunity just presented itself and it turned into this astonishing career that I’m so grateful for.”

At Channel 4 Coleman has played a key role in one of the longest-running news teams in history working alongside colleagues Colleen Williams, Chuck Henry, and Fred Rogin. Coleman credits their success to a love for their work, as well as genuine friendships and an affable environment amongst the whole KNBC unit.

“It’s a family atmosphere,” Coleman said of the NBC4 team. “We’re all friends and we all support one another and we’ve developed this chemistry…We’ve been successful at what we do and we enjoy being around one other. I think Channel 4…is the best shop in town for support for employees, for a creative and familial atmosphere.” 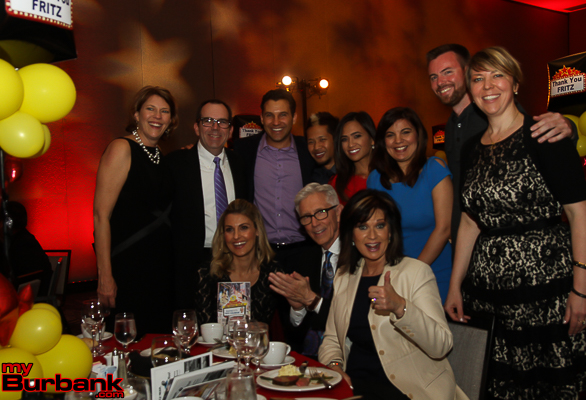 Throughout his nearly 40-year run with KNBC, Coleman’s personality has shone through and resonated with audiences all over Southern California. He says that his role in the news has lent itself to a unique and meaningful relationship with viewers.

“The one cachet that you have as a TV news person is that you appear in people’s lives every day at the same time over a period of time,” Coleman explained. “And there’s this intimacy that occurs. And what adds to that is news is the only type of broadcasting generally where you break the fourth wall, you’re looking right into the camera. So there’s a very personal relationship you have with viewers…It is quite touching.”

While working at KNBC over the years Coleman has developed an affinity for the City of Burbank as well as neighboring areas of the community. His participation within the city includes filling the role of Official Master of Ceremonies at the City of Burbank Centennial Celebration in 2011, emceeing for the Burbank Arts for All Foundation, and being honored by The Burbank Chamber of Commerce in April 2015. In addition, on Wednesday, June 24, Mayor Sharon Springer bestowed a proclamation officially declaring June 26, Coleman’s final day on-air, as “Fritz Coleman Weather Day” in the City of Burbank. 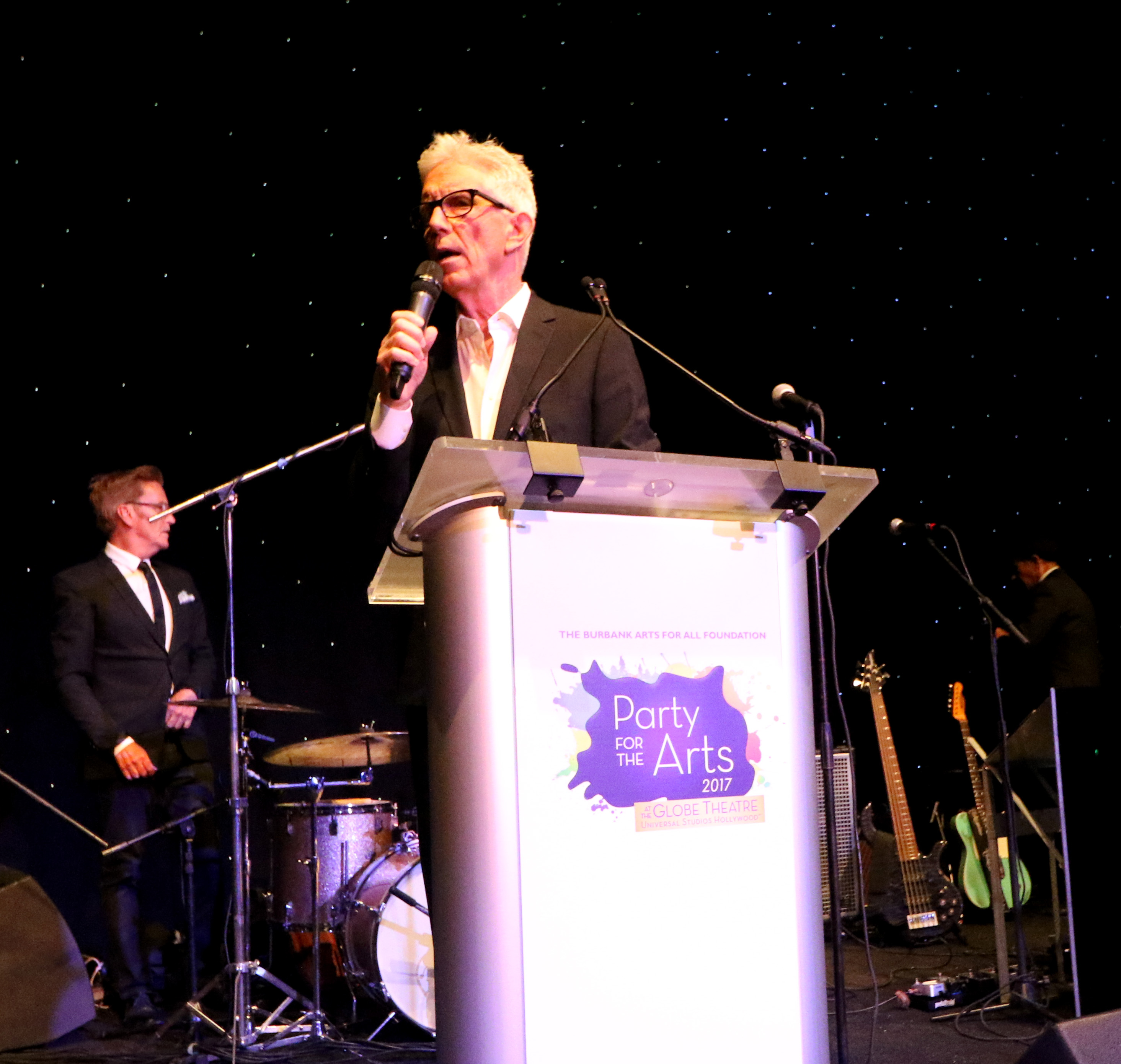 “It has been my whole life for over half my life,” Coleman said. “I’ve raised three children and two grandchildren here. My two older children were born in St. Joseph’s Medical Center… I love this community… Although I was born and raised in Pennsylvania, I consider Burbank and this part of the San Fernando Valley my home.”

Coleman has stayed true to his roots in comedy while employed as NBC4’s weatherman through performing at iconic venues such as the Ice House in Pasadena and Flappers Comedy Club in Burbank. He also holds fond memories of making appearances on late-night talk shows numerous times throughout his stay at KNBC with various hosts such as Garry Shandling, Jay Leno, Joan Rivers, and Johnny Carson.

“For a young comedian in those days before there were cable specials and before there were a plethora of other platforms for comedians to make themselves, you had to do ‘The Tonight Show’ to get a name,” Coleman said. “Doing the Johnny Carson show was ‘it.’ It was the greatest single experience you could have. Those are some of my fondest memories.”

Beyond being recognized as a legendary television news personality, Coleman has regularly received awards and accolades for his contributions to Los Angeles and dedication to public service. These include being given the “Humanitarian of the Year” title from the U.S. House of Representatives for his involvement in the American Red Cross, as well as being named a “Treasure of Los Angeles” by the City of L.A and Honorary Mayor of Toluca Lake. NBC has also established the “NBC4 Fritz Coleman Community Service Award” in honor of Coleman’s charitable work throughout the Southern California area. Coleman has continuously shown generosity in his philanthropy and sees it as one of the most rewarding elements of his work.

“There’s nothing more satisfying [than public service,]” Coleman said. “It’s so easy to be helpful. That’s just the power of television. So I just love it. I love the community outreach aspect of it. I love supporting small nonprofits. I love the one on one pressing the flesh aspect about it. I love interacting with people. So it’s the best part of my job.”

As a former NBC VP of Facilities, Jack O’Neill ran in the same circles as Coleman over the years and the two developed a close friendship that has lasted to this day. O’Neill says that Coleman’s generosity and devotion to the city are what make him so well-liked by the community. 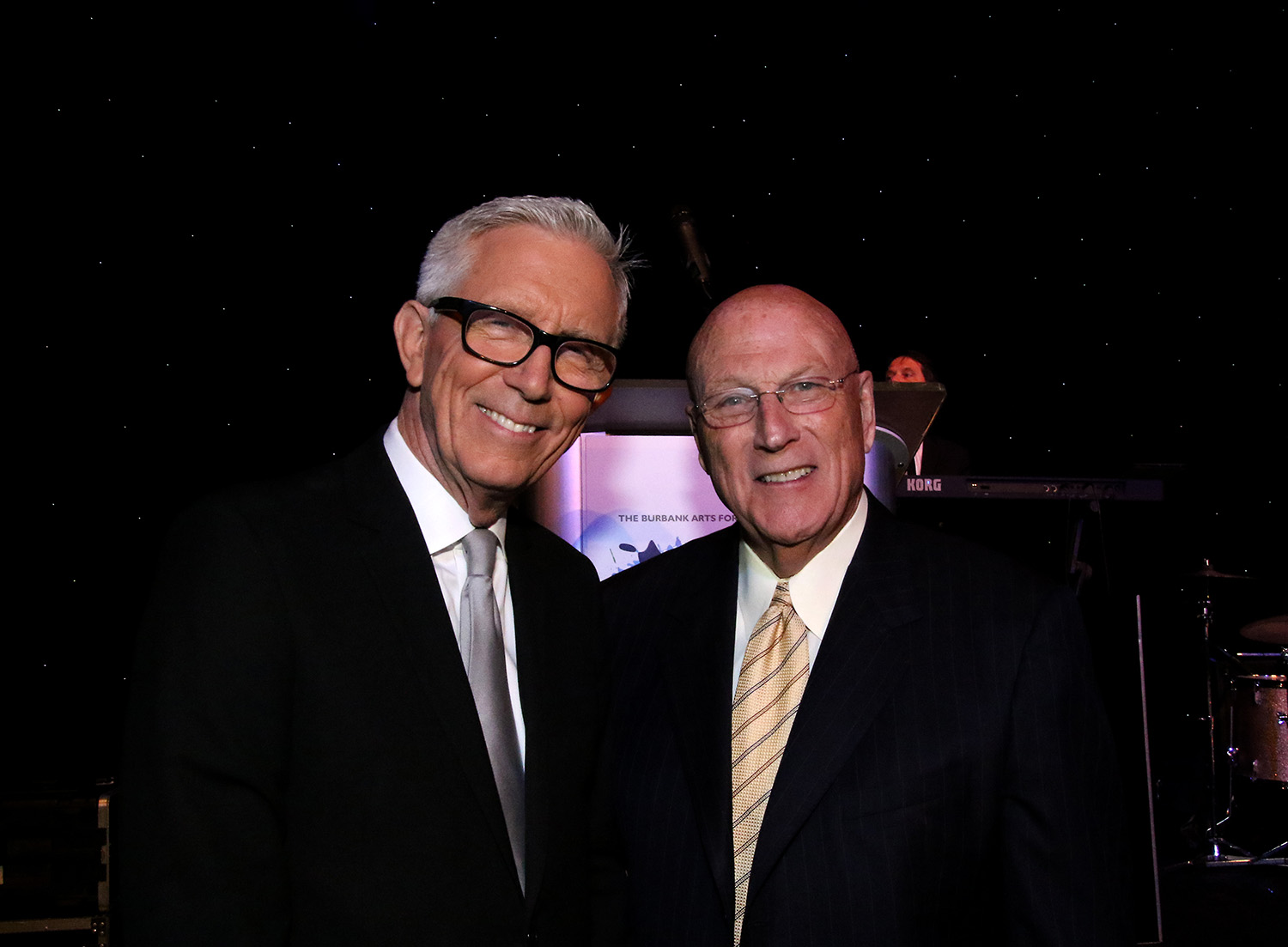 “People love him,” O’Neill said of Coleman. “He is so kind, he is so professional, and everybody I know, when they say ‘Hey, Fritz is coming with me,’ people would go nuts, they’re so happy.”

“If Fritz considers you a friend, that makes you feel so much better in life,” O’Neill continued. “That’s how good he is. He is without an ego…Fritz is a Burbank guy and he is so committed to this city. And that makes him real.”

Coleman’s retirement was planned in advance and working from home during the COVID-19 outbreak has created a transitional period in which he’s settling into life after KNBC.

“I wasn’t sure how I would feel,” Coleman said. “…But I say the quarantine for me has been like a retirement halfway house. It got me to see how I’m going to do in retirement, and as it turns out, I’m going to do great. So I’m happy I’m retiring. It’s time. Even if you love what you do, [after] 40 years, it’s time.”

Coleman had a year and a half of comedy shows and speaking engagements booked prior to COVID-19 and will continue to do both in the future.

More information about Coleman and requesting him for events can be found here: https://www.wcspeakers.com/request-speaker/?speaker-name=Fritz%20Coleman

The Master of Ceremonies for this year’s Centennial Celebration, KNBC Channel 4’s Fritz Coleman, who made live appearances on Channel 4’s 6:00 p. m. weather broadcast. Pictured with Coleman are local celebrities Garry Marshall and Gary Owens, who made the phrase “From Downtown Burbank” a common line from the Laugh In Days of T.V..

Alexandra Helfrich with Dot Marie Jones of “Glee” fame and Fritz Coleman at last year’s Burbank Arts For All “Party on the Plaza” (Ross A. Benson)