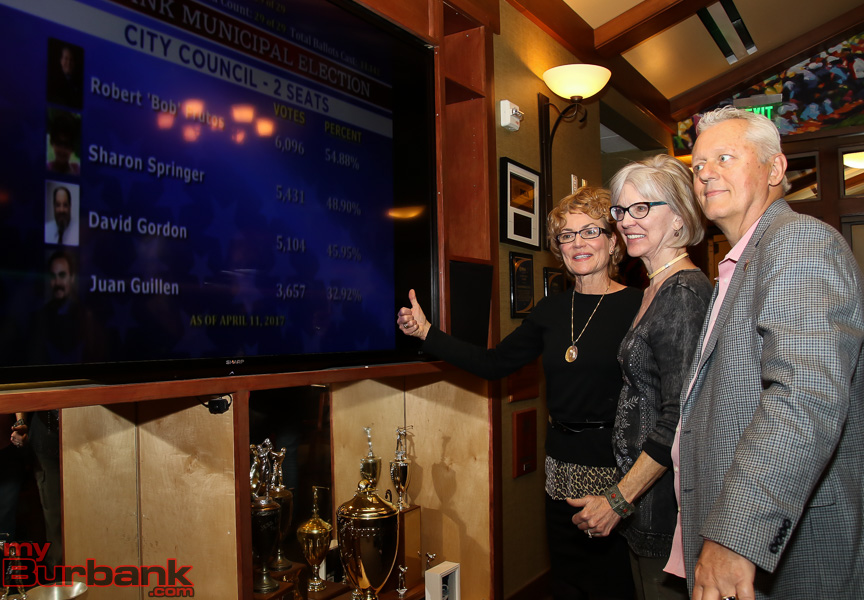 Sharon Springer and Bob Frutos have been elected to the Burbank City Council after election results have been finalized by Burbank City Clerk Zizette Mullins Friday. Mullins had to wait until all ballots that were postmarked by election day were delivered and counted.

Current Mayor Jess Talamantes was reelected in the primary election held in February as he received over 50% of the vote.

The results can be seen as an upset after the primary election which saw Gordon receive 4,799 votes compared to 3,914 votes for Springer.

Mullins released the results that showed Frutos on top with 6,300 votes, Springer picked up the final seat with 5,666 votes. Gordon came in third with 5,287. The results held about the same margins that were first announced on Tuesday.

Juan Guillen was also one of the finalists and placed fourth with 3,783 votes.

City Treasurer Debbie Kutka along with School Board members Steve Frintner and Char Tabet were also elected outright during the primary election.

The newly elected officials for all seats will be sworn in during the annual May 1 meeting in the council chambers where a new Mayor for the year will be selected. The newly elected members will serve four year terms.

There were 11,555 total ballots cast out of 66,481 eligible voters which marked a 17.4 percent return rate in the all-mail election