This year marks the 10th anniversary of Officer Matthew Pavelka’s tragic murder. To honor Officer Pavelka, approximately 18 members of the Burbank Police Department, as well as members of the Pavelka family, will be participating in the Police Unity Tour in May 2013. 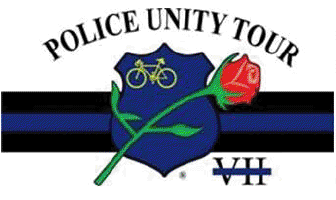 The primary purpose of the Police Unity Tour is to raise awareness about the police officers who have died in the line of duty, and to raise funds for the National Law Enforcement Officers Memorial Fund. Each rider is required to raise $1800, in order to participate in the Police Unity Tour. The funds go towards funding the National Law Enforcement Memorial and funding the tour itself.

On Wednesday January 30, we will be holding a fundraiser at Schooner’s Patio Grille in Santa Clarita. Schooner’s will donate 25% of sales to the Police Unity Tour on our behalf. We ask that you bring your family (kids welcome) and friends for dinner and help support your Burbank Police Department Unity Tour representatives.