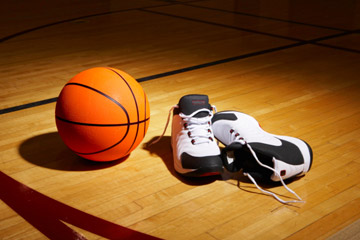 Although the high school girls’ basketball season has already begun, the Pacific League hasn’t, but when it does on January 4, Burbank and Burroughs both expect to be in the hunt for the league crown.

The Bulldogs are off to an 0-4 start, but finished 19-14 last season, placed second in league play with a 10-4 mark, advanced to the CIF Southern Section IAA semifinals, and fell to top-seeded Mater Dei in the state tournament.

“I think we’re good enough to compete for the league title,” Burbank Coach Bruce Breeden said. “Right now we have some players who are injured, but they should be healthy by the first of the year.”

Breeden was referring to 5-foot-10 senior center Courtney Seidler, a four-year varsity starter who is coming off a campaign in which she averaged eight points and seven rebounds, and Lysette Perez, a 5-foot-7 senior small forward who scored six points and grabbed five rebounds per game last season.

Not to be topped, Burroughs Coach Vicky Oganyan is equally confident in her squad that is off to a 3-1 start, went 7-7 in league for fourth place in 2011, and ended with a 12-16 record.

The Indians finished in fifth place at the recent Valencia Tournament.

“We’ve improved tremendously from last year as individual players,” said Oganyan, who enters her ninth season at JBHS. “We have more players who can do more stuff, and they have picked up new offensive skills. They understand the game much better.”

Oganyan pointed out another significant factor. “In the summer we played 50 games, and the experience from last year has been a tremendous help,” she said.

Breeden will count on Jamie Gonzalez, a 5-foot-9 senior shooting guard who was named second team All-CIF after tallying nine points per game in 2011-12.

“She’s an all-around good passer, drives to the hoop really well, and is a terrific spot-up shooter,” said Breeden, who is in his eighth season at the helm for BHS.

“She’s a fierce competitor, athletic and will guard anyone,” Breeden said.

“She’s got great floor awareness and gets her teammates involved,” Breeden said.

Burbank’s bench will be led by Ashley Linda, a 5-foot-6 junior small forward who can also play point and shooting guard. Linda was on the junior varsity and scored a team-best 14 points per game.

“Ashley is an offensive machine,” Breeden said. “She gets down the floor and wants to score.”

Alicia McCord is a 5-foot-10 senior power forward who tallied eight points with six caroms for the JV.

“Alicia has a key role off the bench,” Breeden said. “She’s a good defender and rebounder.”

Karley Meza is a 5-foot-6 senior small forward and is offensive-minded. Meza is a good outside shooter and hard worker according to Breeden.

Fatima Cisneros is a 5-foot-6 junior small forward who chipped in with six points and six rebounds for the JV. “She’s a tough kid and a real competitor,” said Breeden.

Abby Troy is a 5-foot-8 transfer from L.A. Baptist, and a reserve small forward on a squad that made the state playoffs.

Lexy Alger is a 6-foot-1 senior center who is still learning the game, but has demonstrated skill as a rebounder and shot-blocker.

Samantha Ainian is a 5-foot-9 junior power forward who averaged eight points with seven rebounds for the JV, while Ratiana Karapet is a 5-foot-4 junior point guard who contributed six points and five assists on the junior varsity.

“She’s the fastest player on the team and has a high basketball IQ,” said Breeden of Karapet.

Karina Miller is a 5-foot-2 senior shooting guard who poured in six points with three steals for the JV.

“Karina’s nickname is ‘Bulldog,’” said Breeden. “She’s the toughest defender on the team, and will take on anyone.”

Araxi Zakarian is a 5-foot-3 senior point guard who is highly-skilled at driving to the hoop according to Breeden.

Oganyan expects much from Aysia Shellmire, a 6-foot-1 senior center and four-year varsity performer who was tabbed first-team all-league a season ago after scoring 15.4 points and collecting 9.4 rebounds.

Davina Del Castillo is a sophomore forward who made honorable mention in league after putting up 9.3 rebounds, 2.8 points, 2.7 steals and 2.6 assists per contest.

“She’s a great rebounder, plays very hard and has great instincts for the game,” Oganyan said.

Jakarra Waddell is a junior forward who was a reserve last season and has improved her offense and defense.

Sidney Ortega is a junior shooting guard who averaged 5.4 points and 1.3 thefts.

“Sidney is very quick, athletic, a great defender, has improved her outside shot and is a real three-point threat,” Oganyan said.

Delaney Nicol is a sophomore point guard who tallied 4.6 points with 1.4 assists.

“She has a good outside shot, can get to the basket and has improved her vision,” said Oganyan.

Burroughs and Burbank will both participate in the Magnolia Park Optimist Tournament hosted by JBHS from December 18 – 22.  The Indians will open up against Maranatha on Dec. 18 at 7:30 p.m. and the Bulldogs will tip-off versus El Camino Real on Dec. 18 at 4:30 p.m. All games will be played at Burroughs.

Pacific League action begins for Burbank when it hosts Arcadia while Burroughs will be at Glendale.