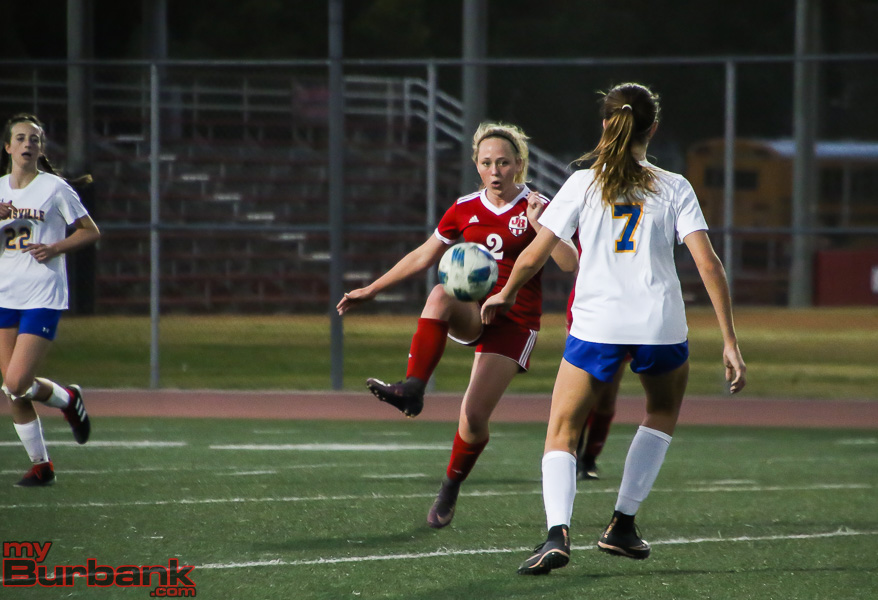 Trying to find an identity is going to be what the Burroughs and Burbank High girls’ soccer teams will be facing this season. Both teams are young and will be looking to qualify for the CIF playoffs and will hope the growing pains don’t last very long. The Pacific League season starts Tuesday.

Burroughs
The Indians came very close to capturing the Pacific League title a year ago for the first time since 1993 by going 15-3-3.
A good core returns to lead the offense. However, it is on defense that Burroughs has a number of question marks.
The midfield is led by senior Abbie Riggs, who is one of four captains. Joining her in the midfield are juniors Olivia Cashman and Steph Torres as well as freshman Samantha Valencia. Lily Gonzalez, who played basketball last year as a freshman, will provide a threat as an attacking midfielder.

Up front, sophomore Lauryn Bailey returns after earning first-team all-league honors a year ago. Junior Trinity Vournas is another returner. Freshman Megan Schmidt and senior Emily Goyanes will offer support in the attack. Junior Megan Knutson gives the Indians options to change up the lineup as she is a winger.

Defensively, junior Orla Giffen, as well as sophomore captain Gabby Morales and fellow sophomore Maille Romberger, will take care of the center positions.
Senior captain Emily McHorney is a returning all-league player, who will hold down one of the two spots. Senior Sydney Persaud, junior Alex Mills, and sophomore Jesse Virtue will compete for the other wingback spot. Junior Ava Kramer is a utility player who could also figure in the wing back mix.
In goal, the Indians will rely on freshman Kaylin Casper and junior Stephanie Martinez.

Burbank
The only way the Bulldogs can go is up after a 1-13-2 season last year.
“We have some great additions to the team,” Burbank coach Pablo Diaz said. “Some of them are freshmen and some are moving from the junior varsity. We’re looking to (have) a much better experience chemistry wise. I think we’ll do much better than last season.”
Senior goalie Ashley I return. She will be backed up by sophomore Nicole Girod.

Senior Jessica Rocha is one of three captains and will be the focal point of the midfield.
Senior Isabel Partida is a center back and captain, who will be Im’s last person of protection.
Defensively, sophomores Brianna Romero and Erin Trainor will join Partida. In the wing back positions, senior Mariela Castaneda, junior Ani Akopyan and sophomore Tatiana Castenada will hold down the other positions.
Joining Rocha in the midfield will be freshman star, Alyssa Mendoza. Senior Isabel Silva and junior Sydney Sugars figure to hold down the right wing positions. Senior Johana Faraj is expected to play a key role on the left wing.

In the attack, the Bulldogs have a number of options. Freshman Madie Chase will be joined by sophomore Paige Mazzola, sophomore Liliana Partida, junior Emma Molloy and seniors Anzhela Asatryan and Nicole Urrego.