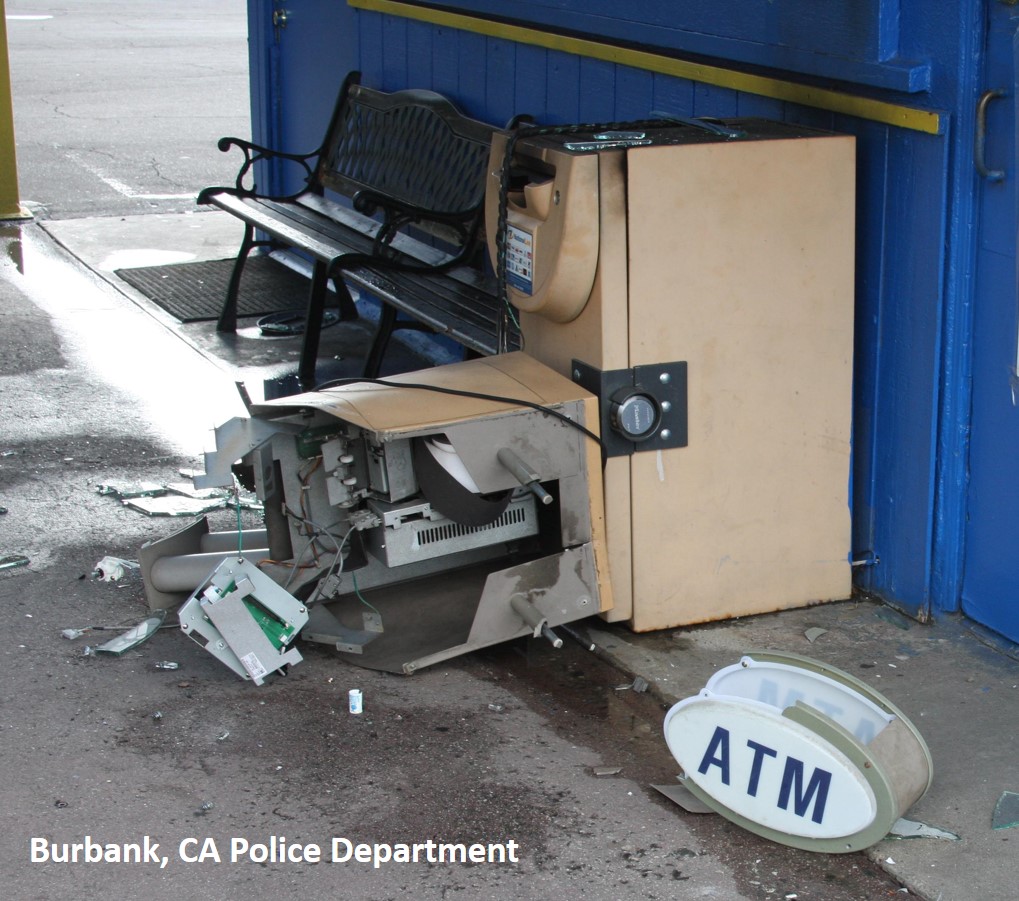 The Burbank Police Department has arrested a man in connection with recent ATM explosions and attempted thefts from the machines.

On April 8, 2017, at about 4:20 AM, Burbank Police responded to the Magnolia Car Wash, located in the 900 block of West Magnolia Blvd., regarding a loud noise and possible explosion. When Police Officers arrived, they found a stand-alone automated teller machine (ATM) located outside of the cashier’s office with significant damage. A closer inspection of the ATM suggested that some type of explosive was used in an attempt to steal money from the machine. Burbank Police Detectives responded to the scene along with investigators from the Los Angeles County Sheriff’s Department Arson/Explosives Detail.

The investigation led to the discovery of video surveillance footage which helped identify a vehicle involved in this incident. The registered owner of that vehicle was identified as Yakov Rozenoyer, a 35-year-old man from Glendale. Rozenoyer is considered a suspect in the ATM explosion in Burbank, as well as a second ATM explosion which occurred in the city of Los Angeles about a week earlier.

On April 13, 2017, Rozenoyer was detained in the city of Eagle Rock for an unrelated crime. At the time of his detention, Rozenoyer was observed to have fresh burn marks on his hands. Burbank Police Investigators responded to the Eagle Rock area and located Rozenoyer’s vehicle. A search warrant was obtained and items of evidence were found inside the car, linking Rozenoyer to the ATM explosions. He was placed under arrest and booked into the Burbank City Jail.

On April 17, 2017, the Los Angeles County District Attorney’s Office filed two counts of possessing and exploding a destructive/explosive device, two counts of felony vandalism, and one count of burglary against Yakov Rozenoyer. He is currently being held on $500,000 bail and is due in court April 18.