On November 22, 2016, at about 7:00 a.m., Burbank Police Officers responded to a business burglary alarm at AEGIS (pronounced ējis) Trading Enterprises, 1004 W. Magnolia Blvd., which is a gun store. Upon arrival, the officers found the rear door had been pried open. A search of the building revealed the suspect had made entry, stole several handguns and fled the scene before the officers’ arrived. 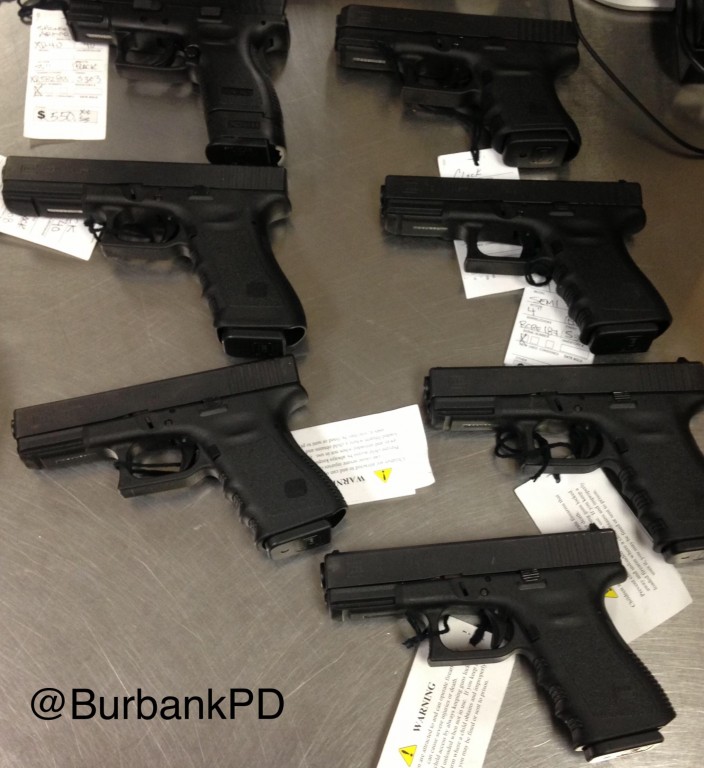 The next day, November 23, Burbank Police Detectives established a surveillance of Zmrukhtyan’s last known residence in Glendale. The vehicle from the surveillance photos was parked outside the location. At about 2:00 p.m., Zmrukhtyan was seen walking away from his apartment building. The officers attempted to contact and detain Zmrukhtyan, but he tried to flee on foot. The officers were able to catch up to and detain him after a short foot chase. 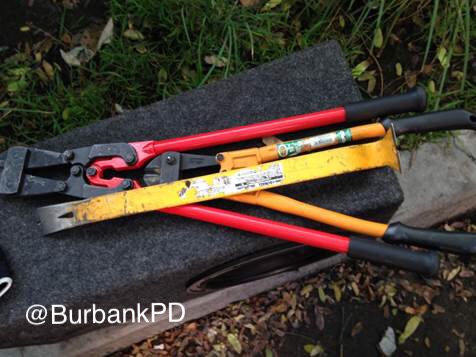 Detectives, who had obtained a search warrant for Zmrukhtyan, his residence and vehicle, located all seven stolen handguns in the crawl space of his apartment building. In addition, bolt cutters, a pry bar and methamphetamine was located in the getaway vehicle. The vehicle Zmrukhtyan was driving was determined to be stolen from Van Nuys.

Zmrukhtyan, who has been convicted of five felony crimes since March 2013, including burglary, grand theft, felon in possession of a firearm twice, is being held without bail, was due in court earlier yesterday.