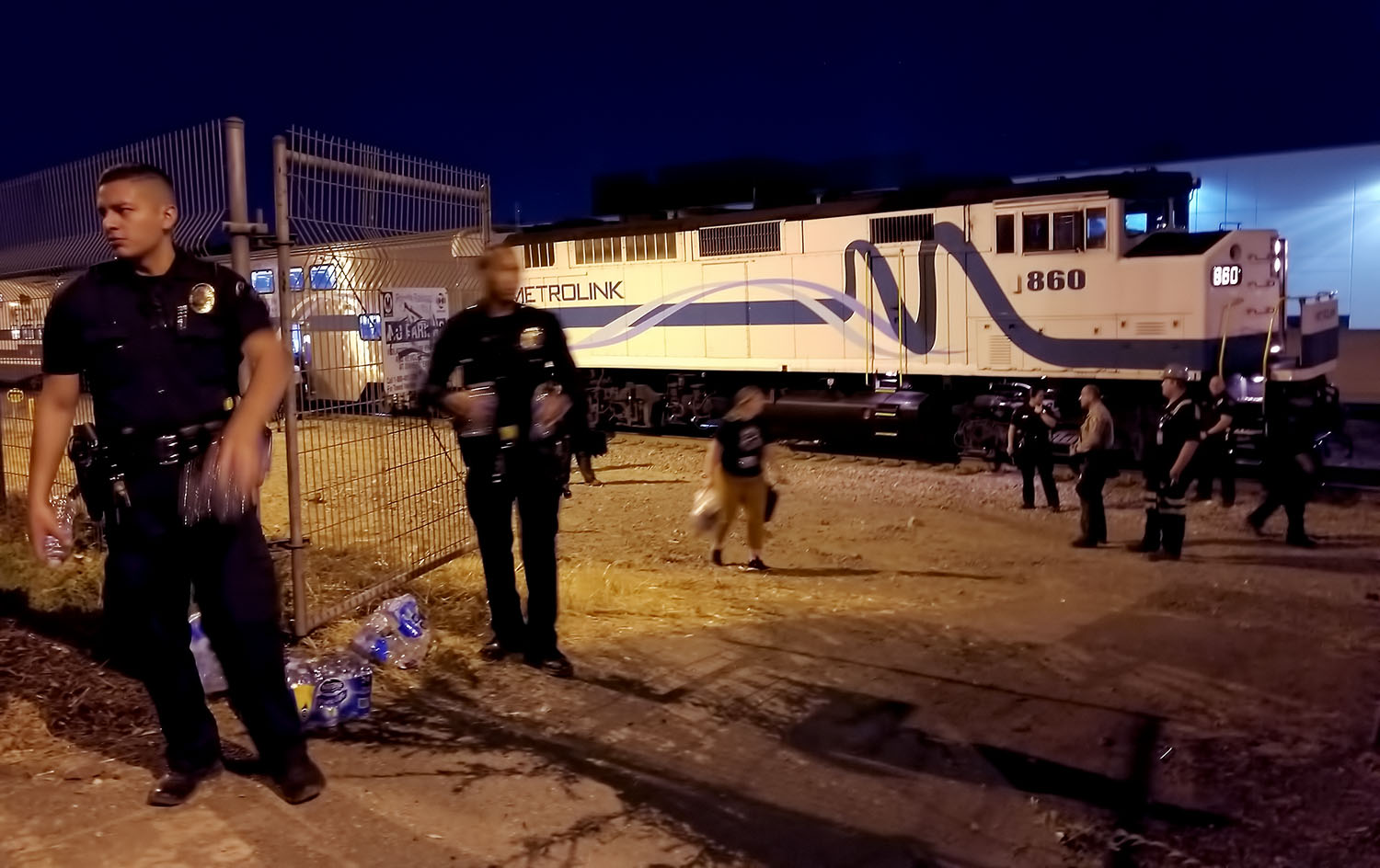 A woman was struck and killed by a Metrolink passenger train Thursday evening near the Downtown Burbank train station, located at 201 North Front Street.

On Thursday, October 26, Burbank Police responded to the area shortly after 8:00 P.M. following reports of a pedestrian struck near the train platform. The Metrolink train, line number 225, was bound for Lancaster as a final destination and traveling northbound. As the train approached the Downtown Burbank station, its engineer saw a female sitting on the railroad tracks. The engineer sounded the train’s horn to alert the woman, but she was fatally struck.

Burbank Police Detectives, Metrolink Officials, a Los Angeles County Coroner Investigator, and members from the Los Angeles County Sheriffs’ Department all responded to the scene. At the time of the incident, there were approximately 124 passengers and two crew members on-board the train. All passengers and crew members were interviewed and there were no injuries reported on the train.

Several Metrolink trains were delayed while the investigation was being conducted.

The victim has been identified as Lydia Savadjian, a 34-year-old woman from Glendale, California. It is not certain whether Savadjian’s actions were intentional or accidental. It is also not known if drugs and/or alcohol were factors in this incident. The investigation is ongoing.

The Burbank Police Department would like to remind the public to always obey railroad crossing markings, warning signals, and control devices. Only cross railroad tracks at designated public crossing points, and when safe to do so. Railroad tracks, trestles, and equipment are private property. Never loiter or play on or near railroad tracks. Doing so can result in grave consequences, including serious injury and in many cases, death.

News Devin Herenda - January 24, 2022 0
On Tuesday, Jan. 25, the Burbank City Council will receive an update on the transition of oversight of the Burbank Animal Shelter.