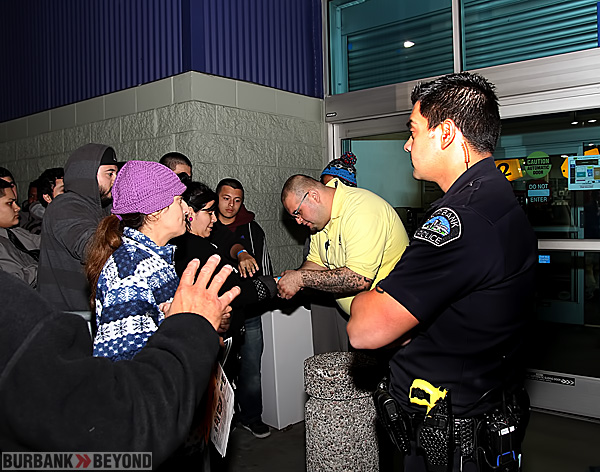 Best Buy Security checks a wristband that was issued to the first hundred customers, to gain access to Burbank’s Best Buy, Burbank Police Officers were standing by to keep everyone claim, and make sure things didn’t get out of control. (Photo by Ross A. Benson)

Burbank Police sent several units to the Empire Center on Thanksgiving night when The Target Store opened for Black Friday deals, those same officers then stood by the entrance to Best Buy as hundreds waited to get in.

The first hundred were issued a wristband, and were given access at midnight. Possibly a thousand more customers stretched all around the store to the back parking lots, some waiting days for the special holiday Black Friday deals. 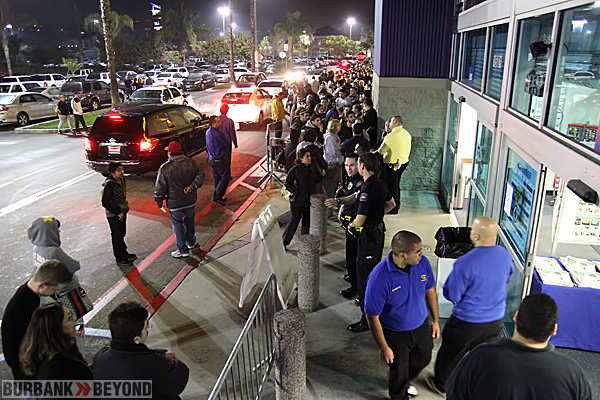 Burbank Police standby for the clock to strike 12 as hundreds wait for Black Friday at Burbank’s Best Buy.(Photo by Ross A. Benson) 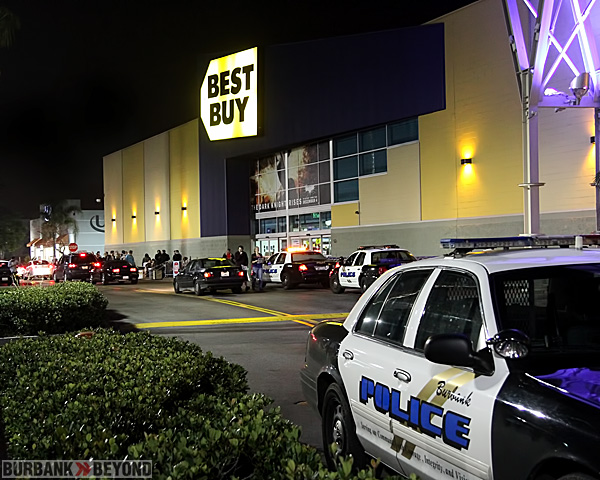 Hundreds of people wait for Best Buy Burbank to open at midnight for Black Friday deals. (Photo by Ross A. Benson)