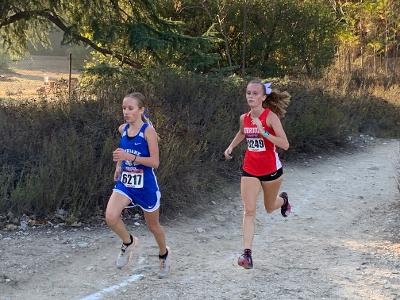 “I had two goals coming here. The first was to beat my first (race) time and I got it. My other goal was to finish in the top three and I got first,” Guyot said. “It was a really nice accomplishment.”