Burbank Police & Burbank Fire responded to Delaware Road and Glenoaks Blvd at 1:30 AM for a reported Head On Car Collision. 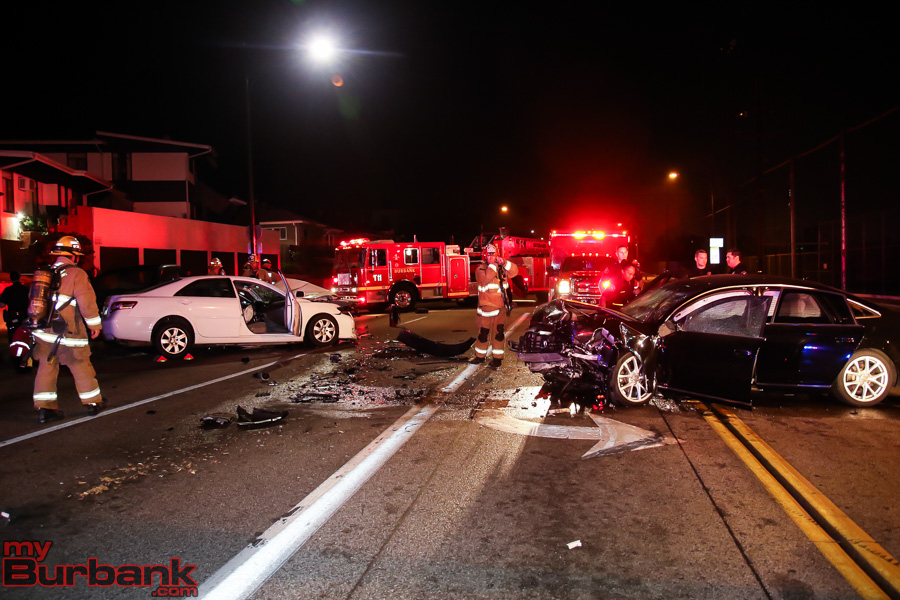 Police were the first on scene and closed Glenoaks Blvd. in both directions, and requested Fire for a person trapped in one of the cars. 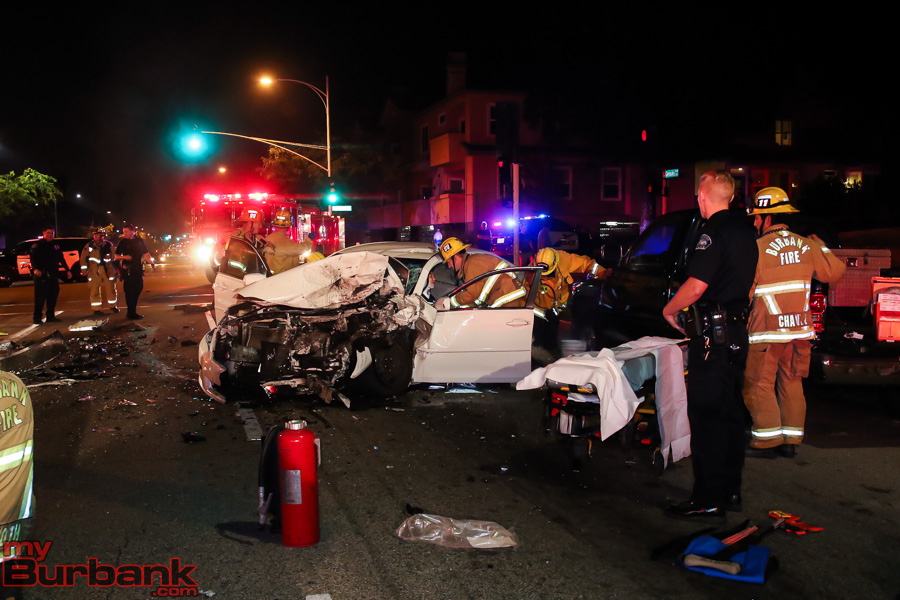 Burbank Fire sent a Truck Company and required two Rescue Ambulances to transport the patients. One going to LA County with traumatic injuries and the other to a local hospital with less severe injuries.

The damage was extensive to both cars. The cause will be investigated by Burbank Police Traffic Officers.