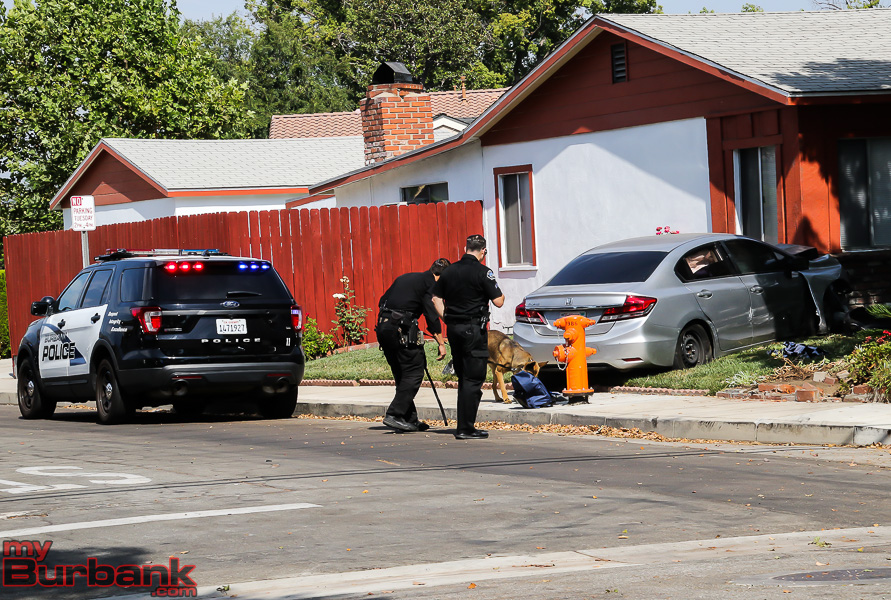 Burbank Police were dispatched to Victory Court and Main Street for a reported car into a house Tuesday afternoon. While responding they were radioed that the car involved was responsible for a Hit and Run at the intersection of Magnolia and Victory minutes earlier with the victim following.

Burbank Traffic Officers spoke to the victim and it was determined the car that ran into the side of the Burbank home was the same car that was involved in the hit and run at Magnolia and Victory.

Burbank Officers on the scene called for the assistance of a  Glendale Police K-9 that specialized in locating drugs to search the car. The officers thought drugs could have contributed to the accident. Officers located drug paraphernalia inside the car. 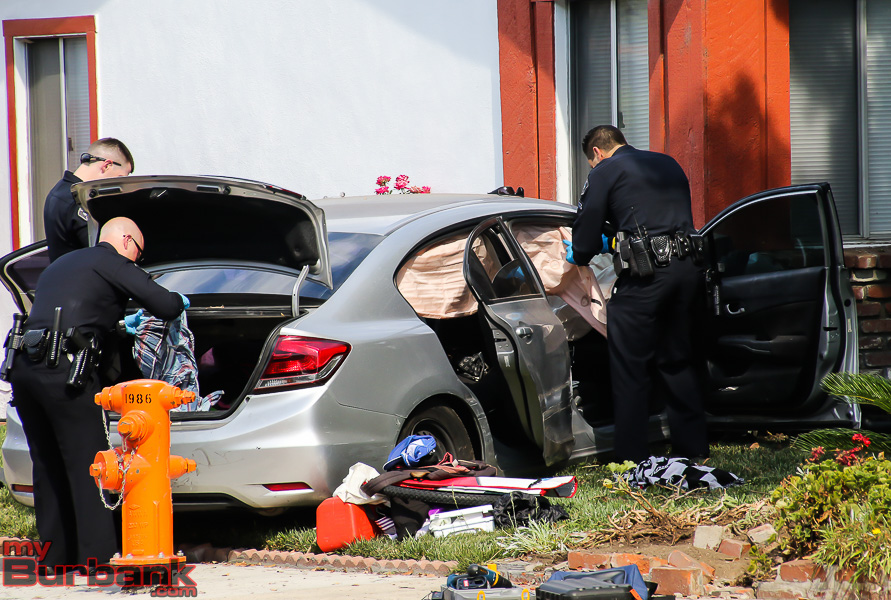 The driver was tested for DUI and both he and his passenger was released at the scene.

The Traffic Investigators will follow up their investigation for additional evidence and then determine if an arrest is warranted.