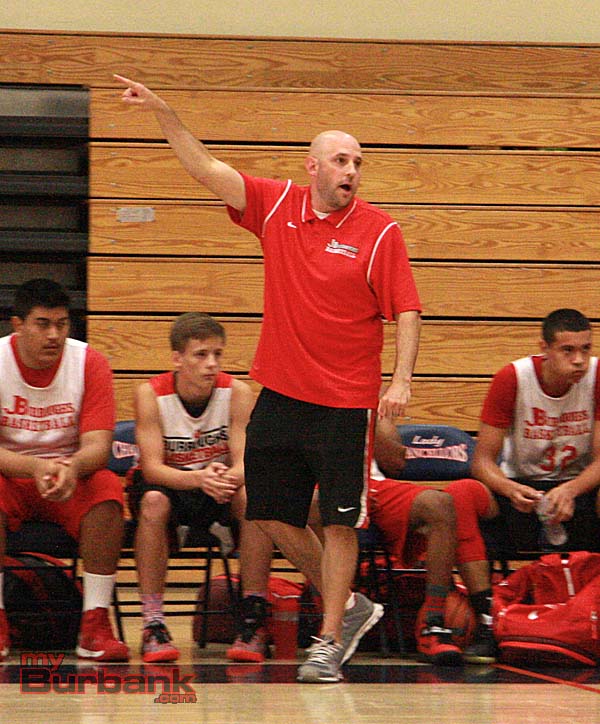 Could this be lucky number seven for Adam Hochberg?

Hochberg begins his seventh season as head coach of the Burroughs boys basketball program and it is fair to say that this might be his best “team” during his tenure as coach. His squad of the past two seasons possessed talent as well but this group of Indians carry a different type of moxie that could propel them into the upper echelon of the Pacific League.

The Tribe play hard with an unselfish attitude that is defined by ball movement and making the extra pass. The refreshing style of play was on full display at a recent game at the Sierra Canyon Tournament where the Indians defeated Fresno Bullard, 73-61. 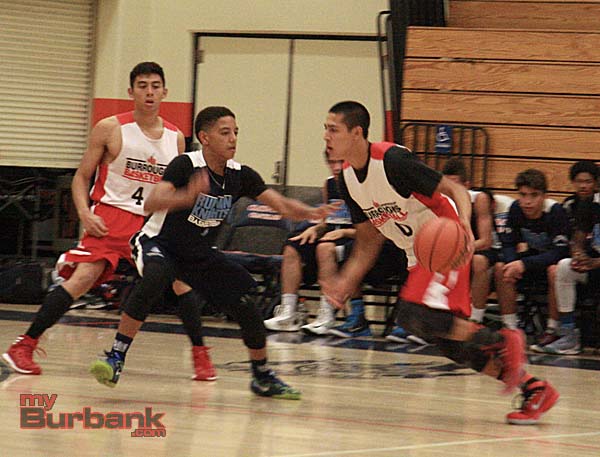 “We have a very experienced team that is hungry and plays very well together. Guys understand their roles. Everyone is buying in,” Hochberg said. “Guys are realizing that we have something here. We battle and get after it. We may not have the most talented five out there, rather it’s going to be the best five out there. The best five that work the best together.”

The Indians are strong at each position with depth available on the bench. Hochberg has challenged the Indians with a grueling summer schedule versus top-notch competition.

Hochberg has been very pleased with the summer progress of his team.

“It’s gone well because we are going in the right direction. Now it’s a matter of sustaining it and using last year as an example,” he said. “You can have a good summer but it doesn’t necessarily translate. It’s about building. And our discussion is about building towards February and March. Our goal, plain and simple, is to get a home game in the playoffs. To do that, you have to do a number of things during the season.”

Against Bullard, the Indians fought off a resilient squad from Fresno by breaking the press and converting layups and frequent triples from beyond the arc. 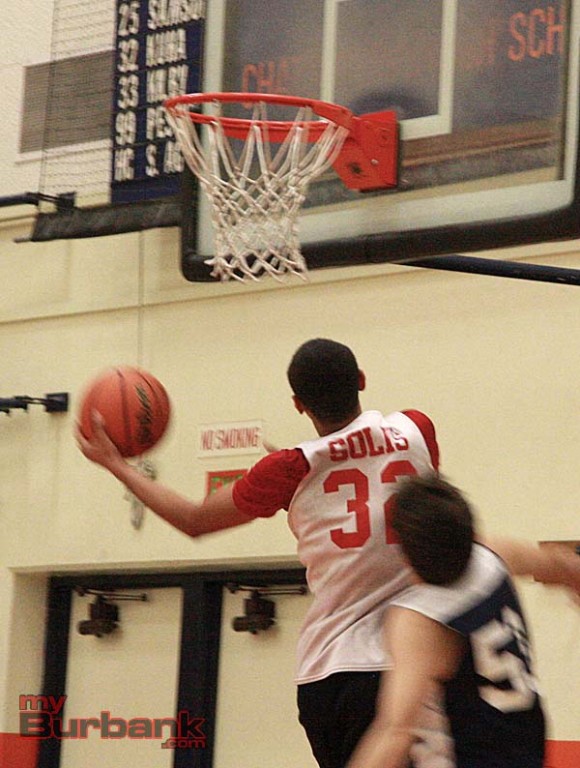 Angelo Solis drives to the basket (Photo by Dick Dornan)

Leading 15-11 after the first seven minutes of the contest, Burroughs broke out behind Hubbell who ignited an 8-0 run by knocking down two three-pointers and a layup to extend the lead to 23-11.

Shortly thereafter, Allen drilled a three and Lee nailed a triple on an assist from Hubbell.

The Indians took a 31-20 lead into intermission and made it a 14-point cushion when Lee converted another three-pointer to make it 44-30.

Bullard responded cutting the deficit to 52-44 when Howard stepped up and made a layup followed by a foul line jumper to make it 58-51. Indian free throws cemented the victory.

“We finished the game and that was important,” Hubbell said. “We have a lot of newcomers from JV and a couple transfers. We have experience too. It’s going well so far.”

Hubbell and Lee form a deadly backcourt with each player having the ability to run the point guard position or swing to the two-guard and drain the three.

Lee finished with a double-double (17 points and 10 assists) while Hubbell scored 18 points to go along with four assists, four rebounds and three steals.

Howard added 15 points, Henderson chipped in with seven and Solis anchored the middle with nine points, 13 rebounds and two blocks.

Keep an eye out for Burroughs. If they play as a team and finish games, Hochberg and the Indians could be in seventh heaven by season’s end.