The “Rollerkings” will be hosting registration for its Spring Season starting this Saturday, March 3. The roller hockey program is a great opportunity for youth in the city of Burbank looking to learn a new sport as it offers free use of equipment — including skates and a stick — as a part of its $150 registration for the season which lasts approximately four months. 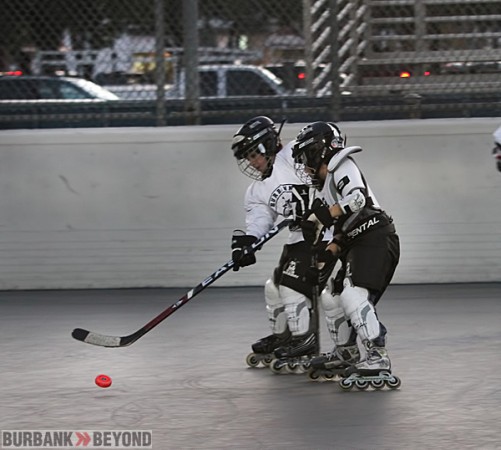 Kids of all ages can practice their hockey skills at Burbank's Hockey Rink located at Ralph Foy Park.(Photo by Ross A. Benson)

ith coaches, the city also offers an open rink from 4:00 p.m. to 7:00 p.m. each Friday for kids of all ages to come out and skate and play. The rink is located at Ralph Foy Park on Victory Boulevard.

“We offer the equipment as part of registration and chances for kids to use the rink because we know it is a sport they need to experience to see if they like it,” says Frank Dalessandro the league’s commissioner. “However as kids get more experienced the competition grows and the oldest league has some really good players.”

Players as young as four years old can participate in a “Learn to Play” program that allows players to learn the skills of the game of hockey. There is a more competitive 10-and-under division and a 16-and-under division as well. The divisions are open to both male and female athletes. 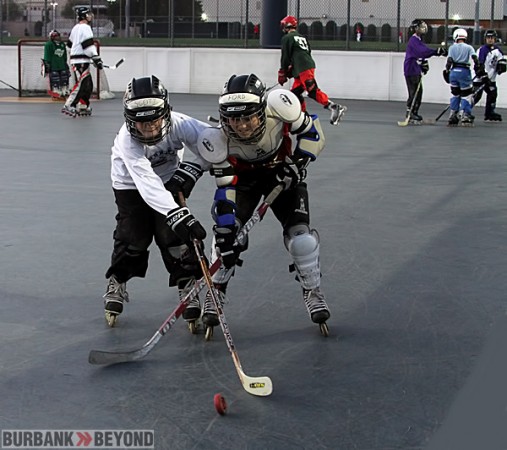 Open practice is played every Friday on Burbank's Hockey's Rink located at Ralph Foy Park. (Photo by Ross A. Benson)

Dalessandro added that the league hopes to expand with the addition of another division next season due to its growing popularity in recent seasons.

The Burbank Roller Hockey League is sponsored by the Los Angeles Kings and the Community Sports Foundation.