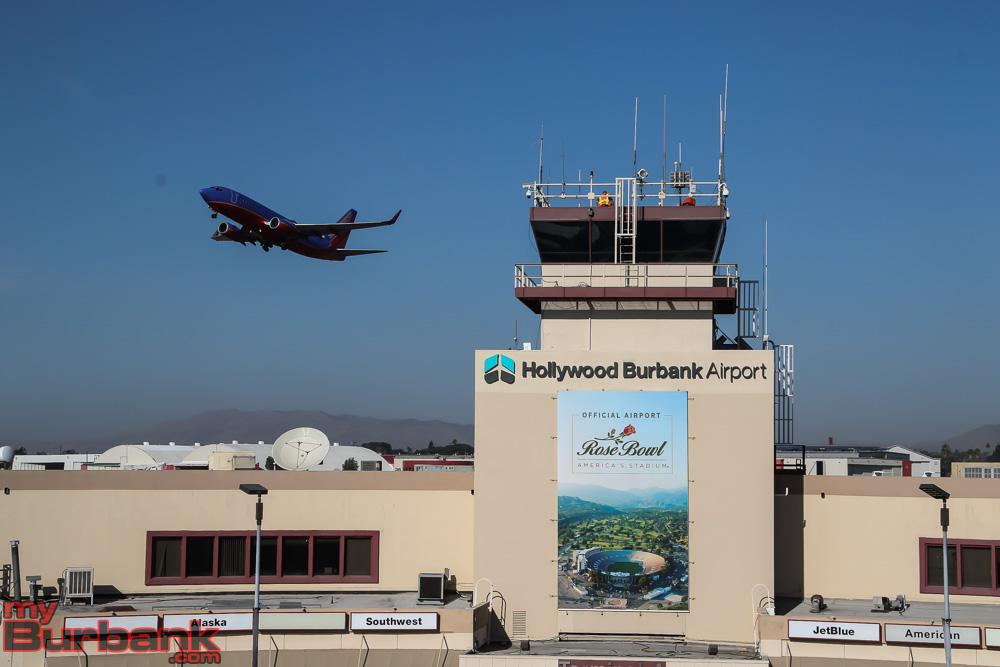 “An important part of creating this new identity was to give the terminal tower—the face of the Airport—signage that instantly lets people know they’ve arrived in the Media Capital of the World,” said Mr. Miller.

“By telling passengers where we are, we’re telling them all the great things our Airport and our community have to offer,” said Vice President Sinanyan. Hollywood Burbank Airport is the closest airport in the greater Los Angeles region to many of the area’s most popular attractions, including Warner Bros. Studios, the Americana at Brand, Rose Bowl Stadium, Downtown Los Angeles, the Hollywood sign and Universal Studios Hollywood. Passengers can also connect to public transportation at the Airport’s Regional Intermodal Transportation Center and at the Airport Train Station on Empire Avenue, with train service to destinations such as Disneyland, San Diego, and Santa Barbara.

“For passengers unfamiliar with our Airport, the word ‘Hollywood’ has international recognition,” said Mr. Miller. “But although we have a new name, we’re still the convenient Airport our passengers know and love.”

The Airport’s latest passenger amenity is its new therapy dog program, Traveler’s Tails, which also officially launched this morning in the Terminal A ticket counter area. The Airport Authority has partnered with the Alliance of Therapy Dogs (ATD) to provide Airport passengers with stress relief and comfort through interaction with certified therapy dogs in Terminals A and B. ATD provides registration, support and insurance for members; lists of certified local volunteers; and visits to hospitals, special needs centers, schools, nursing homes, and airports.

With the launch of Traveler’s Tails, Hollywood Burbank Airport becomes one of over 50 airports in the country with pet therapy programs.