Burbank Firefighters were on a call in the area when they noticed a couple of horses roaming the streets near Riverside Drive and Mariposa Street, they in turn notified the Burbank Police and the chase or trot was on. 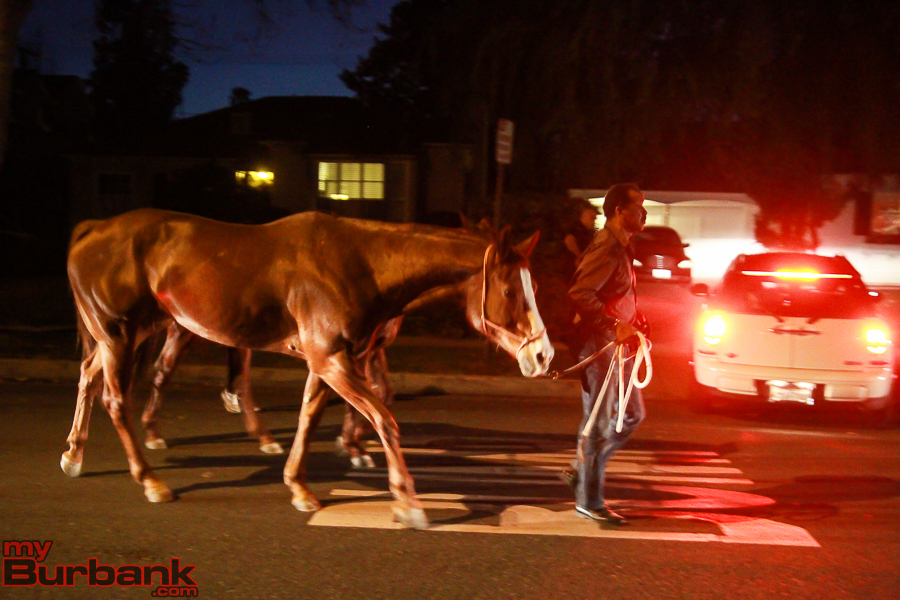 Burbank Police followed the horses first North on Mariposa to the area of David Star Jordan Middle School where the 2 horses walked freely into the schools parking lot, they then proceeded back onto Mariposa and went southbound. The Burbank Police Helicopter overhead directing officers and assisting ground units.

To protect the horses from being struck patrol cars blocked the intersession of Alameda & Mariposa and the 2 horses continued southbound toward Parkside,

The Burbank Police Department put calls into the Animal Shelter to respond along with attempting to call personal at The Los Angeles Equestrian Center.

Several residents in the Rancho area started coming out of their houses some with ropes and bridles, and within a few minutes the owner of the horses realized the 2 horses  got out of their stalls and came running with their bridles and led them back home.

Traffic returned to normal in the area and the horses returned home, Burbank officers left the area shortly there after.