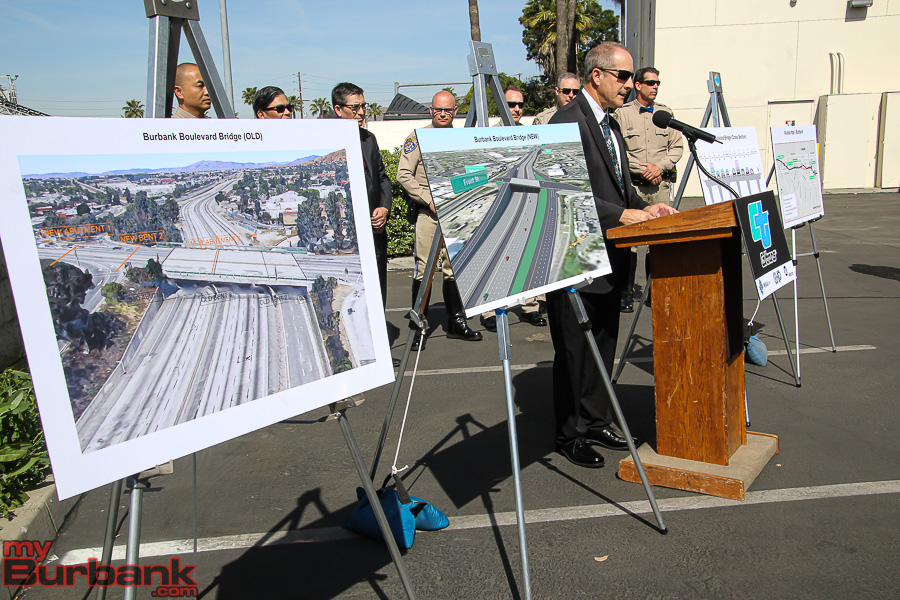 With the Burbank Blvd bridge and the Golden State freeway as the backdrop, Caltrans announced at their press conference Thursday the 1-5 freeway will be closed in both directions at the City of Burbank in late April, while the Burbank Boulevard bridge will be closed to motor traffic starting on March 14. 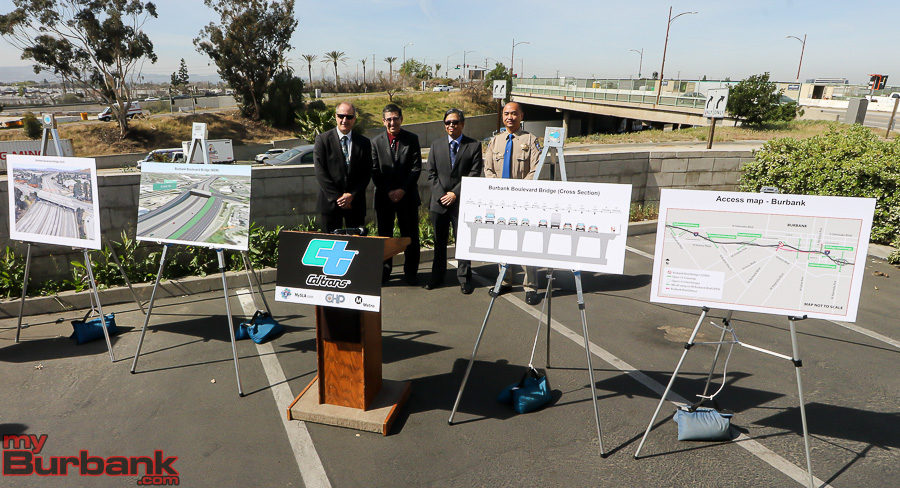 Working closely with the City of Burbank and Metro LA, the freeway closure will be the biggest since the 2012 closure of the 405 West LA, infamously dubbed Carmaggedon.  Lasting 36 hours, the closure starts Saturday, April 25 at 3 p.m. and ends at 3 a.m. on Monday, April 27. During the closure, Caltrans workers will demolish the Burbank bridge to make way for a new and improved bridge.

In an effort to avoid a Burbank Carmaggedon, Caltrans will place signs with alternate freeway routes and detours along the I-5 starting from the northbound 1-5/405 freeway split in Irvine and along the 1-5 southbound. Caltrans and the CHP have asked the public to use the alternate routes or stay home. 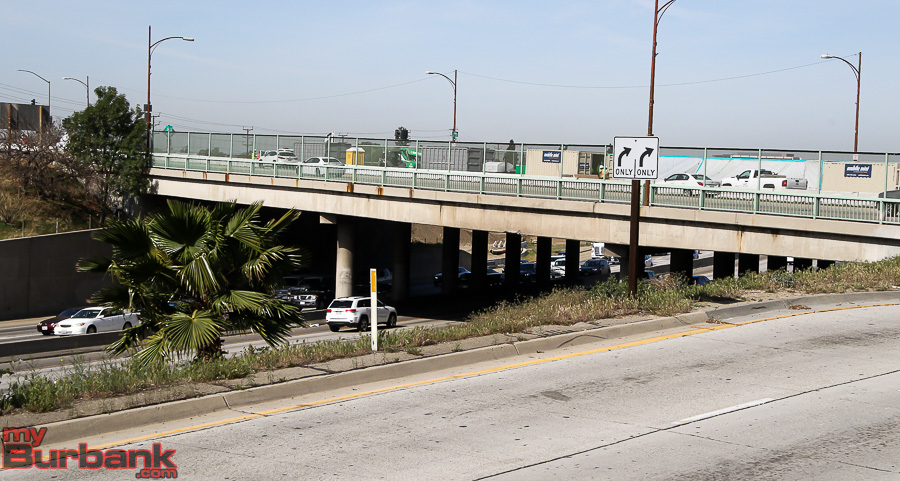 Caltrans is currently working with first responders to find them alternate routes and with the Hollywood Burbank Airport to plan northbound routes to the airport. 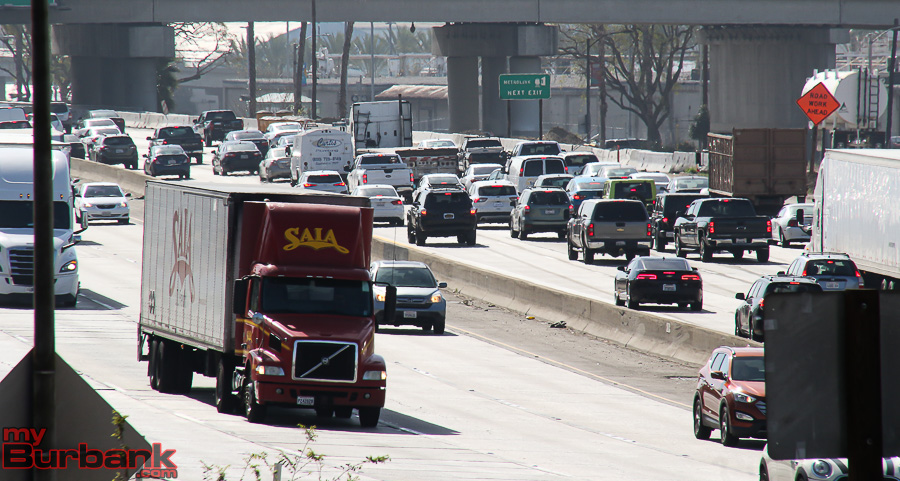 Burbank Blvd. bridge will be closed to motorists on Saturday, March 14 starting at 12:01 a.m. allowing contractors to prepare the bridge for demolition. The new bridge will open in 14 to 16 months.

The bridge and freeway closures are part of Caltrans’ $355 million 1-5 corridor improvement in Burbank; it is a section of the larger ongoing I-5 North Corridor Improvement Projects. New HOV lanes, improvements, and upgrades will be added to the freeway. 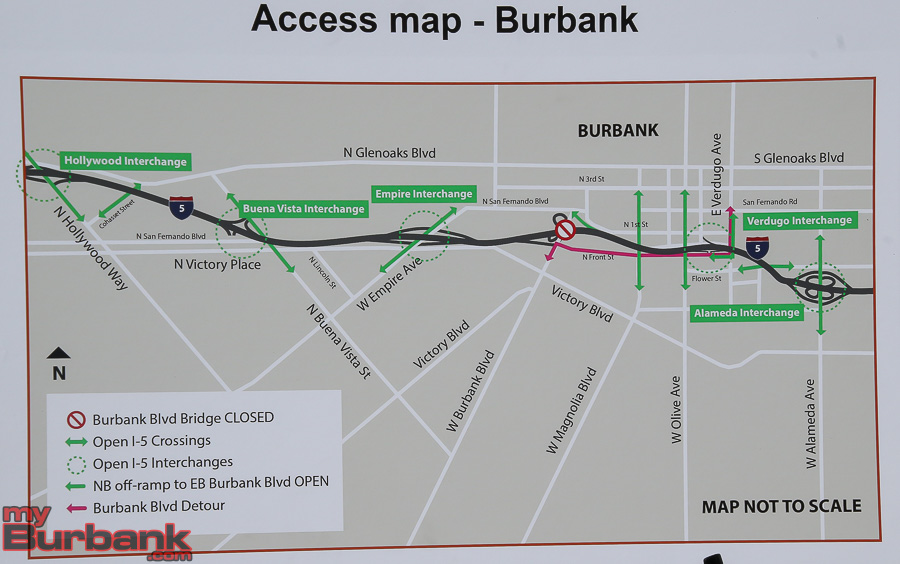 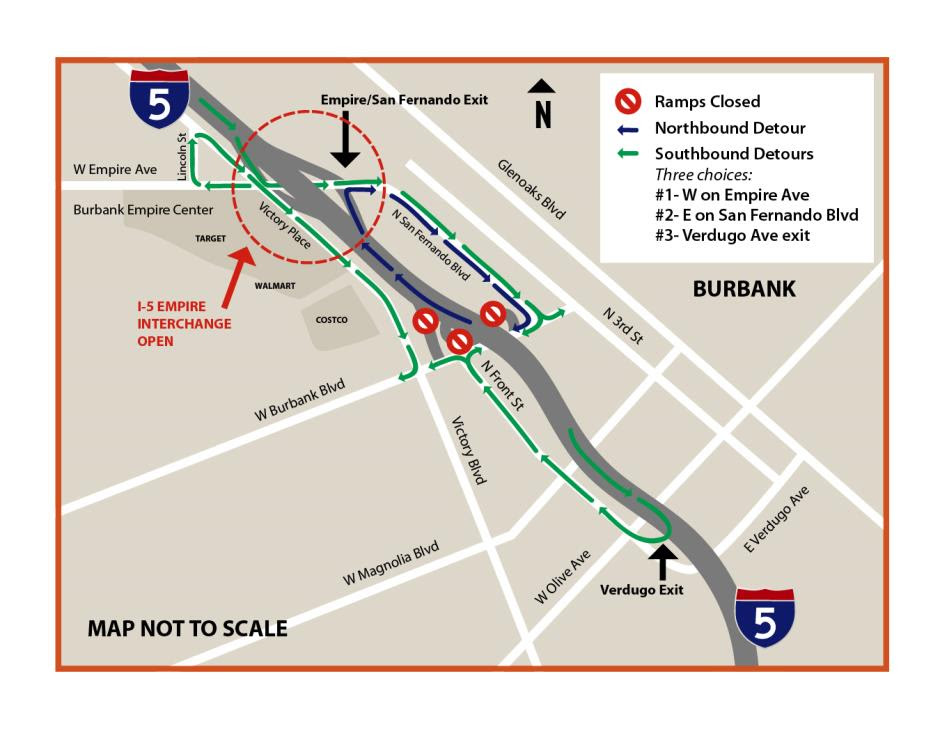 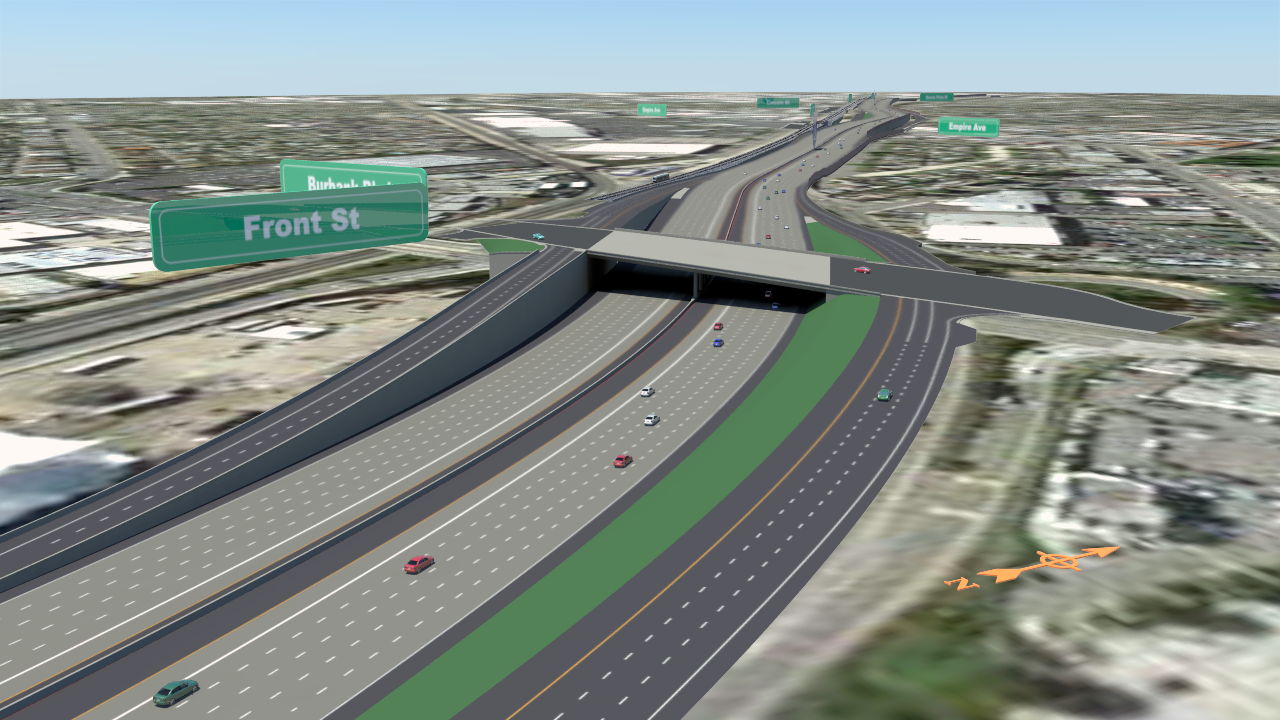