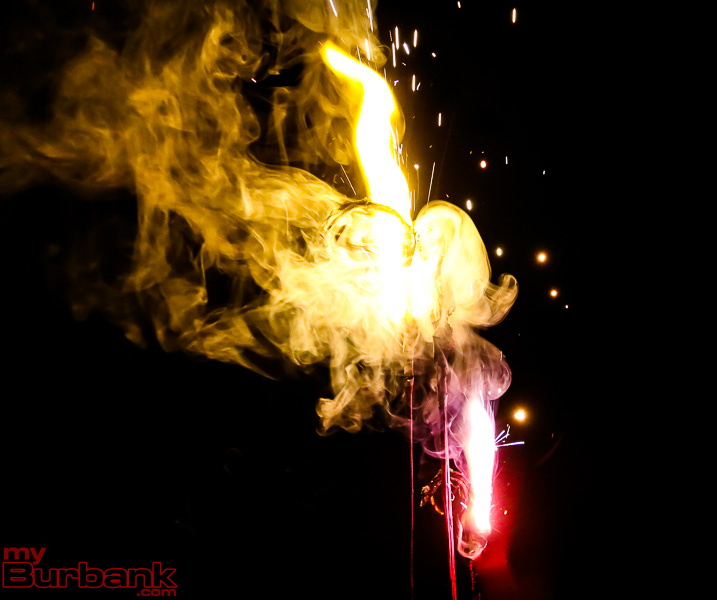 The Fourth of July arrived early this year—nearly a month and a half early – and Burbank residents are not enjoying the fireworks.

Terrorized, tortured, and just plain scared are adjectives people are using to describing the nightly barrage of illegal fireworks assaulting their communities since May. Residents are at their breaking point, and they want the city to do something to stop the nightly explosions keeping them up at night, sometimes until the early morning, and harassing their pets.

Complaints of legal and illegal fireworks have exploded countywide and have extended to big cities across the nation. CNN recently reported that in the first part of June, Boston had a 2,300% increase in the number of complaints over the same time last year. While leaders in the legal fireworks industry have never seen sales shoot up so early in the year.

Despite all fireworks being illegal in Burbank, complaints of fireworks noise have doubled in Burbank, and city officials are not sure where the abundance of fireworks is coming from. Speculation is that they were purchased in other counties, other states, or in Mexico, where all types of fireworks are for sale to the public. Theories as to why firework usage is so much more intense this year include COVID-19 stay-at-home cabin fever or there is more availability of the fireworks. The LA Times reported fireworks seizures have been made throughout the state, last year the California Fire Marshals took in 30,000 pounds of illegal fireworks, with Irwindale police hauling in 2,000 pounds of illegal fireworks from an Irwindale home last week.

Fireworks are not unusual this time of the year, but there has been a heavier use of them this year. Finding the people setting off fireworks is very difficult. The police have to witness the person in the act of shooting off the fireworks, and pinpointing where explosions are coming from is very hard to do by the sound alone, said Sergeant Derek Green of the Burbank Police Department. Using fireworks in Burbank is a misdemeanor. If a resident can identify the person using fireworks, they should call the BPD and ask them to come out. The resident can then sign a citizen’s arrest, and the fireworks user will be sited.

Fireworks are dangerous. They can cause serious injuries and fires, said the BPD. On June 18, the fire department put out a small brush fire that was believed to have been started by fireworks.  Perpetrators and parents of children who cause damage with fireworks can be held liable and responsible for the cost of fire and police services responding to fireworks-related calls.

Burbank resident, Robin Randall started a group on NextDoor, a social media site, where residents of their own neighborhood can communicate with their neighbors, the Neighbors Against Illegal Fireworks. She formed the group after reading active threads on NextDoor complaining about the noise from fireworks. Comments like: “My two young kids jump out of their beds/cribs after every blast,” “My dogs and even my cat are traumatized,” and “I couldn’t take it anymore.…I called the cops for the first time in my life!” were common.

Randall has heard from a blind couple whose service dog was so afraid of the noise it stopped guiding them, a veteran with PTSD who couldn’t take explosions and parents with children having anxiety problems from the noise. She has even recorded videos of the explosions at night. Burbank resident Steven Reese wrote in an e-mail that his dog spends most evenings cowering in the shower from fear of the nightly explosions. Some nights they last into the early morning.

Many believe much of the noise is coming from North Hollywood on the border with Burbank. In a letter to the Burbank City Council, Randall explained the situation and suggested Burbank partner with North Hollywood to solve this mutual problem.

“Staff is reaching out to LA Councilmember David Ryu for collaboration on this. My theory is that since municipal fireworks events are canceled, there’s an abundant supply of fireworks for sale,” responded Mayor Springer.

As the mayor works to coordinate a plan of action with North Hollywood, distressed neighbors are organizing volunteers to pinpoint the firework explosions using the app Compass in an effort to catch the amateur pyrotechnicians.