By Suzanne Weerts
Special to BurbankNBeyond

The glory of ancient Greece came to life in the Auditorium and on the grass fields of Jordan Middle School on Friday, March 15th at the 12th Annual Greek Day Celebration.

The Opening Ceremonies featured the crowing of Zeus and Hera for the 6th grade class of 2013. Alyssa Ledesma wore the Goddess crown of Ivy, while this year’s Zeus, Max Wolloff, received the title of King of the Gods. After taking the Olympic Oath, students enjoyed a performance of “Theseus and the Minotaur” by follow classmates in Chris DeMore’s Musical Theater elective wheel class.

One of the play’s narrators, Nastazia Lukic, loved participating in the singing and dancing, “I learned so much about the Greek Gods and Goddesses,” said Lukic, “Athena is definitely my favorite.” 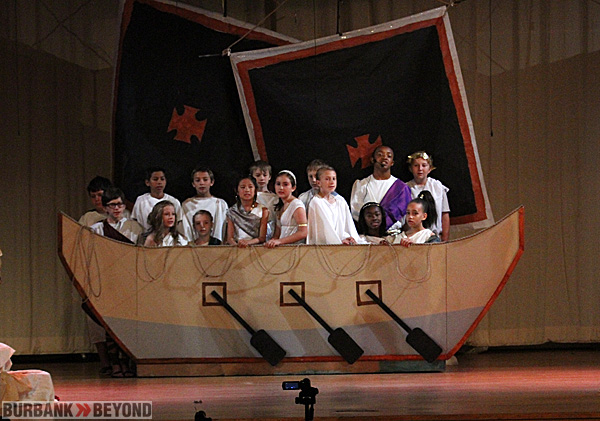 A parade of city-states followed as students marched through the auditorium carrying the banners they created to represent Athens, Argos, Corinth, Marathon and Sparta. The chiton-clad students, staff and volunteer parents then proceeded to the Olympic Arena for the Greek Day Games. Bedecked and bejeweled teachers led the Olympians through sprints, baton races, discus throws, long jumps, javelin throws and chariot races, (otherwise known as the wheel-barrow race.)

“It felt cool to thrown something really hard in the air and not get in trouble for it!” said 12 year-old Clayton Caldwell after his javelin competition. 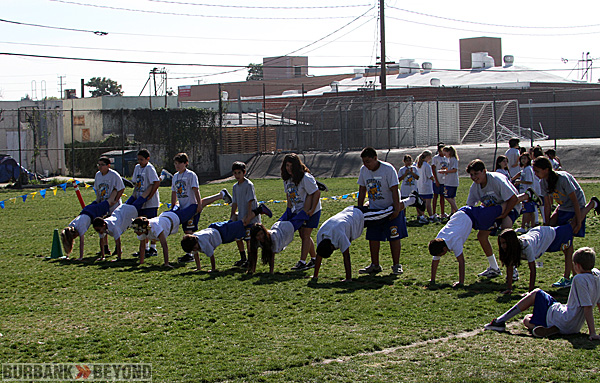 PTSA parent volunteers helped serve a tasty Greek feast catered by BUSD food services, while music from the Greek Islands added ambiance to the occasion. The festivities concluded with a one-man professional play called “The Voyage of Odysseus,” followed by the awarding of the Olympic medals at the closing ceremonies.

Principal Stacy Cashman couldn’t have been happier with the smooth production of the events, “My favorite part is seeing the teachers, students and parents all dressed up, having fun and so enthusiastic about history,” said Cashman. 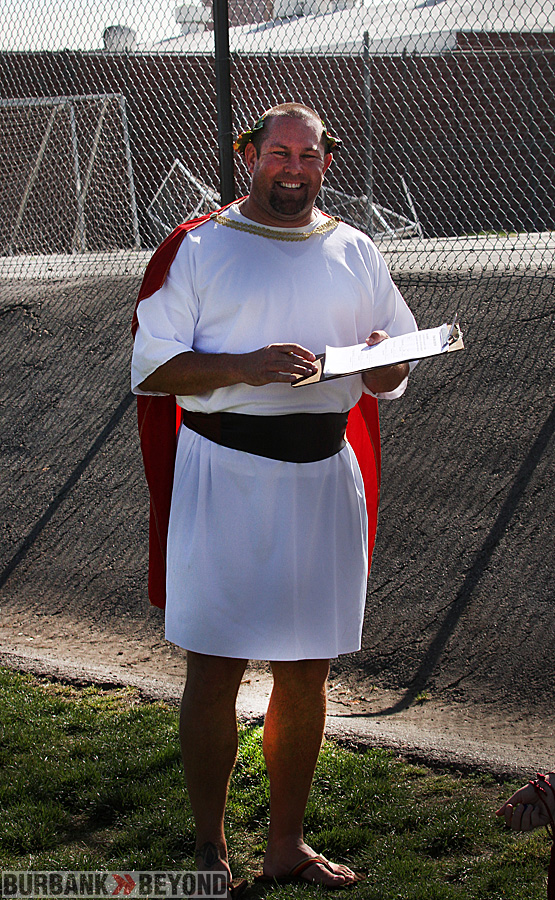 P.E. Coach Knoop donned the garb of the day. John Belushi would have been proud (Photo by Ross A. Benson)

Volunteer Lisa Myers agreed that the whole event was a great educational experience, “The kids were very engaged and I learned a lot today too!”

And 11 year-old Nicholas Rabadi was all smiles and the day drew to a close, “This was the best day ever!” 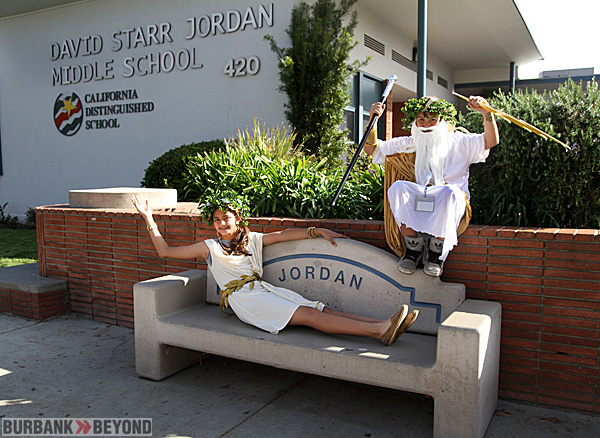 Crowned with the Goddess Crown was Hera Alyssa Ledesma, and The King of Gods was Zeus Max Wolloff. (Photo by Ross A. Benson)

no images were found