The Pacific League announced its All-League selections in football and Burbank and Burroughs came away with a plethora of recipients. A total of 28 players from BHS and JBHS received recognition after their efforts this past season. 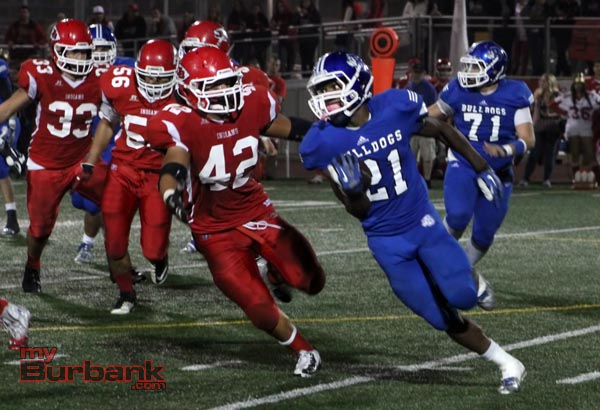 Burbank’s James Williams received the “Offensive Player of the Year” award for the second year in a row. Williams rushed for 1,469 yards on 164 carries and scored a school-record 22 rushing touchdowns. He also added 482 yards receiving on 22 catches including five touchdowns.

Williams recorded an amazing 2,307 all-purpose yards (178 per game) and 29 touchdowns total. The junior will be a highly sought recruit next season. 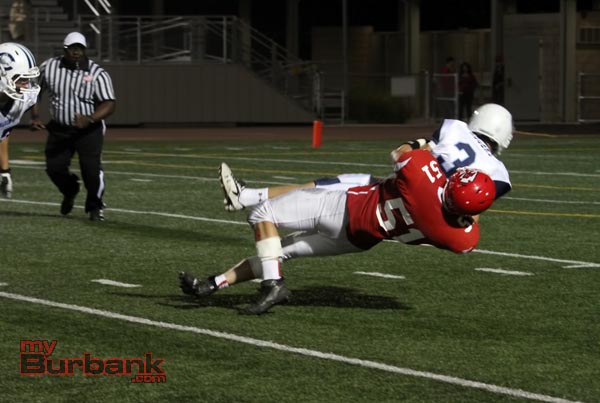 Burroughs’ Hawkins Mann was a one-man wrecking crew for the Indians as he earned Lineman of the Year honors. Mann, who has committed to play at San Diego State, energized a Burroughs’ defense with his relentless attacking and energetic style of play.

Mann had 64 tackles in seven games including 41 solo tackles. He played on both the offensive and defensive lines.

The Bulldogs’ defense was represented on the first-team by lineman Kyle Alvarez and defensive back Sebby Santoro.

Defensively the Indians had lineman Brad Peppmuller and linebacker Cameron Rodriguez on the first-team.

Here is the entire list of honorees for the Pacific League which includes second-team and honorable mention: