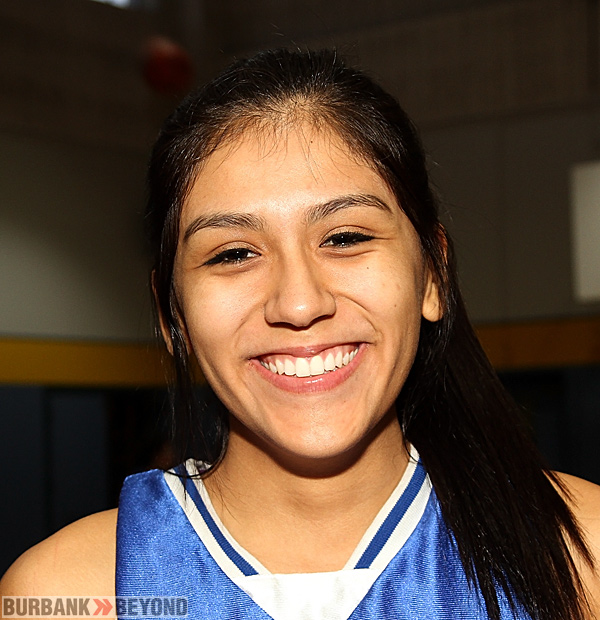 The sibling story is one that is almost too easy to write. The older sister is a senior finishing-up a solid career this week, the other is a junior not worried about what will happen next, and they are both key pieces to the Burbank High girls’ basketball team’s success this season.

Add for good measure the duo’s older sister, Lissette, who roams the gym as a volunteer coach for the Bulldogs. She is a 2007 BHS graduate, obviously proud of what her younger sisters have accomplished this season.

There is something more to the story, however, that the “Gonzalez Girls” want hoop fans to know;

“We’re a family,” Damarie, the senior says pointing to a group of teammates who are huddled in the corner of the gym after practice Monday. “All of us.”

The best teams indeed find a bond and a respect for one another that teams with more talent who struggle never even seek. That appears to be what has happened with the Bulldogs this season who are 15-10 overall and 9-3 in the Pacific League (second place) heading into the season’s final week. 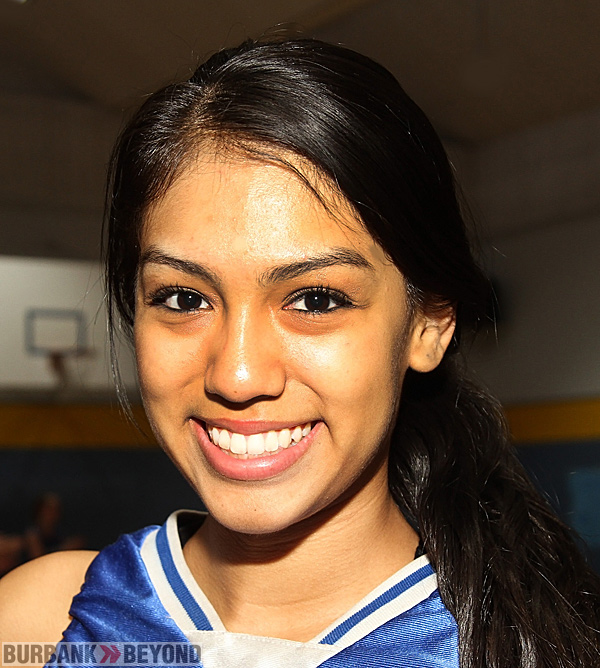 “It is just a real close group and it shows on the court,” head coach Bruce Breeden says. “This season has been a lot of fun so far and we are just trying to take it all in.”

In league, Damarie has taken more than 10 shot attempts in a contest just once, when she took 15 shots in a one-point win against Crescenta Valley last month. It is perhaps the most telling example of how well Burbank has functioned as a team this season.

“You look at our stat lines and nobody averages double-digits (in league), but the numbers are pretty even across the board” Breeden says, “We have a few right there and a lot of players who are very consistent with their effort, their play and how they feel about one another.”

Jamie Gonzalez is averaging 9.7 points per game and acknowledges that she has learned a lot from her sister, despite the fact that they play different positions.

“She’s a center and I am a guard, but she has taught me to look for my shot, to have confidence in my shot,” Jamie says when asked point blank what she has learned from her older sibling.

Junior Aja Locke is the third piece to the team’s success averaging seven points and seven rebounds on the season.

The team has been steady and consistent this season, despite having only five seniors on a roster of 14. With the exception of six losses in an eight game stretch during a holiday tournament the team has been focused and prepared from one game to the next. It has dropped two straight in league just once, when it lost to Muir and Pasadena January 23 and 25. The Bulldogs responded with three straight road wins over Crescenta Valley, Hoover and Glendale highs.

Burbank’s girls basketball program is still getting use to this sort of success.

I was talking to our AD (Fred Cook) last week and he and I were trying to remember the last time the program finished in second place and we couldn’t” Breeden confesses. “We were in first for 24 hours after the first round of league (before a Pasadena win at Muir was forfeited for the use of an ineligible player) but second place wouldn’t be a bad place to finish-up if we can get two more Ws this week.”

Breeden recalled only one other time his team has been this high-up in the standings — his first season three games into the Foothill League schedule. “We had beaten Canyon and Burroughs had upset Hart and there were a lot of teams 2-1,” he said. “Of course, we missed the playoffs that season.”

The Dogs are in the CIF Southern Section’s “big dance,” but who they will be dancing with will be determined on Selection Sunday on February 12. This week’s games against Arcadia and Burroughs are crucial. 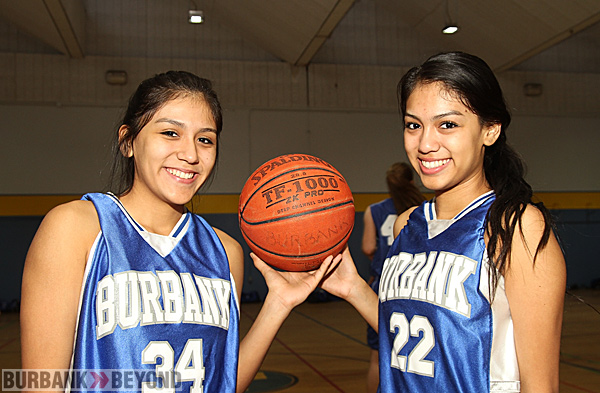 “We will just hopefully keep doing what we’ve been doing all year; stay focused, play hard and give ourselves a chance to win,” Breeden says.

Breeden’s approach seems to be one his players have bought into as well.

“He’s loud, you have to,” jokes Damarie. “He makes it fun though too,” Jamie adds.

With success comes the slightest hint of a swagger. The Gonzalez Girls confess to teasing the boys team a little about their season.

“We point to the records a little and play that they shouldn’t get all the attention, but I think they know we are messing around,” the sisters agree.

They will also use the boys’ program as motivation. Just two seasons ago the Bulldogs boys’ team rode a hot streak to the CIF title game before losing to Compton.

“The goals are always simple at the start of the year,” Breeden says. “Win a tourney and we managed to place third, win league and we’ve got a shot at second and make the playoffs and see what happens… I like how we are playing right now and we will talk about staying hot in the postseason after we’ve done what we need to do this week.”